On this page of our Desperados 3 guide, we have posted the last third part of the walkthrough for Mission 16 - The Old and the New. This is a confrontation with Frank in the cemetery in front of the chapel. This encounter can be described as a fight with the final boss, as Frank cannot simply be shot. Our walkthrough tells you how to kill Frank and how not to get Cooper killed. The perfect execution of all actions will allow you to see the only available ending.

Our walkthrough of Mission 16 contains references to the map in the world atlas, which can be found on the first page of this chapter. For example, the designation (M16,5) indicates that you should find a blue point numbered 5 on the map for Mission 16. 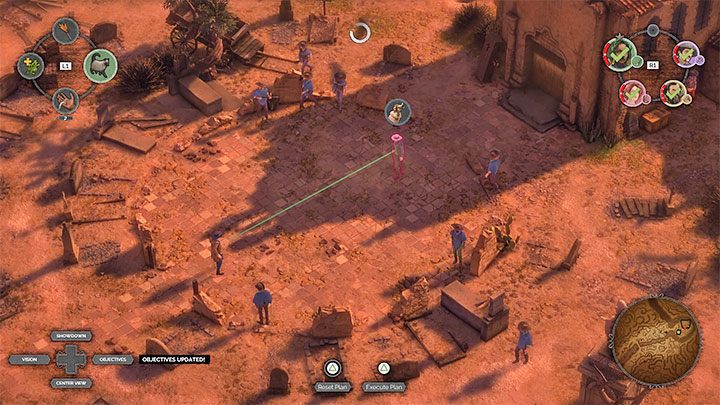 Preparing for the confrontation 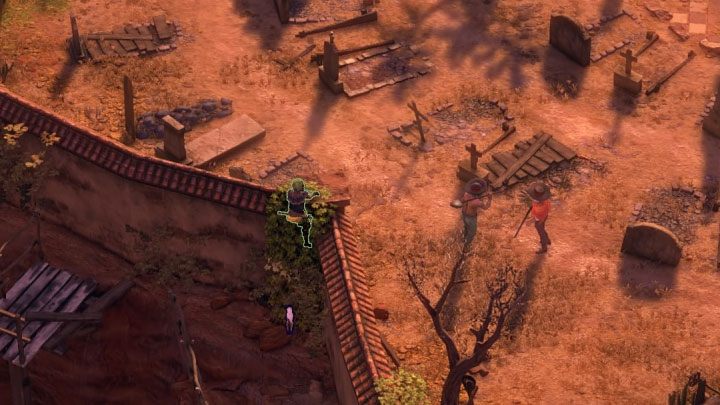 You can sneak into the cemetery by climbing vines. As Cooper remains inactive, the only character able to interact with vines is Isabelle. Take a look at two adversaries talking at one of the graves. Don't risk using Connect on them - attack opponent 1 after enemies disperse, hide his body quickly and dispose of opponent 2 as he searches the area for his colleague.

Getting rid of these enemies will allow the three remaining heroes to safely sneak into the cemetery after the main gate is opened. Make sure they stay in a crouched position, of course.

Warning - Do not plan combined actions in Showdown Mode to kill optional opponents unless you plan to activate this mode for certain characters only. You can't "cancel" Cooper's action, so with Showdown Mode on for all the characters, Cooper would try to shoot Frank and die. 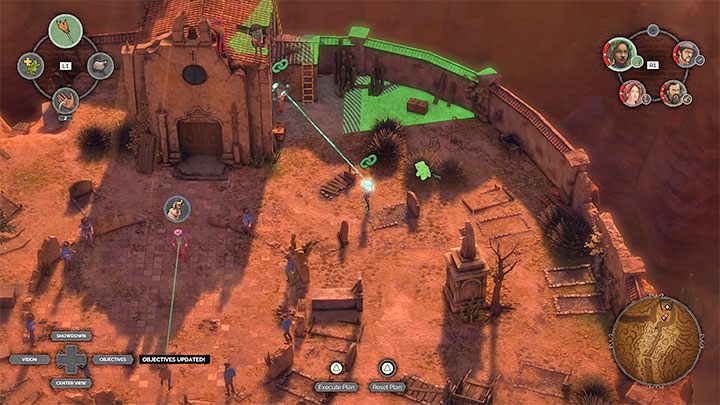 One of the enemies on the right can be dragged away by Hector's whistling. What is important is that he goes beyond the viewcones of all the enemies gathered around Cooper.

To the right of the chapel, you can use Connection on two opponents. Before you kill them, use Kate's perfume to blind two enemies who stare at this area. 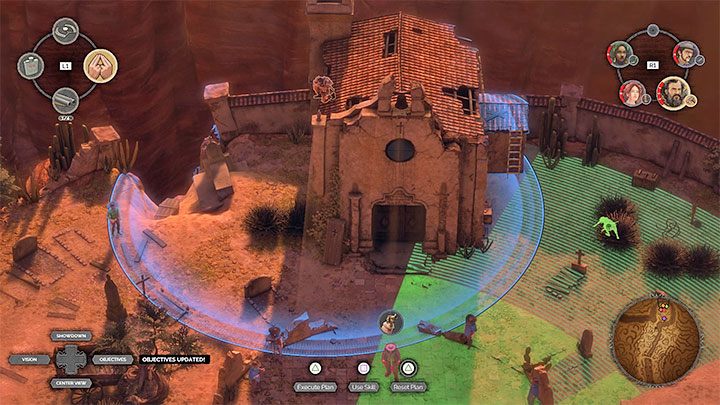 Opponents from the roof of the chapel can be easily led down - distract them with Hector's whistling and place a second team member by the ladder to eliminate them as soon as they come down.

There is another guard to the left of the chapel - go out to the roof of the chapel and whistle for the guard to march towards the building. You can get rid of him any way you want, like jumping on him after he reaches the ladder. 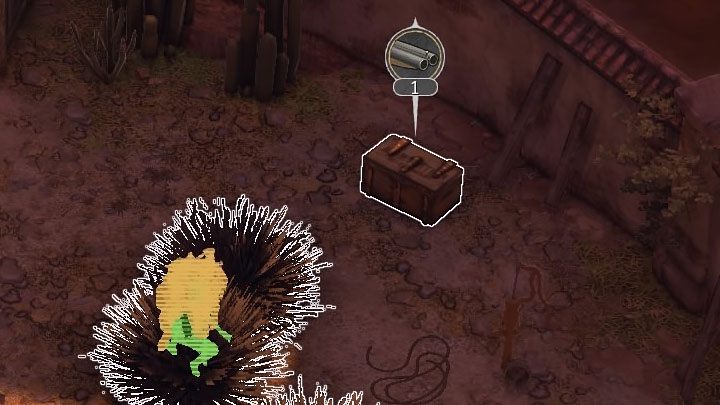 On the cemetery grounds, there are three ammunition crates - for Kate's revolver, McCoy's scope pistol and Hector's sawed-off shotgun. Ensure that these characters have at least 1 cartridge in stock. Only Isabelle doesn't need ammunition because she doesn't have a firearm. 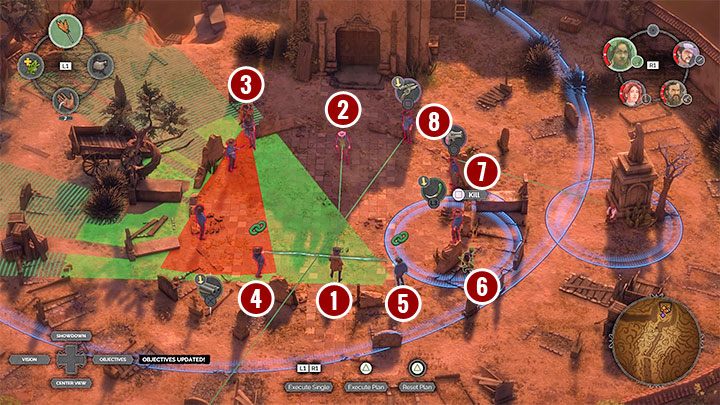 The image above shows an example of the correct placement of the team members with an action plan for each of them. Try to recreate it perfectly. Here is a detailed description of this image: 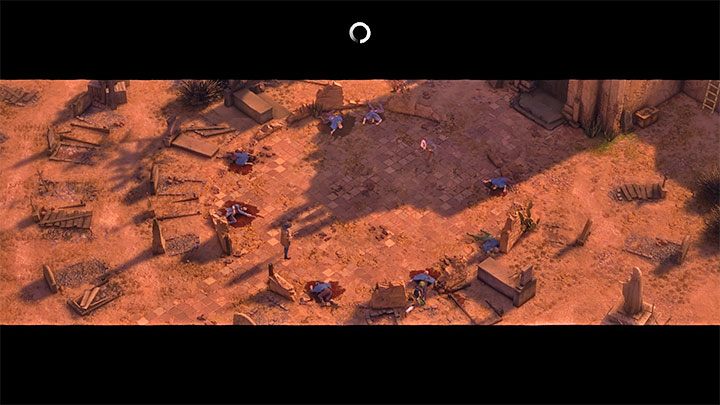 To be sure, save the game before activating Showdown Mode. If you have correctly planned the actions for all the characters, then all of Frank's henchmen will be murdered in a single action. Frank himself is fatally shot by Cooper and the final mission ends. Congratulations!