Our guide to Desperados 3 will help you finish all campaign missions and complete the game in 100 percent. The tips and tricks contained in this guide are addressed to both less experienced players as well as those who have played the previous parts of the series and Shadow Tactics. Since Shadow Tactics and Desperados III were developed by Mimimi Games, a lot of gameplay mechanics and controls will work very similarly.

The tutorial is divided into two large parts, and the first of them is the game guide. It primarily offers starting tips where we describe various important things you should know before playing the game. Other pages have detailed information on stealth and exploration, Showdown Mode (stopping time and planning a move), the differences between the available difficulty levels, or the rules for using the heroes' abilities.

The chapter dedicated to playable characters and their abilities is very important. Each of the available characters has their own abilities and inventory items, and this significantly affects their usefulness in certain situations. The guide also has an FAQ chapter where we answer various questions. You will find out e.g. how long does it take to complete Desperados 3, how to heal a wounded character, is it possible to finish the game without killing anyone, and why a character refuses to perform the command. The guide ends with the trophy/achievement guide which contains detailed descriptions of all achievements. We have also included information about the controls and system requirements.

The second major chapter is a detailed walkthrough for all the story missions. We have combined it with world atlas - each mission has a high-quality map where you can see e.g. important locations and places where you can find chests with valuable loot. Our guide tells you how to complete mission objectives, how to complete additional challenges (Badges), and how to play on hard where the opponents' senses are sharpened.

Desperados 3 is the long-awaited installment of the popular series started in 2001. The game is set in the Wild West. Our task is to command a group of heroes and perform various dangerous missions. Proper gameplay is best described as a combination of logic, stealth, and real-time strategy. We must carefully plan all the moves and try to avoid detection, as this can often lead to heroes' rapid death or failing a mission goal.

The game also puts great emphasis on the cooperation between the characters. Each playable character has their own equipment and skills, and it is up to us to decide how we use them. We can also combine the abilities of heroes and, for example, to eliminate a few enemies at the same time. The action is presented from the isometric perspective.

However, the game's environment is completely three-dimensional. Desperados III allows you to freely rotate, zoom in and out the camera to spot as many important things and characters as possible.

A few quick tips for beginners

For more tips and tricks, check the Starting tips page of our Desperados III game guide.

All missions of Desperados 3

In this guide we have included a detailed description and walkthrough of all missions available in Desperados III.

Our walkthrough of the main story campaign (the world atlas section) contains detailed maps of all Desperados 3 missions.

I have a question and I'm looking for answers

In the FAQ section of our game guide, we have provided solutions to common problems that may occur during the campaign:

Controls and the most important key bindings in Desperados 3

Below you will find an overview of the most important controls and key bindings for the PC version of Desperados III. The full controls list can be found in a separate chapter of our guide (Controls), where you will also find information about additional controls settings available in the game.

How to choose more than one character? 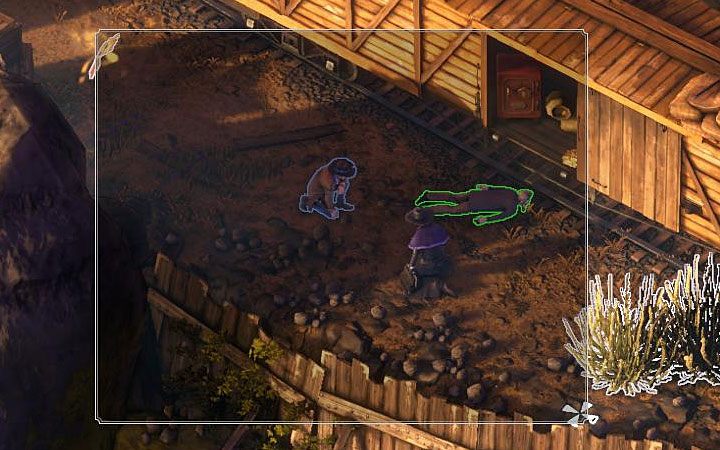 Selecting more than one team member can be useful, for example, if you want to quickly move your heroes to another place on the map. In the PC version, you can do this in two ways:

Are there any other characters from previous installments of Desperados 3?

Unfortunately, no, Desperados III doesn't feature characters like Sam, Sanchez or Hawkeye - fan-favorite characters from the first and second parts of the series. One can only hope that other characters will be added with DLC for Desperados 3 or in subsequent parts released in the future.

How to pick up a corpse or collect an item? 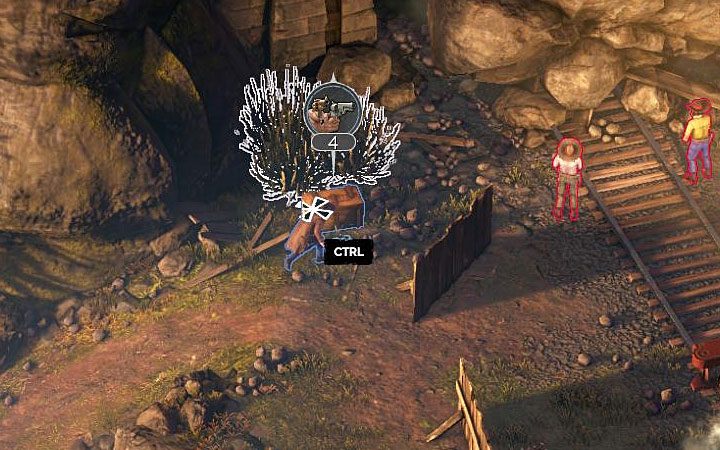 Picking up bodies and collecting items in Desperados 3 is not exactly that intuitive process or action. It's a two-step action:

The same way you can interact with objects that cannot be picked up or collected. This includes, for example, opening doors and crates or activating various mechanisms.

Can you stop the time in the game? 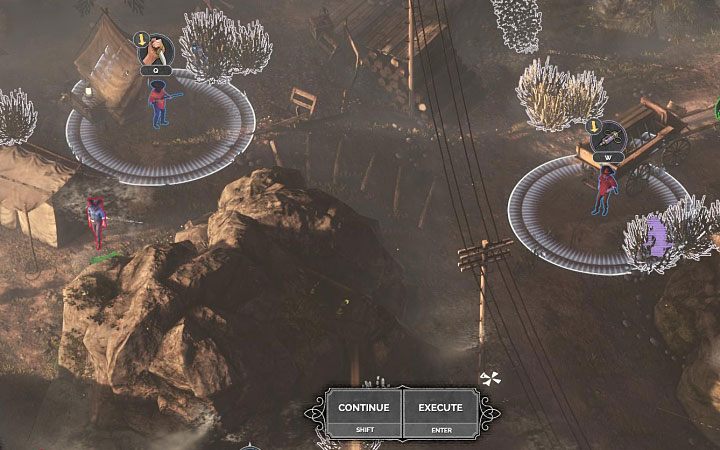 Yes, there is such an option and it is available on all difficulty levels except the highest - Desperado. You can stop the game time by pressing the SHIFT button on the PC version, that is, by activating the Showdown Mode. Stopping time alone is obviously not the only useful feature of this mode. You can use it to plan your heroes' actions and activate them at a convenient moment with one key press. Showdown Mode has been described in more detail in our game guide.

Desperados 3 also offers the opposite feature - you can speed up time by pressing the X key while playing the PC version. This option is useful, among other things, to shorten the waiting time for the mission target to appear in a particular spot on the map.

Can I repeat completed missions? 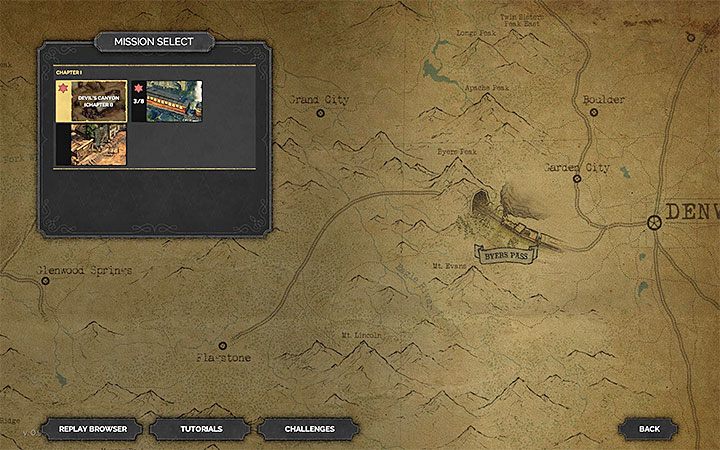 Yes, this is possible and absolutely necessary if you plan to complete all badges (challenges) of a particular mission. This is the only way to complete the mission in 100%. The mission selection screen is displayed after a certain level was completed and is also available from the main menu.

When repeating a level you don't have to be afraid of losing your previous progress in the aspect of completed challenges (badges) or the fact that you have already completed a mission at a high level of difficulty.

Are there any collectibles in the game? 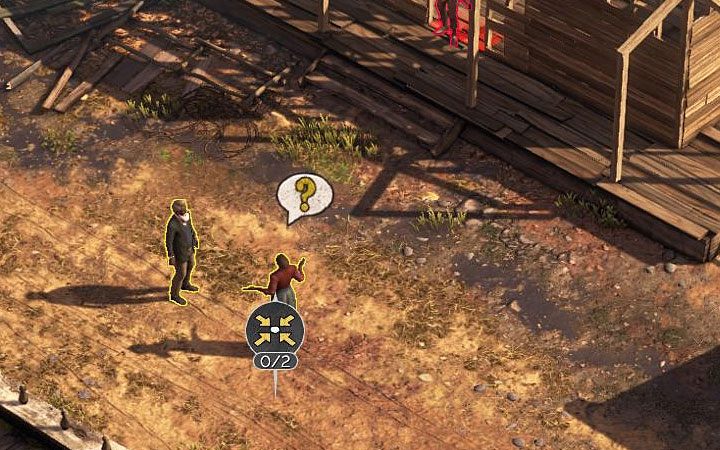 No, there are no classic collectibles / secrets in Desperados 3. You don't have to find documents, recordings, audio logs, paintings, artifacts or any other such items. Challenges (badges) can be treated as secrets, as they are only discovered after a mission is completed for the first time. They can also force you to carefully explore the maps, for example, to search for NPCs in order to eavesdrop their conversations.

Are there important choices in the game?

No, Desperados 3 doesn't offer any important choices. All missions have a fixed and imposed storyline. However, the game gives you a lot of freedom in completing mission objectives - you can choose different paths, use different heroes and equipment, and select your gameplay style. For example, you can remain stealth or engage in direct battles with enemies.

Why can't Cooper use a knife? 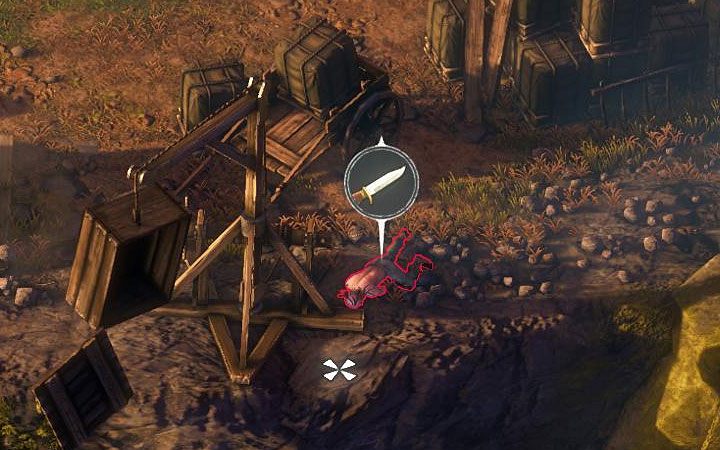 The answer to this question is very simple - Cooper has only one knife at his disposal and he can lose it temporarily. This will happen if you have decided to throw a knife at an opponent and forgot to approach his corpse in order to retrieve the weapon. You won't find any more knives during the game, so you have to 'take care' of this basic one.

A similar restriction also applies to some of the other heroes' gadgets, such as the bear trap used by Hector. It should also be collected from the ground after it catches an enemy or loses its usefulness.

Can you lie down on the ground? 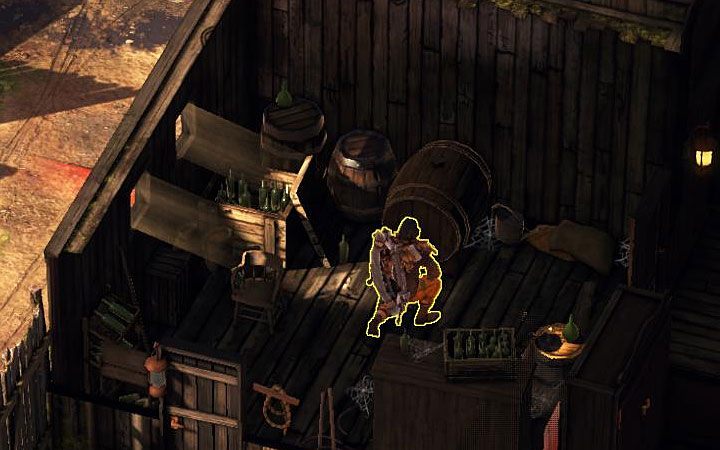 No, the authors of Desperados III didn't implement such an option. A controlled character can't start crawling. However, the heroes can crouch and move in a crouching position. This is very helpful in avoiding detection - the cones of the enemy's field of view are different for a standing hero (longer) and for a crouching hero (shorter). Moving around while crouching doesn't generate any additional sounds.

Is there a fog of war in the game? 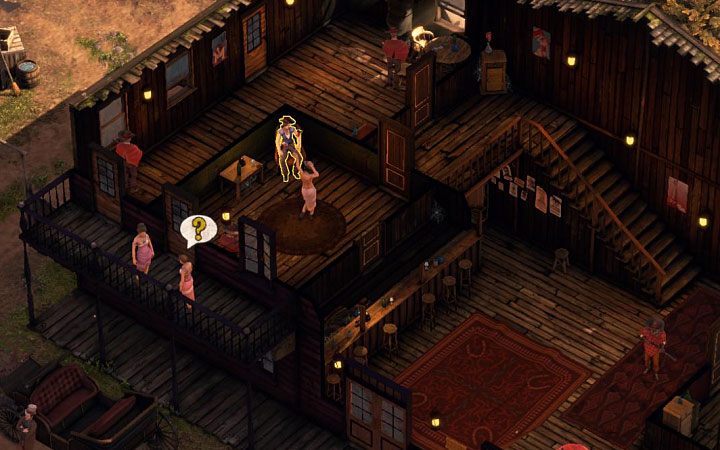 No, there is no fog of war in the game - the whole map is immediately visible and this also applies to forbidden zones and interiors of buildings. As a result, you can plan your route and how to eliminate / avoid your opponents from the first minutes of playing a certain level.

Some enemy reinforcements may arrive during a mission. This can happen after an alarm has been triggered or as a result of progress in the plot by focusing on the main objectives of the mission.

Why doesn't the game mark challenges as complete? 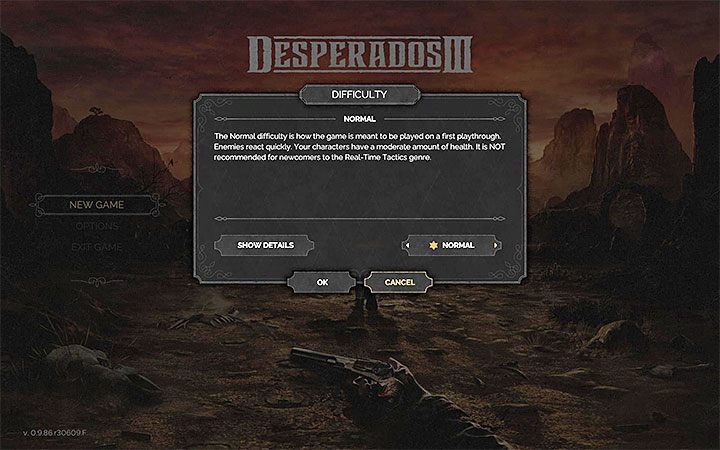 You can't complete challenges in Desperados 3 if you play on Beginner. You have to play at least on normal. The same goes for replaying missions to get the remaining challenges.

This is upcoming Game Guide and Walkthrough for Desperados III Video Game.

We are working on it now. We want to publish this Game Guide close to Desperados III Release Date.

The Best Strategy Games of 2020 - 10 Strategies Worth Your Time

This year was, quite surprisingly, a year of strategy games, bringing a diverse set of games to cater to all tastes. The question is, which games are worth the most attention?

The two biggest premieres of the month are definitely The Last of Us 2 and Valorant. In June, we will also play new Desperaros, returning after many years, a remasters of Command and Conquer series and a handful of interesting independent games.