On this page of our Desperados 3 guide you will find the final third part of the walkthrough for Mission 14 - The Wages of Pain. From our walkthrough you will learn how to avoid or eliminate new enemies from the map, as well as how to transport the unconscious Isabelle and how to get the whole team safely to the carriage of a stopped train. 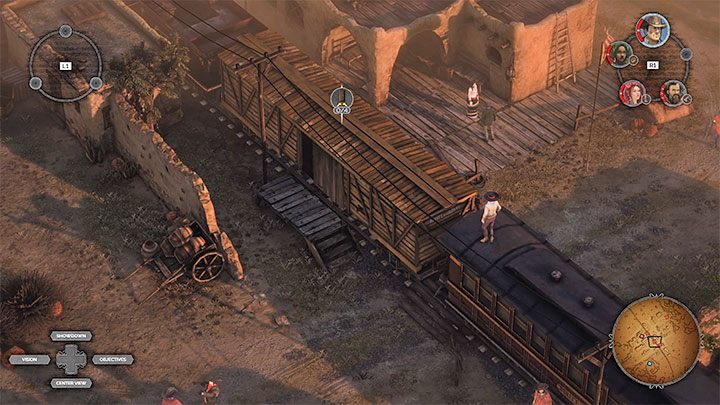 The final part of the mission will begin regardless of how you brought the train to a halt, whether by pushing the large wagon (M14,4) or scaring the cattle on the farm (M14,5). In order to complete the mission, all 4 heroes must enter a marked wagon (M4, 16) (from the left). The task will, of course, be interrupted by the new enemies who emerge from the stopped train.

In the final part of the mission, Cooper becomes a new playable character. He starts at the campground (M14,15). By default, Cooper carries an unconscious Isabelle, who cannot be awakened and take part in this mission. You can put her on the ground and use Cooper to do the work or just continue playing with Kate and Hector and get a badge for completing a mission without dropping Isabelle. 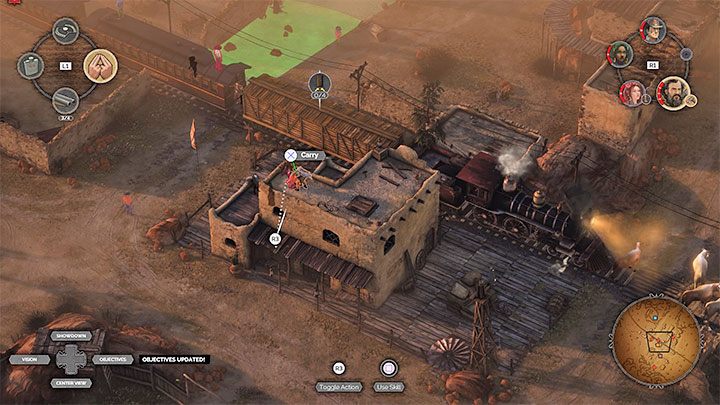 Enemies set up in the immediate vicinity of the roadblock (M14,6) are best ignored and simply bypassed, as you will gain nothing from dealing with them. Do not skip the railway station building (M14,10). It would be good to secure its roof again, but before you attack the poncho-wearing opponent wait until the opponent standing on the roof of the wagon is facing the other way.

Get the team to the back of the train and eliminate more opponents there. You can use flirting, whistling, and leaving footprints in the sand (M14,7). 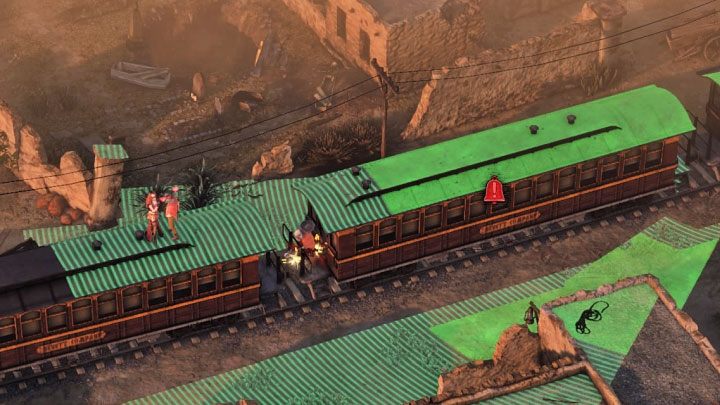 Bandits standing on the roofs of the carriages can be particularly problematic. The attention of at least one of them can be gained by bringing Kate on the roof and using flirting. If that is not possible, help yourself with perfume, for example, and eliminate other bandits as they pass between cars. 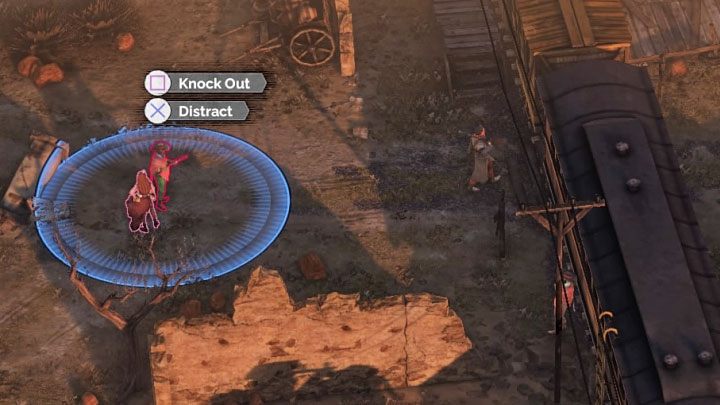 The hardest thing is to get safely close to the railway car which serves as an exfiltration point (M14,16), as its vicinity is guarded by a moving Long Coat. The easiest way to pull the bandit away from the roof of the nearest car is to whistle.

For the other enemies, always wait for the Long Coat to go in the opposite direction and approach them to start flirting and get them to turn around. It will allow you to get rid of opponents they've watched before. Always remember to move Kate to a safe location before the Long Coat returns. 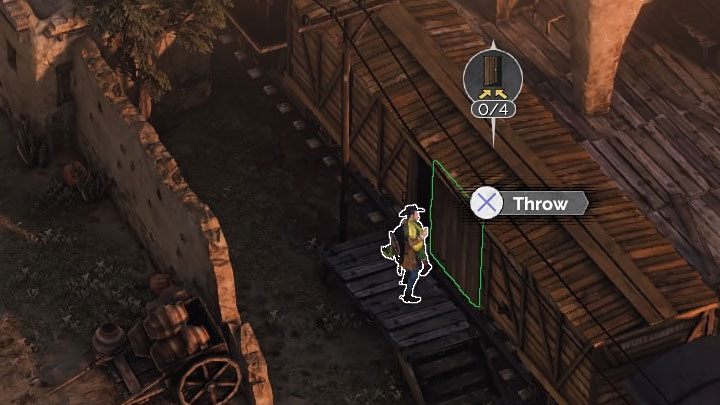 You don't have to clean the entire neighborhood of opponents. Just get rid of the bandits who would make it difficult for Isabelle to be safely carried to this place, where she needs to be placed in the railway car.

Get to the same place with all the other heroes. Getting everyone into the railway car will end the mission.