On this page of our Desperados 3 guide you will find the first part of the walkthrough for Mission 14 - The Wages of Pain. Our walkthrough explains how to effectively eliminate enemies standing by the tracks and how to get to where Kate's disguise is. 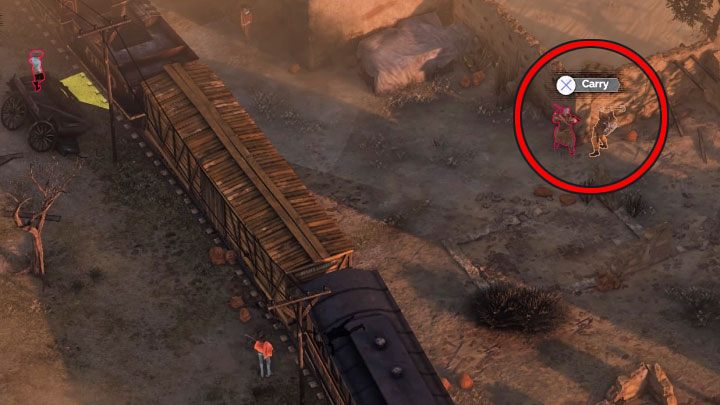 Kate and Hector begin this mission in the southern part of the map (M14,1). Before you start attempting to complete the mission's main objectives, make a detour for Kate's disguise, as it will be useful right to the very end of the level.

The map is divided in two by the railway tracks (M14,2) and a train appears on them every few seconds. The appearance of the train should not be treated as a threat (you have plenty of time to get off the tracks), but as a chance to eliminate opponents more easily. A passing train temporarily blocks the viewcones of the bandits standing on the opposite side of the tracks. This trick can be used immediately to kill a Long Coat shown in the image (M14,7). 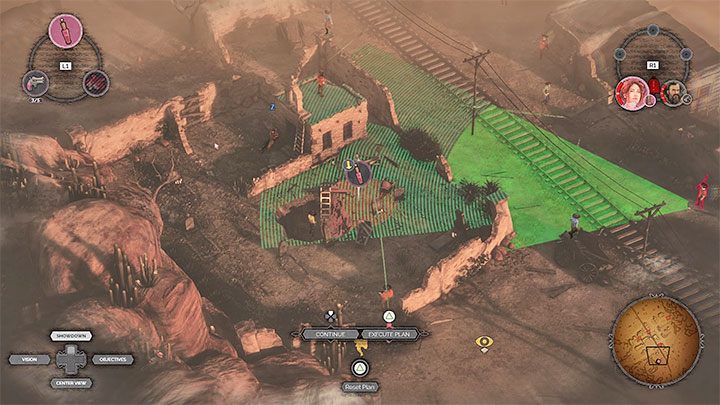 Apply the same method to kill further enemies standing along the railway tracks. If there are two enemies found along the same side, use Kate's perfume to blind one of them.

Along the way, you should proceed through an area with a large pit (M14,8). Use perfume twice on ordinary bandits working at the pit, first to be able to kill a poncho-wearing opponent, and the second time to reach a sleeping Long Coat on the other side of the pit. Kill the enemy on the roof of the cabin and start whistling to attract ordinary opponents to the area. It will allow you to kill them easily. 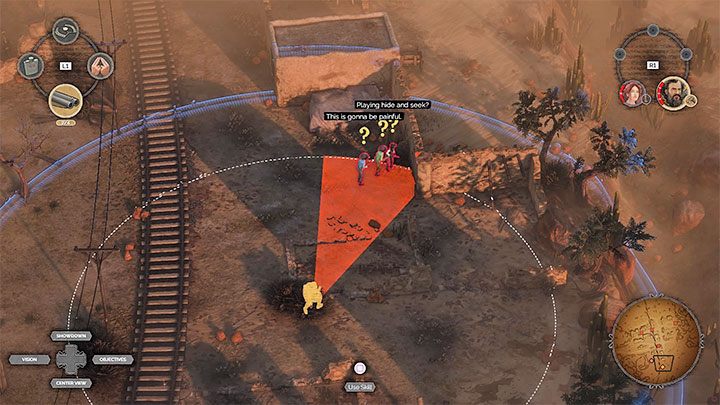 Return to the area where the first Long Coat (M14, 7) was encountered. On the other side of the wall, every now and then, the first of several three-man patrols appear. Get rid of it now, as it will make the further journey easier.

You can draw enemies away from the patrol by whistling. After they appear at the bottom of the map, use Hector's sawed-off shotgun to dispose of them all with a single attack. Before firing the shot, make sure that there are no other characters (enemies and civilians) in the outer circle, as only then will the shot not alert the area. 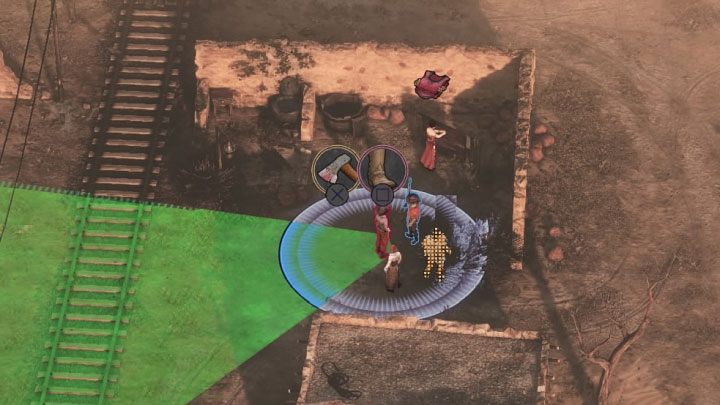 Head towards where a woman stands with a costume fit for Kate (M14,3). On your way to this place, you shouldn't encounter any more serious complications. Perform a combined attack on two enemies that are talking to a woman that is standing with her back towards them.

Stun the woman and take the disguise so Kate can start using it. You can use it straight away, but keep in mind, that the disguise "won't work" on Long Coats, whom Kate will have to avoid.