On this page of our Desperados 3 guide, you will find the first part of the walkthrough for Mission 13 - A Cart Full of Gunpowder. The following solutionis inform where the equipment lost by the heroes is located, as well as how to recover the pieces of equipment and unlock the skills of Hector, McCoy, and Isabelle.

Our walkthrough of Mission 13 contains references to the map in the world atlas, which can be found on the first page of this chapter. For example, the designation (M13,5) indicates that you should find a blue point numbered 5 on the map for Mission 13. 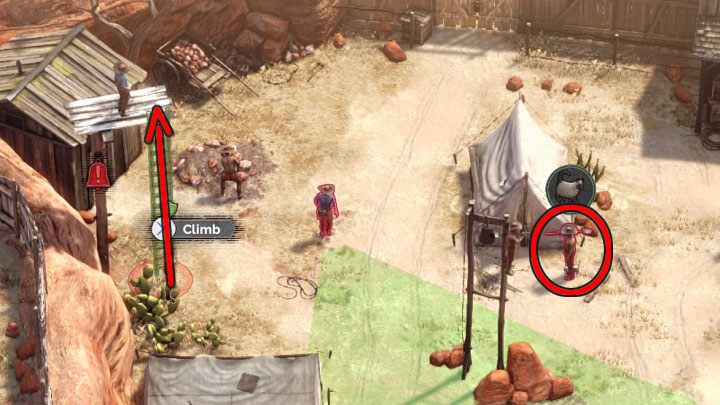 From the start of the mission, you can control Sanchez, McCoy and Isabelle. The characters reside in a small camp (M13,1), where they are imprisoned and forced to work. Fortunately, you don't have to rush, because once the mission begins, no one will assign them new responsibilities.

The heroes do not possess any weapons or gadgets but retain two skills that help eliminate enemies - Hector's whistling and Isabelle's cat. It's worth taking this option right away. Use a cat on an opponent looking toward the tower and send Sanchez to it to stun the first sniper. Heroes, despite their lack of equipment, can tie up stunned opponents. 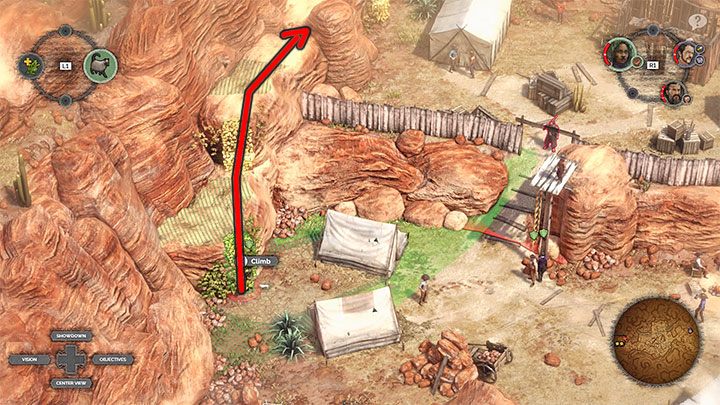 Your main goal is to reach the upper camp (M13,2) with the intention of recovering lost pieces of equipment. This is not easy because the camp is a forbidden zone and the red line visible on the ground symbolizes a no-go zone.

A guarded passage can be avoided by playing as Isabelle. Climb vines and travel along the path shown in the picture. Upon reaching the upper camp, stun, tie and hide the bodies of the first few opponents. 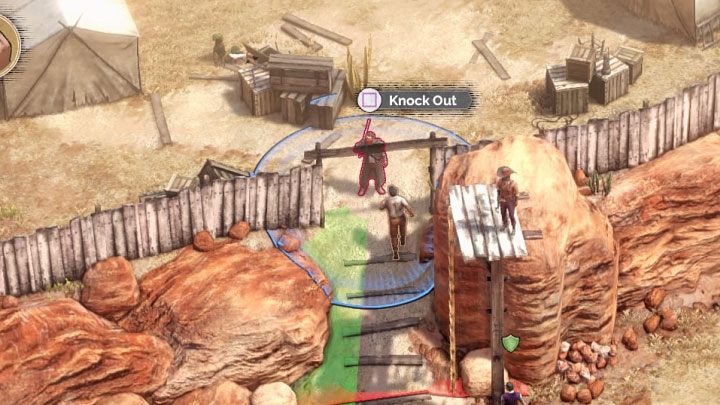 After Isabelle initially clears out the upper camp, she begins to control Hector. Line up at the red line and enable a preview of Long Coat's field of view. Start running towards him as he looks to his left. Quickly attack him with Hector, stun him and hide his body. 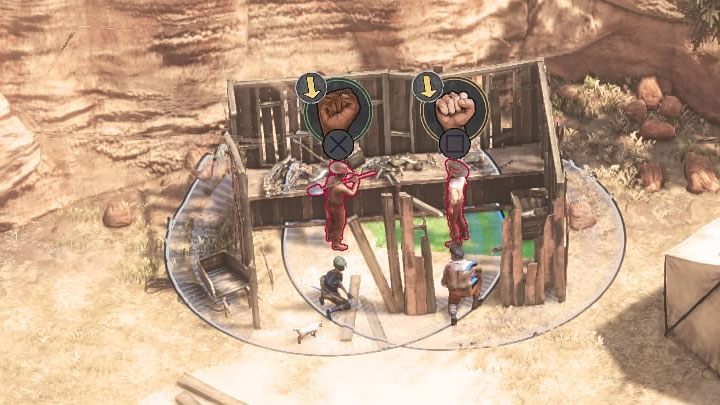 Finally, take focus on the damaged building where the equipment taken from the heroes is stored. There are two sentries standing there-Plan A joint attack by Isabelle and Hector.

You can recover the equipment by lifting its pieces separately as each of the characters. Access: 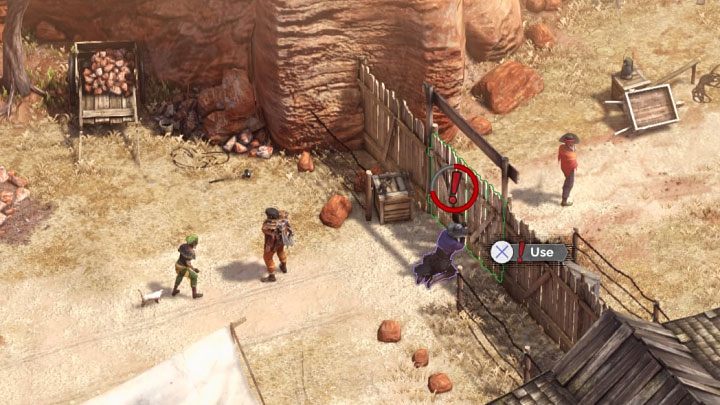 Before you can get to the next mission targets, you need to leave the launch pad. Sneak back to where you started. Doc is the only one who can open the gate (M13,3). Before you decide to take that step, you need to make sure no one is looking in her direction. If necessary, use the characters ' skills to quietly eliminate the surrounding Sentinels (a combination of whistling and whistling will work) or at least to distract them.