On this page of our game guide to Desperados 3 you can find the third and last part of our walkthrough of mission 12 - Dirt and Blood. In the final part of the mission you have to play as Cooper. Our walkthrough explains how to sneak through the ship and where Frank is residing. John must find the aforementioned antagonist and fight him, that is, confront Frank. 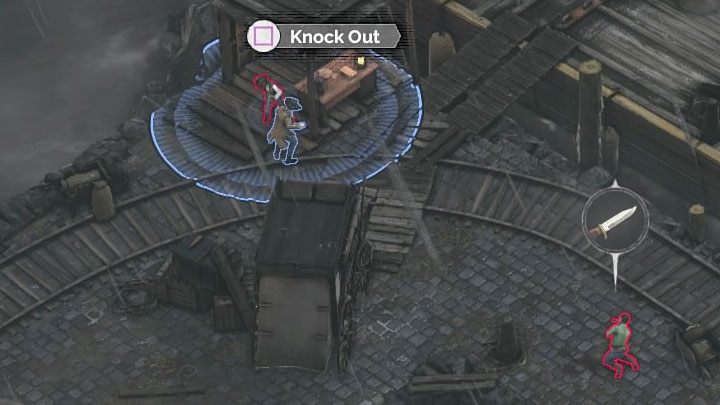 In the new location (M12,14) some new opponents have appeared, which were not previously visible on the map of New Orleans. Fortunately, they are not aware of Cooper's presence and he can sneak around this location.

There are 2 opponents on the stone pier in front of the ship - sneak around when they talk or kill them one by one after the other. 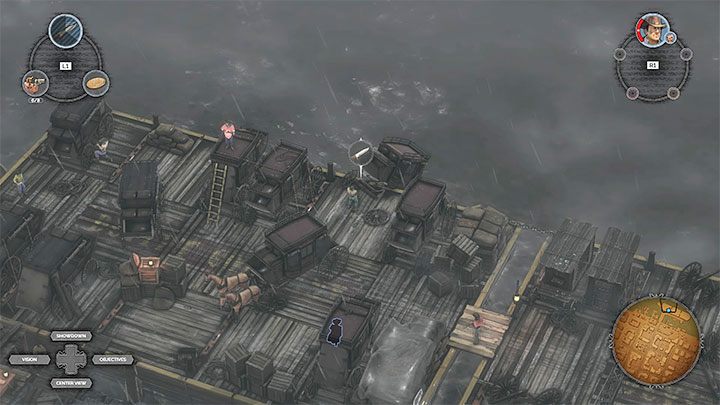 After getting on board (M12,15) watch out for the opponent standing on the platform, because he has the widest field of view (it is worth to check it).

Head right towards the talking opponents. The best thing to do is to kill one of them with a throwing knife, then sneak up to pick up the weapon and use it on another enemy. 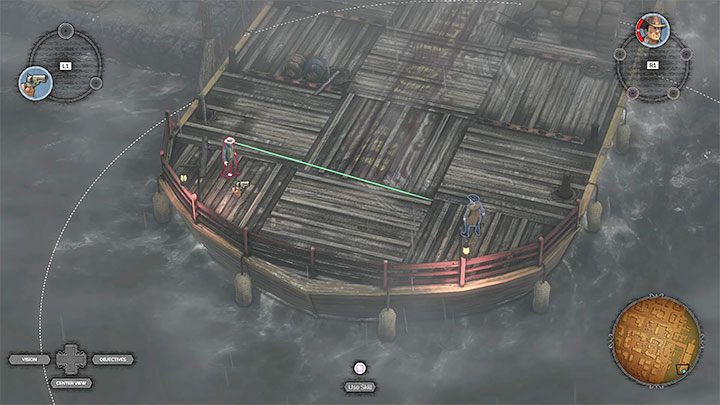 Reach the end of the long boat where Frank is staying (M12,16). The game will display the first cut-scene. Once you have regained control of Cooper, open the drop-down inventory menu and select a revolver from it. Aim the gun at Frank and wait for the green line to appear. There is no action scene or sequence that have to be completed here. After using the gun, the game will display another cutscene that ends the mission.