On this page of the Desperados 3 game guide, you will find the first part of the mission 10 - Back Alley Jazz walkthrough guide. We describe two optional steps, although dealing with them will allow you to prepare for the main part of the task. From our solutiona, you will learn how to get a disguise for Kate and how to eavesdrop on all your opponents ' conversations.

Getting a courtesan costume for Kate 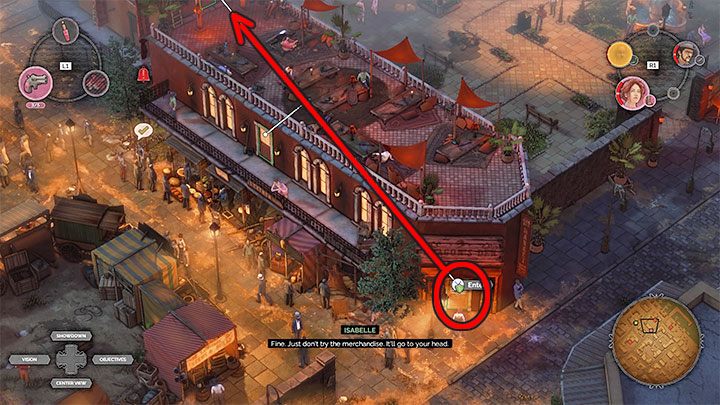 All the heroes start their mission in the same place (M10,1) and initially, you don't have to sneak around because you're in a public area of the city. Your first task should be to get the disguise for Kate. This is not absolutely required, but it will help throughout the mission to draw away opponents who would be difficult to get rid of in other ways.

Youcan find the disguise for Kate on the pleasure house rooftop (M10, 2). Reach the door shown in the picture. Use them and select the exit on the roof. 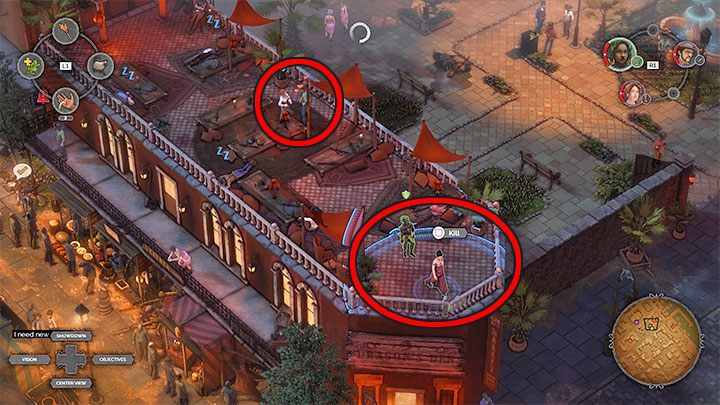 Start flirting as Kate with the bandit in the picture so he can focus his eyes on her. In the meantime, go there as another hero and get rid of the prostitute walking on the roof. You can now go there as Kate and put on a disguise. 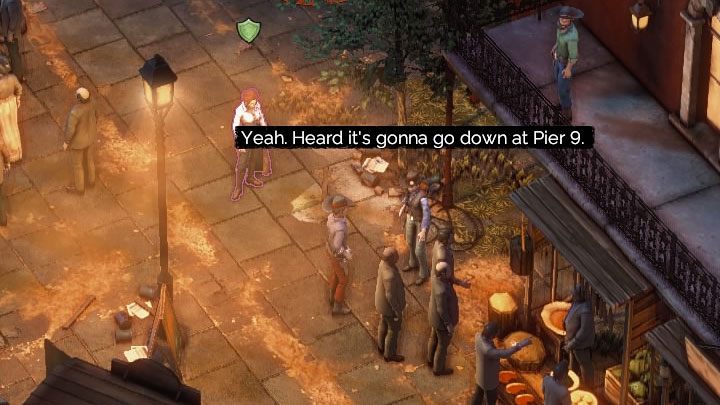 Conducting an investigation related to the suspects in Wayne's disappearance is also optional. Following the steps described below, you will get one of the badges and identify the right suspect. If you missed this step, you would have to reach further suspects until you came across the "right one."

There are a total of six conversations between bandits in different parts of New Orleans to be overheard. You can tell the interviewers by the question marks above their heads. The first group consists of interlocutors residing in the public areas of the city (M10,3). You can get close to each of the three talking couples as soon as the mission begins. Listen to the conversation until the end. This will give you three clues as to the names of the main suspects. 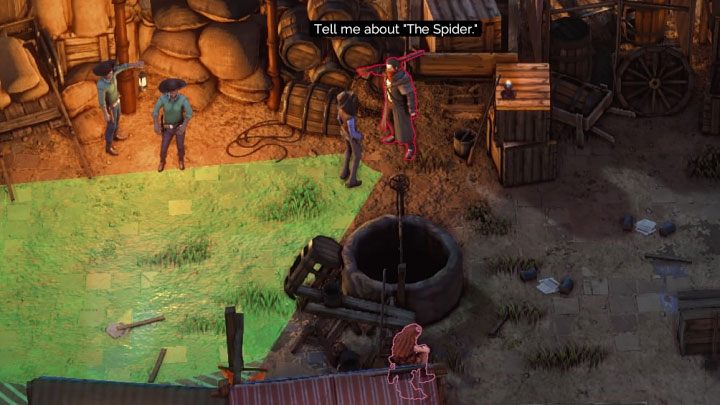 The second group comprises characters from forbidden locations (M10,4), i.e. those separated by a red line symbolizing no entry. This problem can be solved by using a disguise, but you still have to avoid Long Coats within the forbidden areas. For the record, they are able to expose Kate also when she uses her disguise.

Each time, start by enabling the enemy's field of view. This will allow you to get close to talking characters without the risk of setting off an alarm. Eavesdropping on each of the three new conversations. 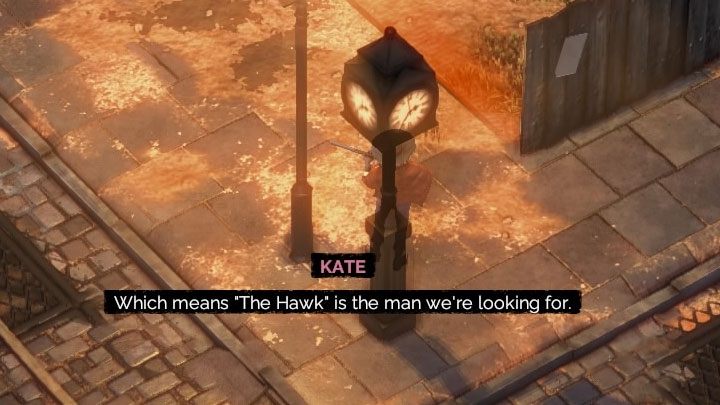 You have to combine the knowledge gained from both categories of conversations - the first was about the suspects'aliases, and the second was about whether the suspect had received a letter about a Wanted Man.

Listen to Kate's comments. In the example from our picture, we were able to establish that the Hawk was a wanted person and that under that alias was O'neill from Marina 9. However, the game can draw out another suspect, so try to eavesdrop on all conversations.