On this page of our Desperados 3 guide you can find the first part of the walkthrough for Mission 8 - One Hell of a Night. From our walkthrough, you will find out where Cooper and Kate are and how to reach the other characters in order to accept them back into the team.

Our walkthrough for Mission 8 contains references to the map in World Atlas, which can be found on the first page of this chapter. For example,the designation (M8,7) indicates that you should find a blue point numbered 7 on the map for Mission 8. 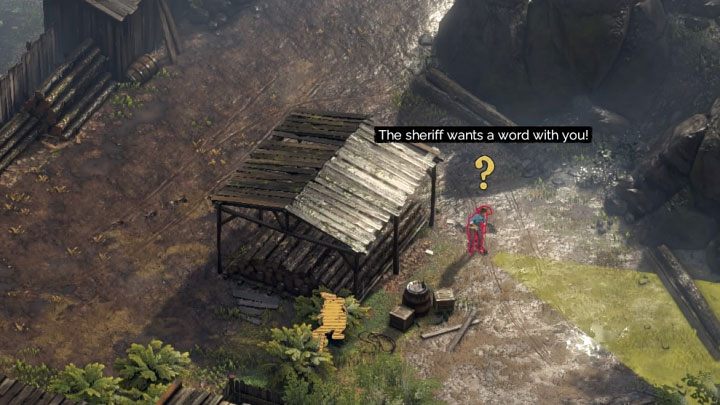 You start your mission with only Hector at your disposal (M8,1), although it won't take you long to find Cooper and Kate. Cooper sleeps on the roof of a nearby tower (M8,2) and you have to head towards it. At the very beginning of the mission, you will know its two unique features. The first is that the characters cannot use firearms or "offensive" gadgets, as these items were" lost " before the level began and will only be available from the next mission. In Sanchez's case, you'll find an interesting item in the inventory - the snares have been replaced with a rake which can be used to knock enemies down.

The second unique feature of this mission is the mechanics of leaving footprints in the mud. The standard adversaries and Long Coats will approach the footprints after noticing them and will begin to follow them. You can use this mechanics to get rid of the first bandit - let him spot the footprints and "lead him" to the back of the Woodyard to get rid of him in a secluded spot. 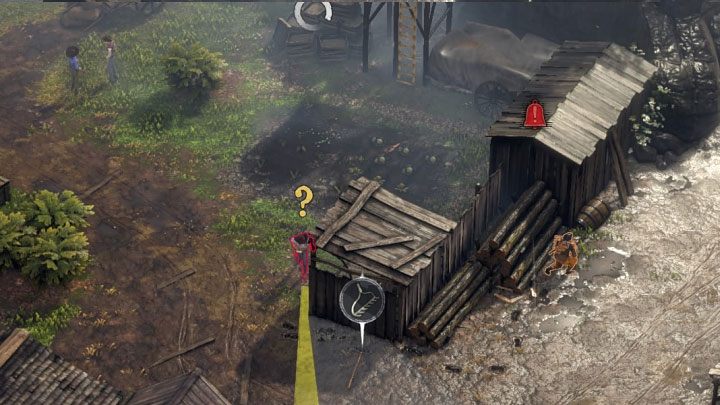 Another bandit stands at the base of the tower on which Cooper sleeps (M8,2). Reach a location from where the bandit can hear Sanchez whistling. Set up the rake first, whistle and let the opponent step on the rake and lose consciousness. In all such situations, of course, do not forget to tie up a stunned opponent and hide his body.

Climb the tower and interact with Cooper to get him back on the team. 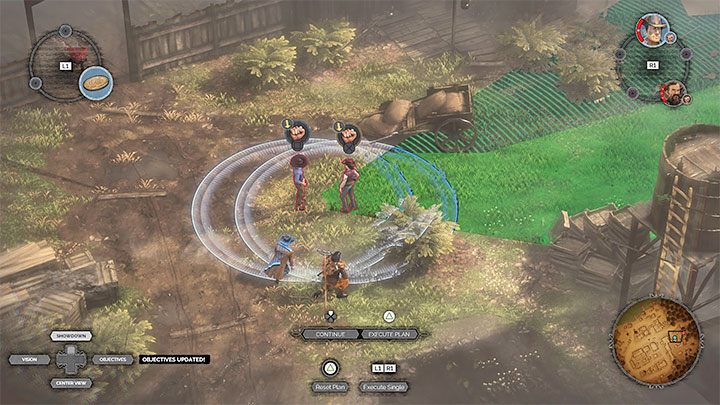 Once again, use the footprints trick to draw a single opponent away. The characters can also perform a combined attack (Showdown Mode) on the talking bandits. Now reach the bench (M8,3) to get Kate back on the team.

Move all three characters to a marked area next to an apartment building to hear the action plan.