This page of Desperados 3 game guide contains the third and final part of the walkthrough of Mission 5 - The Magnificent Five. In the final part of the task, McCoy and Sanchez must get rid of the largest group of opponents that reside around the gatling gun. You have to ignite a large puddle of tar oil in which opponents are standing.

Our walkthrough for Mission 5 contains references to the map in World Atlas, which can be found on the first page of this chapter. For example, the marking (M5, 7) indicates that you should find the blue point 7 on the map of Mission 5. 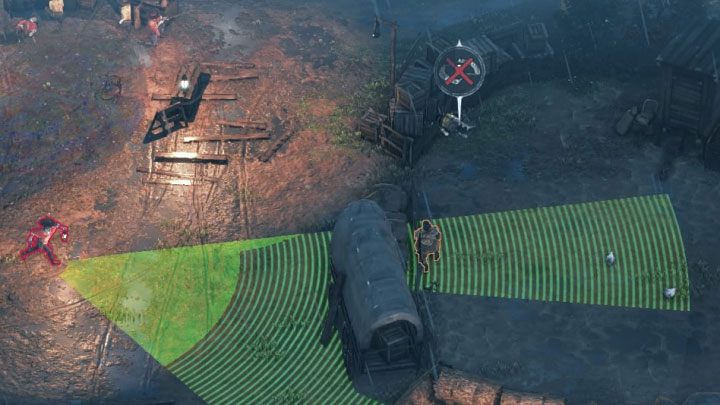 Note that as you made progress towards the final part of the mission, new enemies have appeared on the ranch. You don't have to eliminate them at all costs, but you can try to draw individual opponents away from the main group.

Get around a large group of bandits who have spread out around a nearby bonfire (M5, 5). Bypass them from the side of the silo and side path and reach the chicken coop once again (M5,8). We recommend to get rid of opponents who are watching the area - rely on bear traps, whistling and quickly hide enemy bodies. The most problematic is the running bandit in a poncho with a kerosene lamp. Wait for him at the entrance to the chicken coop and try to eliminate him quickly. Then, hide his body. If necessary, you can also perform a combo action with McCoy after setting the doctor up on one of the nearby towers. 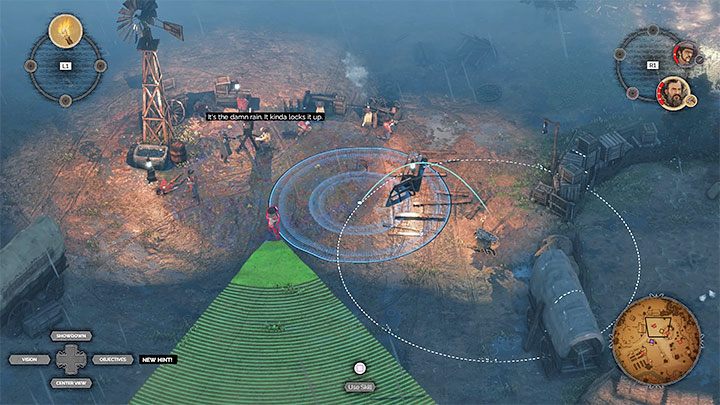 Return to the campfire located near the house on the water (M5,2). Get a new torch and take it to the chicken coop once more.

Make sure none of your enemies look towards the chicken coop and quickly approach the main square (M5,17). Throw a torch into the puddle and the whole place will be set on fire. The mission will end after you eliminate all enemies that have been standing near the gatling gun.