On this page of our guide to Desperados 3 you can find the second part of walkthrough of mission 4 - Until Death Do Us Part. This time the playable character is Cooper, who starts his struggle outside the property. Our guide contains tips on how to effectively infiltrate the property and how to sneak into the main building without triggering alarms.

In our walkthrough of mission 4 there are references to the map included in the world atlas, which you will find on the first page of this chapter. For example, a marking (M4,5) indicates that you should find the blue point with number 5 on mission map 4. 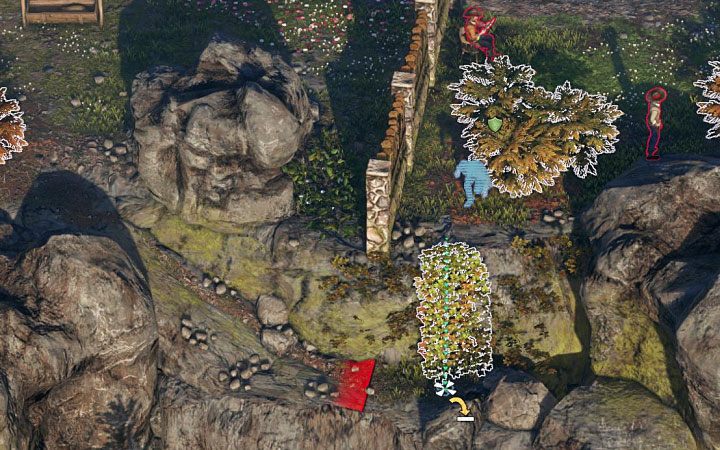 Cooper will appear in the southeast corner of the map (M4,7), that is, on the road leading to the main entrance of the property (M4,8). The entrance is guarded by two Long Coat enemies and they won't let the hero in. This problem can be solved very easily - go down the ivy located south of the entrance to the property (M4,9).

{ramkaniebeska}From this point on, you have to sneak around. Unlike Kate, Cooper is not allowed to enter any part of the mayor's estate.{/ramkaniebieska} 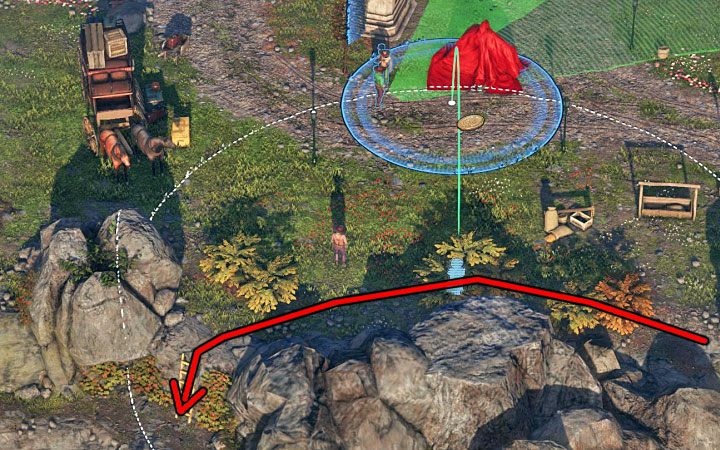 You will approach the central square of the estate (M4,19). One way to get inside the building is to use the eastern balcony door on the first floor (M4,20). That's not a good idea, because this entrance is heavily guarded. One of the challenges is associated with it, but it's best to focus on this topic when you will replay the mission on a easy level of difficulty.

The suggested route assumes the use of the southern path (M4,10). The objective is to get to the southern entrance to the building (M4,13). Fortunately, reaching the southern path is not difficult. Sneak through the bushes and toss a coin when the two guards start talking - make them turn to the right. This will allow you to reach the small ladder without any problems. 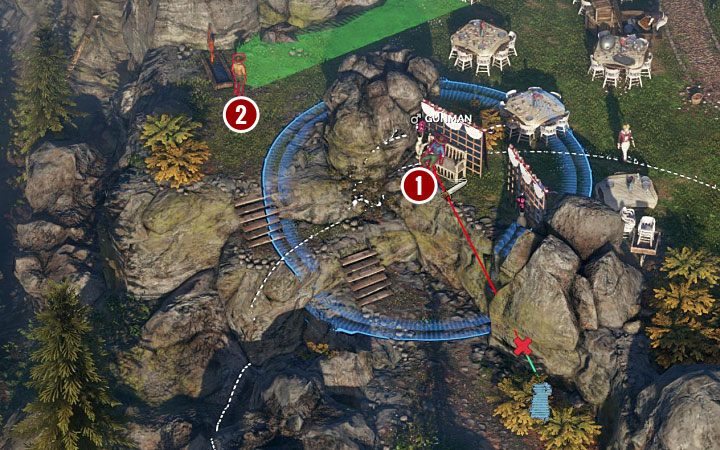 While walking along the southern path, remain in crouched stance as Cooper may be spotted by a bandit from the eastern balcony of the property (M4,20). An enemy standing close to the Kate's starting point is also problematic (M4,1). He looks to the south and standard sneaking around may be not enough here. Fortunately, this is an easy problem to solve - toss a coin to make him rotate by 180 degrees for a while. This will allow you to move further to the west.

There are two guards at the back of the property (M4,11). We suggest to start by throwing a knife at opponent 1, who is sitting on a bench and facing south. Then confuse enemy 2 by tossing a coin, get close to him and get rid of him in close combat. Hide his body and head for the corpse of the first bandit in order to retrieve the knife. Two opponents are standing nearby - distract them with a coin. 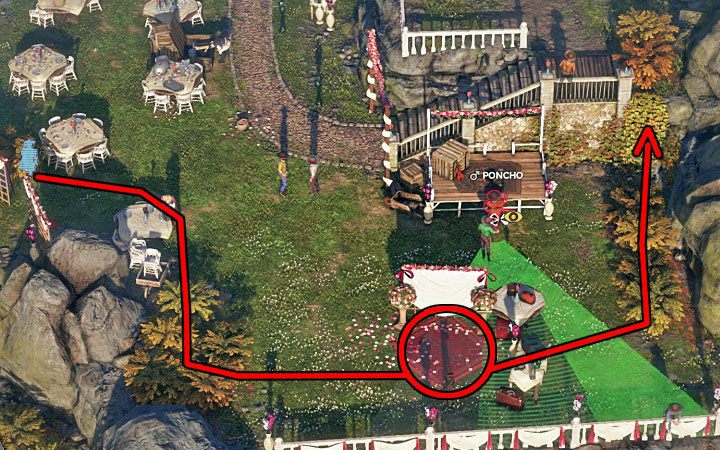 Now you have to sneak into the ivy wall that is located behind the stairs (M4,12). A suggested route is shown in the picture above: 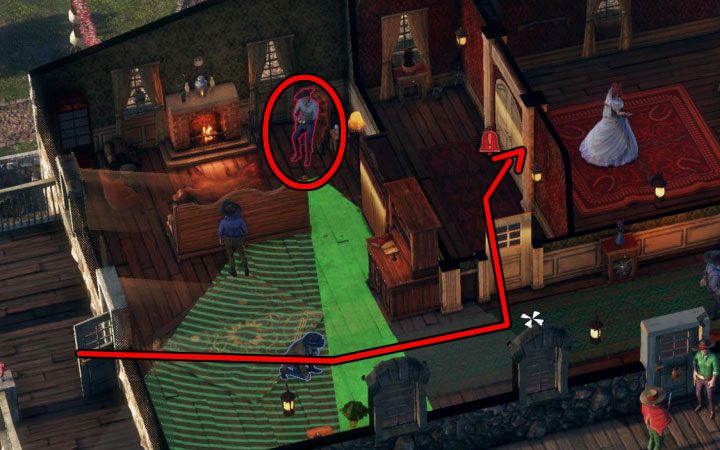 After climbing the ivy you will find yourself right next to a single bandit leaning against a railing. Use the coin to make him turn left. Quickly head to the next ivy wall. Climbing on it will allow you to reach the southern balcony of the property (M4,13).

Wait until the opponents will finish the conversation. Then, one of them will leave. Get inside, but watch out for the enemy next to the fireplace. You can use a coin to distract him or run through the place when he doesn't look at the hallway for a while. Open the door to get to Mayor Higgins' office. Watch the important cutscene during which Mayor Higgins will be murdered. You'll advance to the third part of the mission. During it, you'll take control of Kate and Cooper.