On this page of our Desperados 3 game guide you can find all information about the Showdown Mode, which allows you to plan your actions in order to execute them at the most convenient moment. You'll find out from our guide m.in. how to enable Showdown Mode, How to record actions, how to combine actions of several characters, and whether you can use Showdown Mode without any restrictions.

What is Showdown Mode in Desperados III? 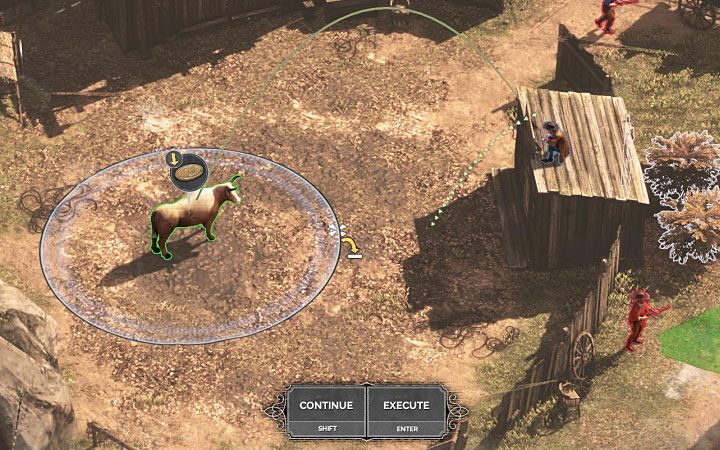 Showdown Mode is a mode that resembles the Shadow Mode available in the previous game of Mimimi studios - Shadow Tactics: Blades of the Shogun. It allows you to plan ("record") the actions of characters, only to execute them later with a single hit of a button. This is useful in many different situations. However, this mode has two main applications:

How to activate the Showdown Mode? 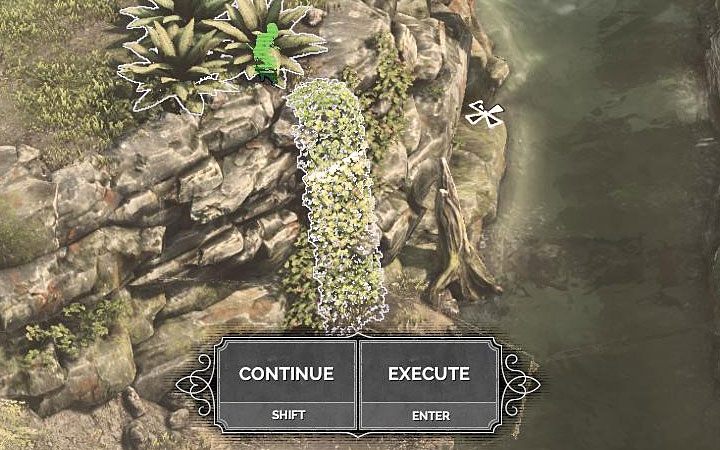 Showdown Mode can be activated by pressing the right key - in the PC version it's SHIFT. An important feature of this mode is that time gets paused just after you switch it on. This applies to all difficulty levels except the highest Desperado one, in which the time time will continue to flow. Stopping time will allow you to plan all actions in peace and, for example, precisely determine where the hero should use a specific gadget.

You can also use the stop time feature to help yourself in case an alarm has been triggered on the map. It will allow you to mark opponents to attack or find places where team members can hide in safety.

What activities can I plan in Showdown Mode? 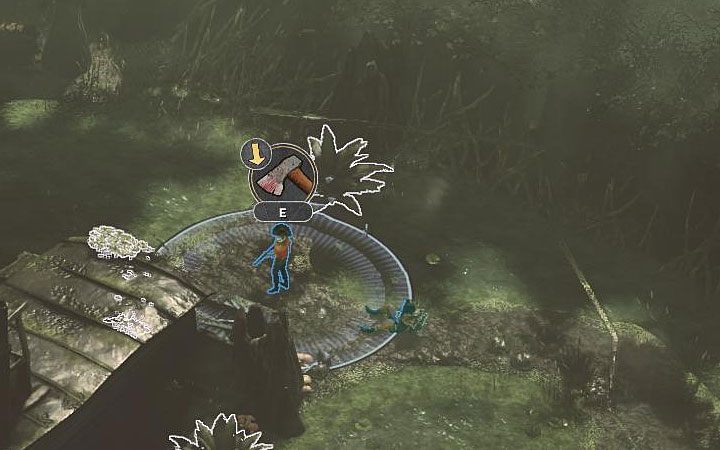 Showdown Mode is primarily used to plan all complex attacks and effectively use all character skills. Planning may look slightly different depending on the type of skill. If it is a coin toss, for example, you can point at a place on the ground. If the skill consists in using a melee weapon then you can point at the opponent.

When planning attacks against enemies, you must remember that some opponents are not standing still, but may be patrolling the area. At the time of planning an attack such an opponent may be quite close from the hero, but by the time the action gets activated, he may already be standing a little further away. This can encourage your hero to get closer to his opponent to perform the planned action, and it's a high risk of triggering an alarm. Try to wait with each planned action until the opponent will once again get within its range. 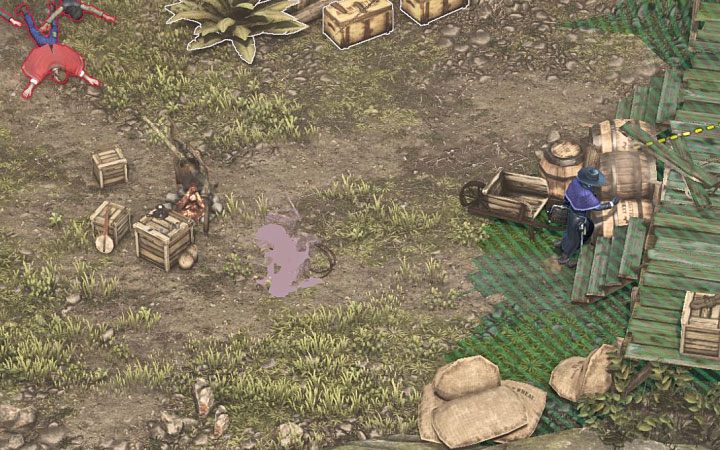 Showdown Mode can also be used to plan the movement of team members. Just pick a point on the ground and the character's silhouette will be displayed. This may be useful for quickly moving a pariticular hero, that is, after the opponent watching the surroundings becomes confused or blinded.

How and why should I combine the actions of different characters? 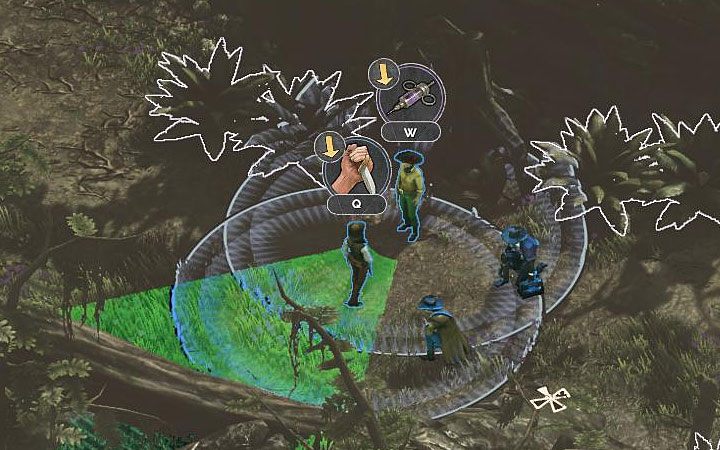 Planning activities for different characters is highly advisable. This can make the game easier and allow you to perform more complex combo attacks. In general, try to engage all your team members in a particular map area to gain as much profit as possible from activating the Showdown Mode.

Here are some basic examples of combined attacks of 2 heroes. With more team members, you can add more actions, for example, to get rid of or bypass enemies from a particular area more effectively.

How to execute prepared actions? 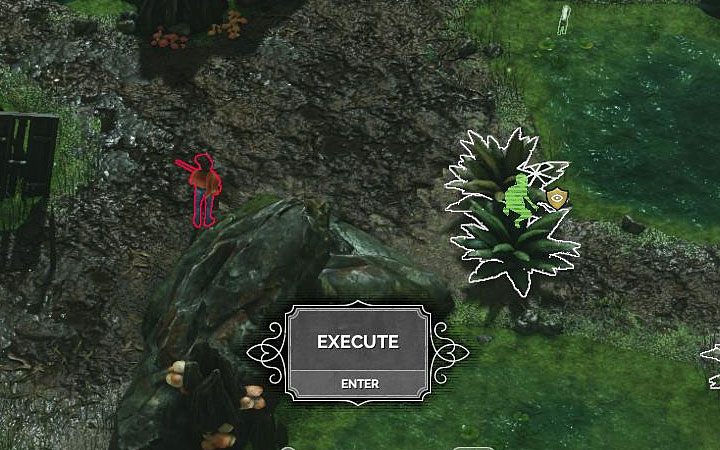 When you plan an action for a hero or a group of heroes, you don't have to start them right away. You can exit Showdown Mode (in the PC version you have to press the SHIFT key again) in order to wait for the perfect moment.

Once your opponent or opponents are in the right places, you can activate your scheduled actions in Showdown Mode - in case of the PC version, this is done by pressing the ENTER key. All team members for whom some activities have been previously planned will proceed to execute them.

You can also activate Showdown Mode only for selected team members. This is useful when, for example, you just want to use the planned action of hero 1, and start the action of hero 2 later on:

Can I correct or delete planned actions?

Yes, you can delete pre-planned actions to modify them or to completely cancel them (for example, if the situation in the area has dynamically changed).

Are there any limits of using the Showdown Mode?

You can use Showdown Mode any number of times during the mission. It is by no means limited even if you choose one of the higher difficulty levels. We recommend activating it as often as possible to make it easier to get rid of enemies or sneak past them.

Showdown Mode only changes if you have selected the highest difficulty level. On the Desperado difficulty level, the game does not stop when Showdown Mode is enabled, so all actions must be planned in real time. It is not a huge handicap, because during the planning of actions it is worth, for example, to hide your team members in bushes or buildings to make sure that they are not suddenly detected.