This page of the Desperados 3 guide contains the second part of the walkthrough for Mission 11 - Burn The Queen. In our guide, you'll find information how to reach the prison cells in the village, how to open locked cells, and how to save Wayne, an NPC connected to one of the main goals of this mission.

Our walkthrough for Mission 11 contains references to the map in World Atlas, which can be found on the first page of this chapter. For example, the symbol (M11,5) means that you should find the blue dot with the number 5 on the map dedicated to Mission 11. 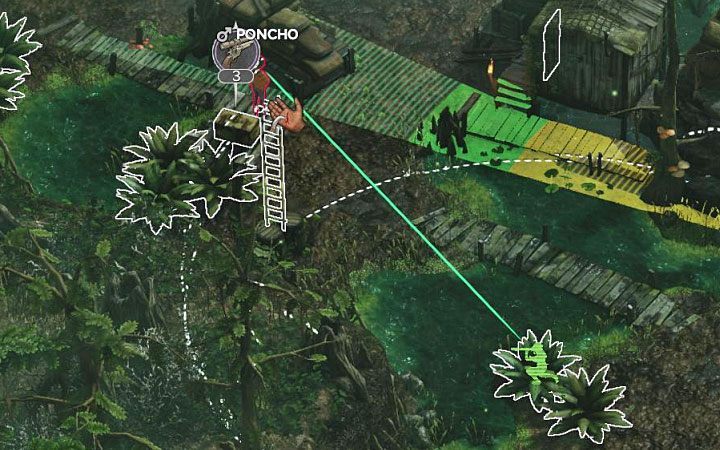 The most unpleasant enemy in this area is a sniper standing on top of a small tower, where you will also find ammunition for the Buntline (M11,1). Shooting him using McCoy's gun will almost certainly be recorded by 1-2 people in the area. Best way to solve the problem is to get to the nearest bushes and use mind control. This will allow you to bring the sniper down from the tower, move him to a secluded place and eliminate him without disturbing the surrounding enemies. 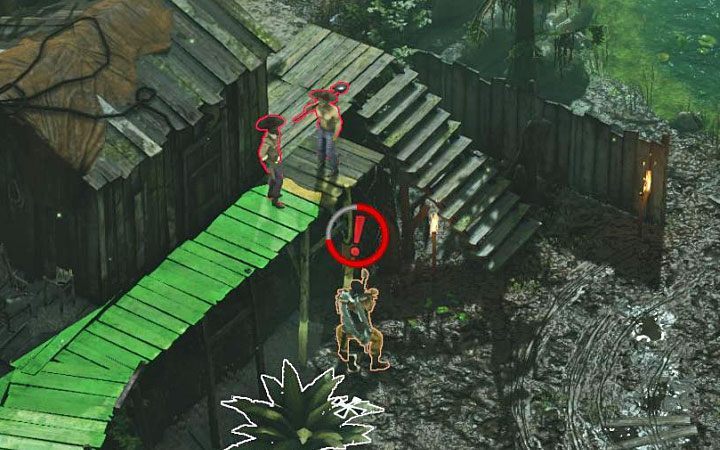 Next step will be to take care of the opponents in the western part of the village (M11,14). The first opponent can be dealt with immediately after using the upper passageway as Cooper and McCoy (M11,11).

To take care of the next two enemies, you can use an opportune method that involves collapsing the balcony underneath these opponents meet from time to time. This can only be done by Hector, so you'll need to bring him to this location (watch out for footprints left by your characters!). Stand under the scaffolding and interact with it when the enemies start to talk. Their deaths will be treated as an accident. 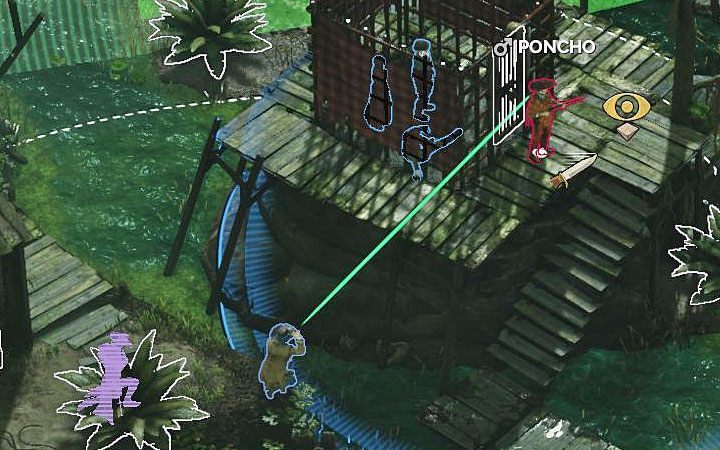 There are several opponents in the immediate vicinity of the target (M11,13). Some of them are "normal" enemies that can be easily deoriented and diverted from the rest. In the case of at least 1 poncho-wearing opponent, consider a quick knife kill combined with hiding their body or lure him away from the cells using footprints left in the mud.

When it comes to securing the area around the cells, watch out for the Long Coat walking around the central part of the village, a guard dog, and two poncho-wearing opponents standing before the Queen (M11,16). Of course, you don't have to eliminate everyone, but it's good to "clean up" the neighborhood as much as possible. 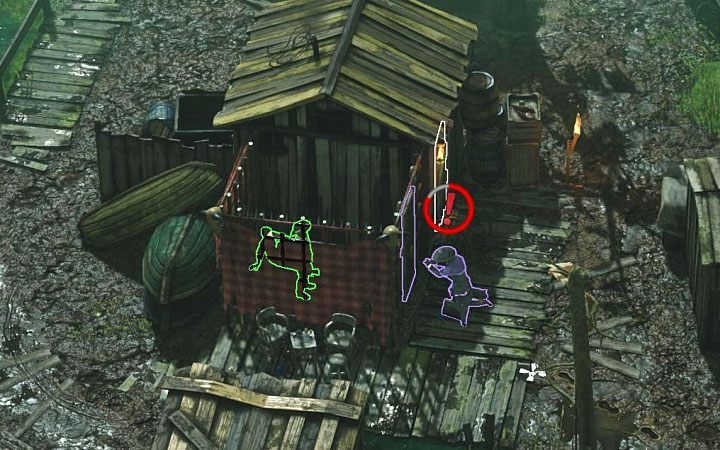 Only McCoy can open cells - he is the only member of the team who handles lockpicks. If there are still some enemies in the area, then you should synchronize the action well, as opening the lock always takes a few seconds.

In our case, Wayne was in the northernmost cell (image above), but it is recommended to open all of the cells to complete an additional challenge of the mission.

When you find Wayne, the game adds him as a playable character. Wayne, unfortunately, has no weapons or skills. Your task is to safely bring him to the steamer which serves as an extraction point (M11,21)