On this page of our guide to Desperados 3, you will find the first part of our walkthrough of mission 9 - Louisiana Voodoo. Our guide will help you free Isabelle from the cage - she is the first playable character in this mission. We also explain how to eliminate the enemies attacking Cooper, and how to join him to the team.

Once you free Isabelle and reach the vantage point, you can rescue other heroes in any order. You don't have to follow our walkthrough.

Our walkthrough for mission 9 refers to the map in the world atlas, which can be found on the first page of this chapter. For example, a marking (M9,5) indicates that you should find the blue point with number 5 on mission map 9.

Free Isabelle from the cage 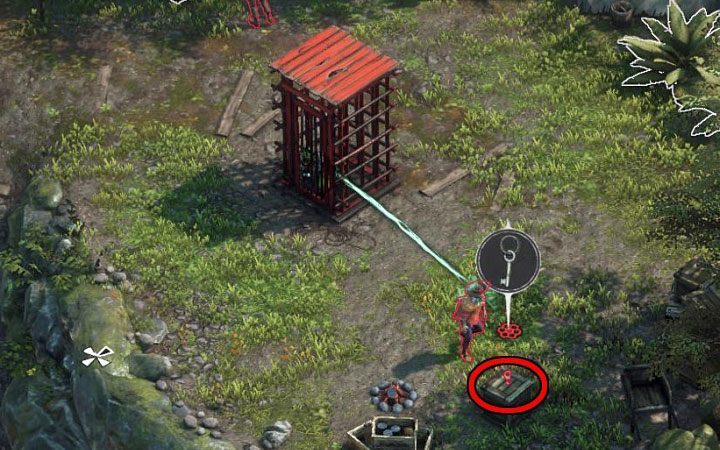 You start the mission with Isabelle as your only playable character. This isn't the only problem - she is kept inside a cage. You have to free her (M9,1). You can do that using Mind Control, one of her "voodoo powers". Use this ability on any of the nearby enemies - this skill let's you take control over a bandit.

Don't attack anyone. Instead, pick up the key lying next to the cage. Don't open the cage right away to avoid getting caught - wait for the enemies to split up. 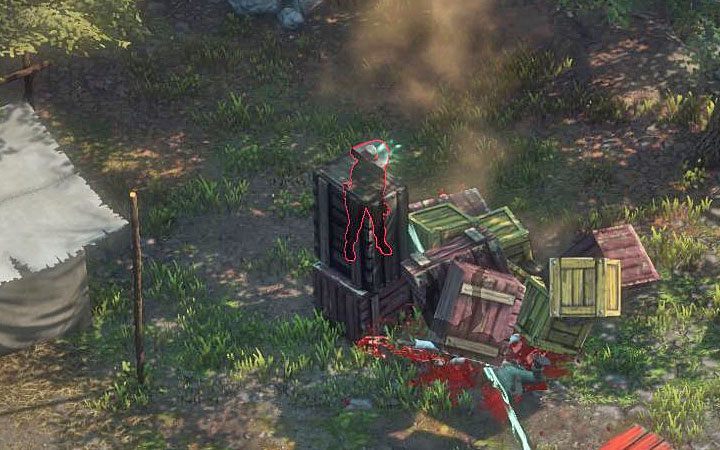 You can either cancel the mind control or order this bandit to go to the tower of crates standing nearby. You can push the crates down on 1 or 2 guards - this will be treated as an accident.

After deactivating the skill, the character you have controlled a second ago will be stunned and then go back to their duties. Wait for the right moment to leave the cage. You can either hide in the bushes first or you can go straight to the cliff and jump down on the road next to the river (M9,2).

Isabelle must use healing herbs after every use of her voodoo powers (G key on PC). This is the only way to use these skills again. 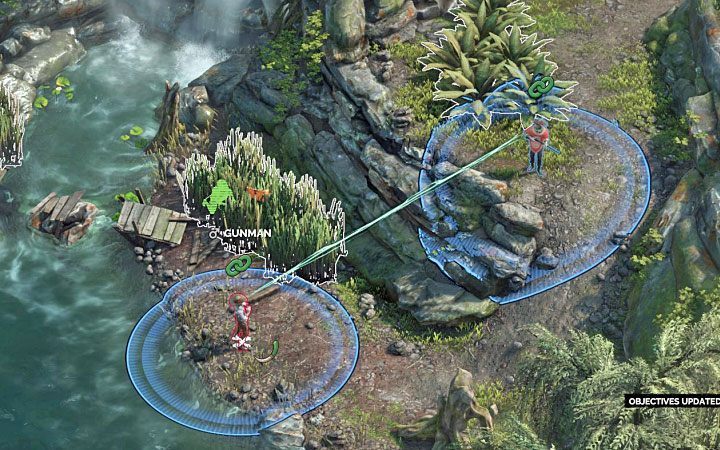 Follow the path to the vantage point (M9,3). Reach it to reveal the entire map. You will also learn about the main objectives.

Shortly after that, you will gain access to the Connection, Isabelle's second "voodoo power". Every time you use it, you have to aim the arrows at two enemies standing close to each other. This will "connect their souls". From now on, stunning or killing enemy 1 will stun or kill enemy 2. This is a great ability for killing pairs of enemies. In this case, stun or kill the enemy standing at the bottom to do the same with the opponent standing above.

Remember that you can throw bodies into the water. Use this method if there aren't any bushes, tall grass etc. nearby. 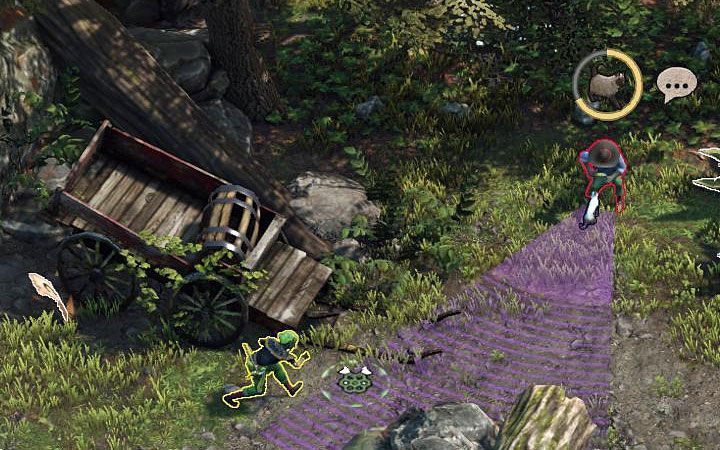 Isabelle's another skill is to send Stella the cat to distract enemies. Select this skill (D key on PC), move the cursor on the new enemy and use the ability. The distraction lasts a very short time - quickly move to the enemy and defeat using melee attacks.

More enemies are in the south. Use the Connection to get rid of two guards with a single attack. Leave the bandit standing near the vantage point for last. Go there to reveal the rest of the map and learn new objectives - rescue Cooper, McCoy, Kate and Hector. You can save them in any order, however, we recommend meeting up with Cooper first. 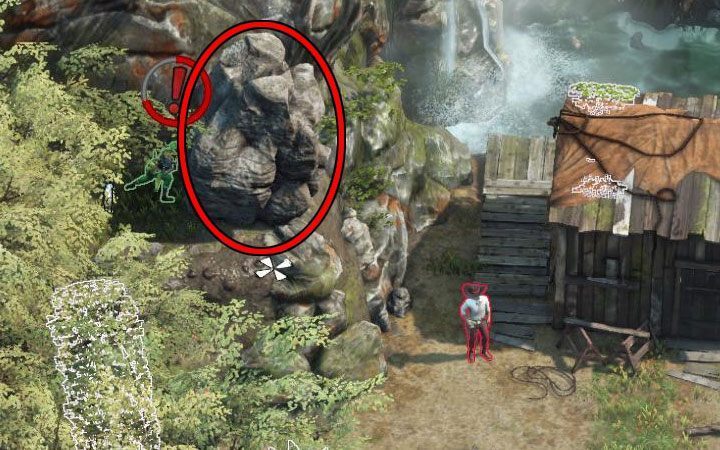 Cooper is defending himself on board the ship in the north-east corner of the map (M9,1). To save him, you need to get rid of enemies stationing in two spots (M9,5). In theory, you only have to eliminate 3 bandits (2 stationary and 1 running around). However, there are more bandits in the area - you need to take care of them first if you want to avoid raising the alarm.

First, go to the area with two cabins (M9,4). Watch out for the enemy in poncho who patrols the rooftop of the right cabin. The best way to eliminate enemies is to wait for them to get closer to bushes - you will be able to quickly hide their bodies. There is also a large boulder - you can get to it by climbing up the vine. This boulder can be pushed down - you can do that immediately or after at least 1 person stands below it. You can also jump down from this place to reach the area at the back of the left cabin. 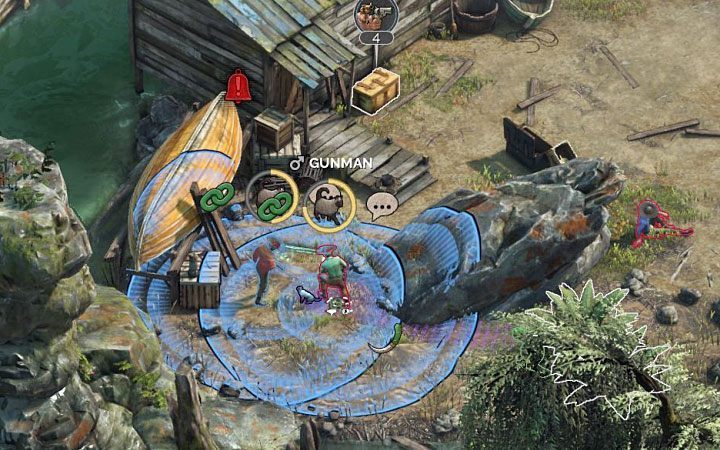 The central island is the second problematic area (M9,6). Swim there using Isabelle ability to move in water. We recommend killing the two enemies presented in the picture first - use the Connection on them and wait for a good moment to attack (you can distract one of them with the cat).

Do the same with the second "pair" of enemies located in the central island. However, you have to watch out for the running bandit mentioned earlier. 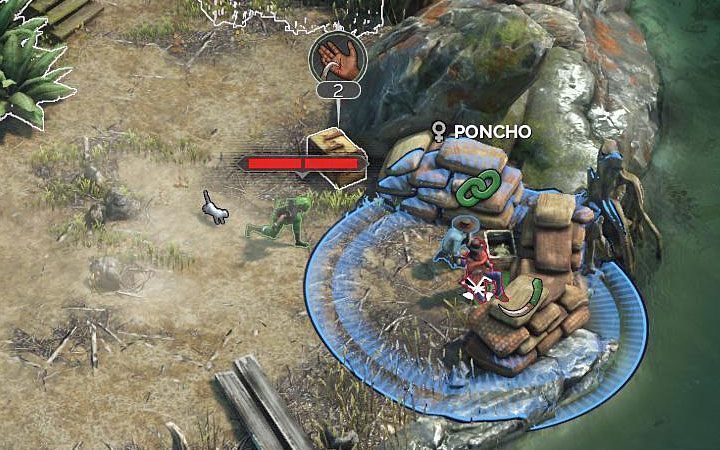 Leave the enemies focused on shooting for last (M9,5) - we recommend eliminating the running bandit first and then those standing in place. A chest for Isabelle is nearby (M9,1) - thanks to it you can restore the Mind Control ability. Be sure to use it. Also, don't deplete the mind control immediately in the next encounters. Leave this ability for the most inconvenient enemies in the central part of the map.

After eliminating all the enemies shooting at one of yours, jump into the water and swim to the ship. You will rendezvous with Cooper. Cooper joins the team - you get immediate access to all his skills.