This page of the world atlas for Desperados 3 has a detailed map of mission 3 - Troublemakers in Flagstone. On the map of Flagstone town, we have marked four main targets that have to be eliminated, although we have also shown other important locations. Our walkthrough of mission 3 provides a detailed description of all its challenges (badges) - you have to kill main targets by causing some accidents and avoid hiding in the bushes.

Mission 3: Markings on the map

Mission 3 (Troublemakers in Flagstone) takes place in the title town. Cooper and Hector, after getting out of the initial small ambush, can move around the city freely and eliminate all major targets in any order. You don't have to kill all enemies in the order we described in our walkthrough. You have to assassinate Jarvis, Wild Marge, McBane and The Duke. Each of these DeVitt Company employees is in a different part of town, except Wild Marge who never moves. An important feature of this mission is that all main targets can be eliminated in arranged accidents and these are the best ways to get rid of them without setting off the alarm. In the third mission Cooper is accompanied by a new team member, Hector. He has several very useful abilities - he can, among other things, disassemble bear traps, distract enemies by whistling, or easily carry up to two bodies at once.

Additional note: This is an unusual mission because you can move around the entire central part of Flagstone without the need of sneaking around. Heroes will not be detected and attacked even if they approach the thugs marked with red dots on the minimap. The forbidden zones are represented by red lines at their entrances - these are the points (M3,3), (M3,6), (M3,10) and (M3,15) ) on our map.

In mission 3 you can find a total of 8 Badges. We have listed and explained them below. Challenges are initially hidden, although you can complete them during the first playthrough of the mission. 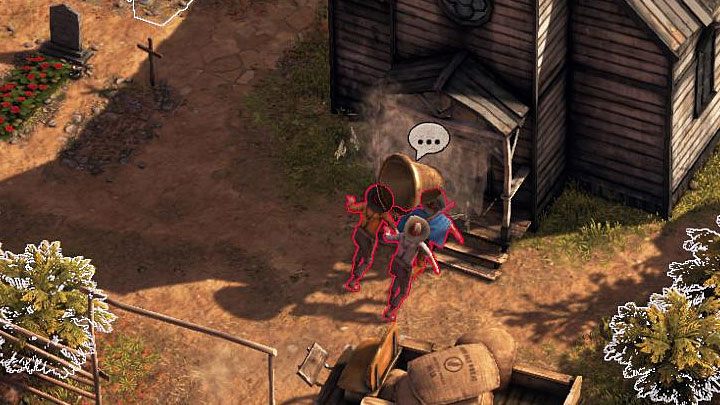 This is the best way to play the whole mission, because murdering the targets by causing accidents reduces the risk of triggering an alarm and you don't have to worry about eliminating other enemies in the area beforehand. We have described in detail how to arrange all 4 accidents on the following pages of our walkthrough:

Don't kill or knock out anyone in the train track area 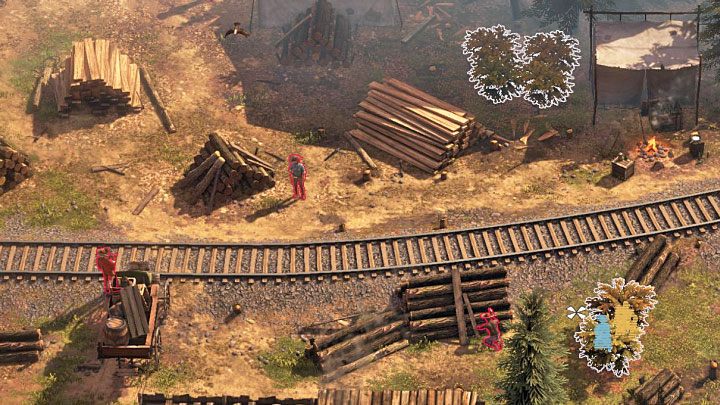 We are talking about the northeastern part of the map, that is, the construction site adjacent to the railway track where McBane can be killed (M3,3). We recommend sneaking into the area by using the easternmost passageway. The opponents are positioned in such a way that you can sneak into the next bushes and obstacles without having to eliminate them. Head north towards McBane. You can eliminate him in any way you want (it's worth distracting him). All that matters is that no one else dies or gets stunned.

Don't touch any bushes or haystacks 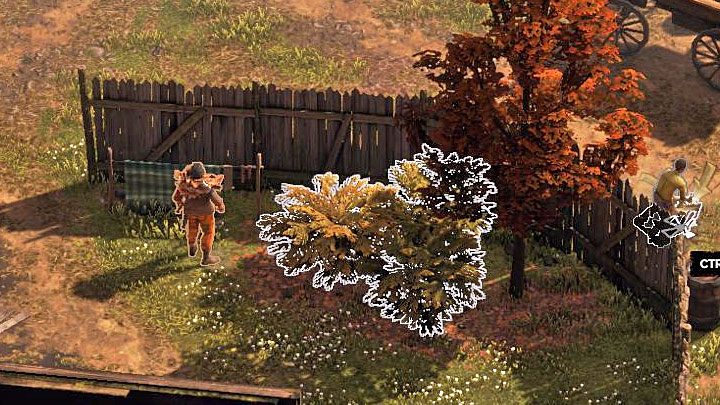 It is best to replay the whole mission just for this challenge. Play on a easy difficulty level so you can easily avoid being spotted by your opponents. You can also switch to Highlight Mode, where interactive elements are highlighted. This will allow you to stay away from all kinds of bushes (an example of highlighted bushes is shown in the above picture). Try to limit all optional attacks on your opponents and if you need to hide a body, look for other ways, for example, throw the corpse behind a large obstacle or throw it into a well. 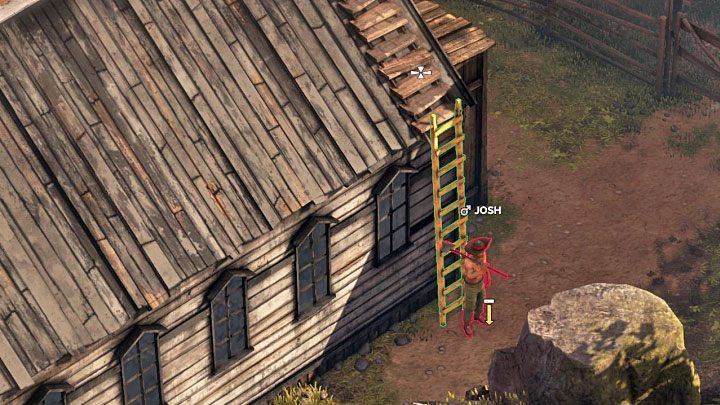 Josh is one of the common bandits who takes part in the funeral in the northern part of the map (M3,17). Wait until the funeral is over, so Josh will leave the grave and stop at the ladder leading to the roof of the church (M3,4).

Besides eliminating Josh, get rid of all other enemies from the cemetery. Only then pick up Josh's body and throw it into the open grave.

Listen in on 10 private conversations 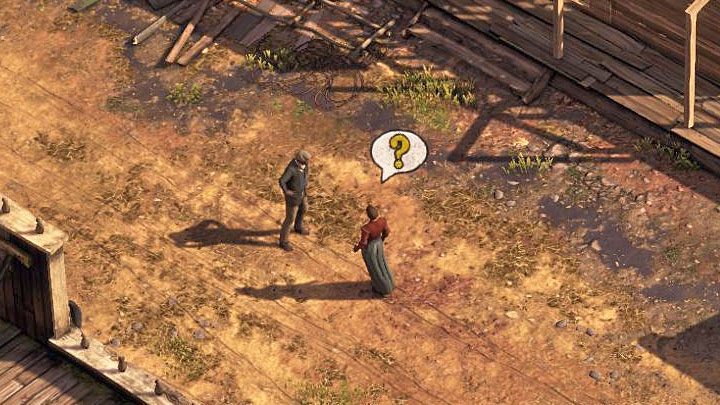 This is a fairly simple task. As you complete your mission, look for NPCs with comic book bubbles over their heads symbolizing conversation. Stop next to these characters to eavesdrop the conversation.

Kill 3 targets at the same time

Become interested in this challenge only after you've explored the whole map and completed the mission for the first time, as it is very troublesome and forces you to know the circumstances in which the main targets may die. Below we present an example of how you can complete this challenge:

Speedrun: Complete the mission in under 07:00 minutes

Be sure to play on the easy difficulty level to be able to reach the main objectives of the mission more quickly. In the case of Jarvis and Duke, it is best to use the option of an arranged accident to avoid confrontation with other enemies in the area. As for Wild Marge and McBane, you can kill them with a firearm or a throwing knife. If you play on easy and you alarm the area, you will still have time to escape. We also advise you to frequently save your game and load an older save if you wasted too much time in some locations.

This is the best choice to complete the mission for the first time. Reaching some of the mission's targets (especially Jarvis) is not particularly easy, although you don't have to rush it and have an opportunity to save your game in case of any mistakes.