This page of the guide to Desperados 3 has the first part of the walkthrough for mission 2 - Running Late on Payday. In the initial part of this stage, Cooper must travel alone along a robbed train. the objective is to get to the place where the bandits are targeting McCoy and get rid of them so that the doctor can join the team. 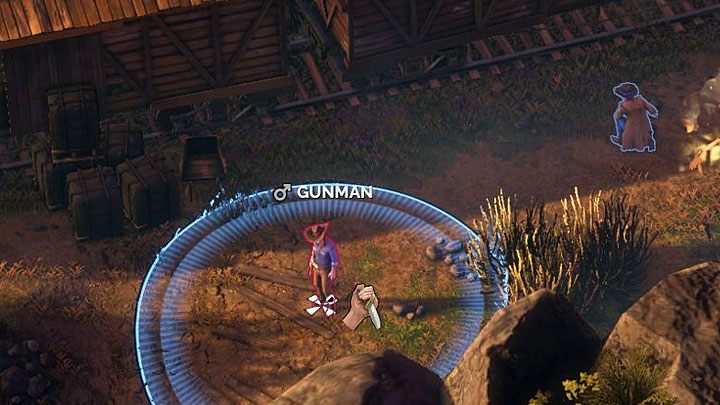 You start the mission in the eastern end of the map (M2,1), right after exiting the last car. Cooper will automatically deal with the first bandit. However, the second enemy must be eliminated by the player. This is the first moment where you have to make a choice - kill or stun opponents? 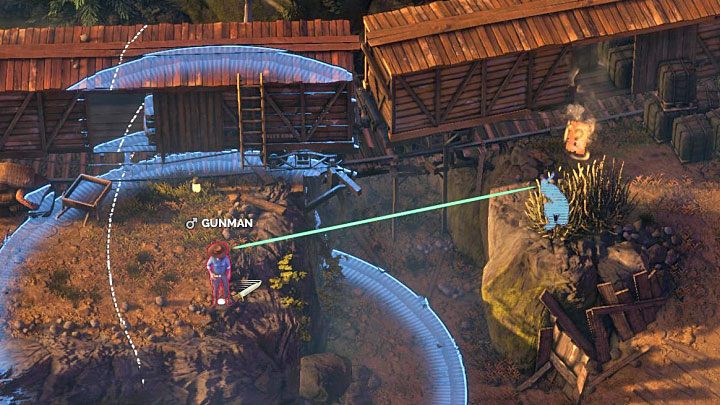 The next enemies are encountered to the west of the starting point (M2,2). However, only the bandit standing next to the cars is dangerous. The game will suggest using a new skill - knife throw (S key on PC). Remember in this case that you always need to get the knife back, which means that you need to get to the corpse.

If you don't want to kill the bandit, start sneaking around and distract him by throwing a coin. Two thugs standing at the edge of the cliff can be easily avoided. Whatever you do, your objective is to get to the stairs. Climb to the roof of the car wagon and go further west. 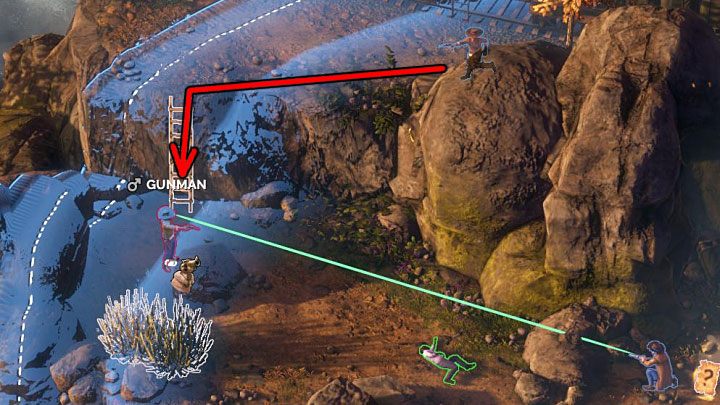 You will eventually reach two civilians who are under the bandits' fire (M2,3). This is the first out of the five groups of innocent people that you can help - one of the challenges. The game unlocks Cooper's dual revolvers. Use the first gun (F key on PC) on the opponent who keeps shooting at the civilians and the second gun (G key on PC) on the next bandit who will come running here after noticing the death of the first. Don't try to shoot twice from the same weapon - you won't have time to reload it.

If you want to complete the no firearms challenge, use a throwing knife, a coin, and the surrounding bushes. Climb the big barrels on one of the cars and go north-west. 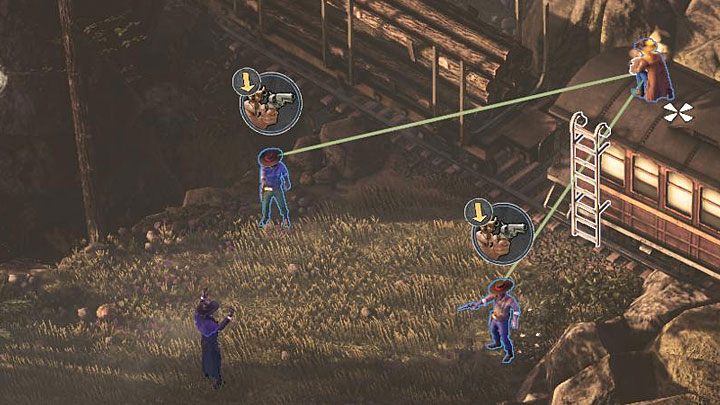 In the next area, you will notice two bandits aiming at McCoy (M2,4). The game will suggest using the Showdown Mode here. You can use the fact that you have two revolvers and plan to aim each weapon at a separate opponent - see the picture above. If you want to avoid using firearms, then kill the first bandit with a knife, and then quickly knock out the second.

Doc McCoy will join the team as a playable hero. It's worth noting that, like Cooper, he doesn't have all his skills yet.