On this page of our guide to Desperados 3, you will find a set of most important information about Isabelle Moreau, one of the playable characters in the game. In our guide we have described all passive and active skills of Isabelle. In addition, we have included tips on how to correctly use the mind control skill and connect souls ability, which are the two most important powers of Isabelle. 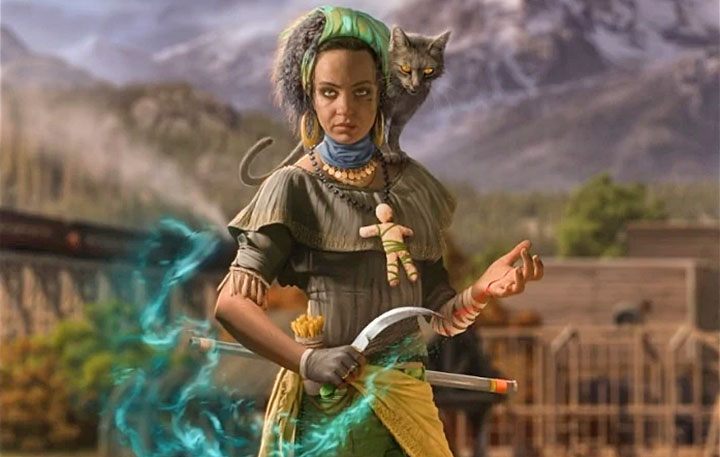 Isabelle Moreau is the most unique of all playable characters. She is a shaman that has unique "voodoo abilities", which implement a few supernatural elements and aspects to the gameplay. This character appears for the first time in Desperados III. She is a brand new character and was unavailable in the previous parts of the franchise.

Isabelle becomes a playable character in the eighth campaign mission. It is worth noting that she is not available in all subsequent stages. In some missions you may be forced to control other characters. 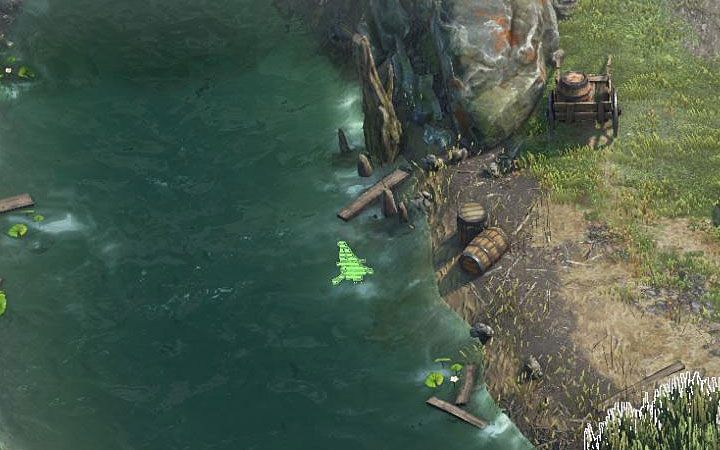 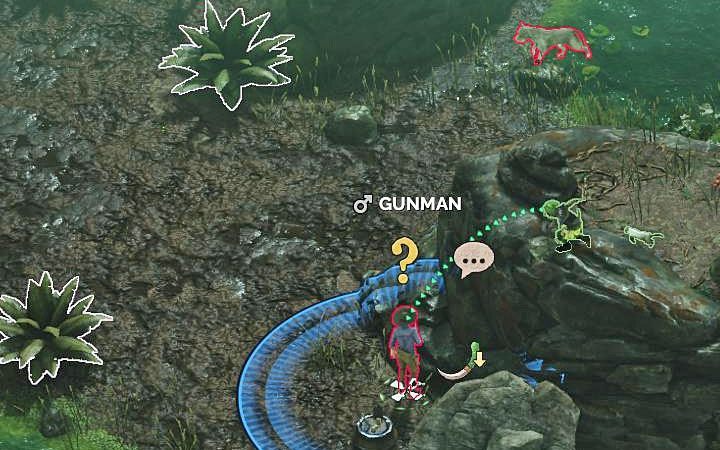 The main use of the sickle is to kill enemies in melee combat. You must always sneak up on your opponent and be aware that the attack lasts 3.5 seconds and generates some noise - this is symbolized by the blue circle that appears around your opponent while planning a kill.

If you don't want to kill your opponent, instead of using the sickle, you can press the fist attack key (press the Y key - PC version). Isabelle can knock a man out instead of killing him. Don't forget to tie up a stunned opponent. 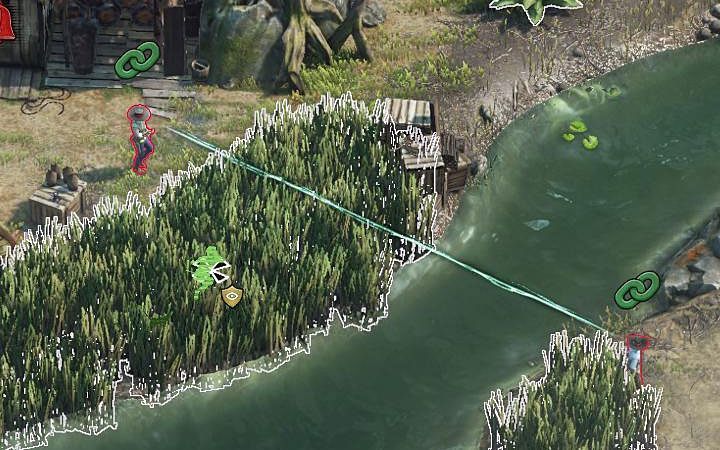 This ability can be described as voodoo power of a supernatural aspect. It connects the souls of two separate enemies. Isabelle must start by hitting 2 enemies with a special arrow and it is best to do this from hiding (for example, without leaving the bushes).

The power of connect allows you to transfer all damage or effects inflicted to one enemy to the second opponent. For example:

As a result, it is an ideal ability to get rid of pairs of enemies, especially those characters whose fields of vision often overlap or who simply look at each other. You don't have to be afraid of any alarms that might be triggered by connected characters because the skill affects both enemies at the same time. 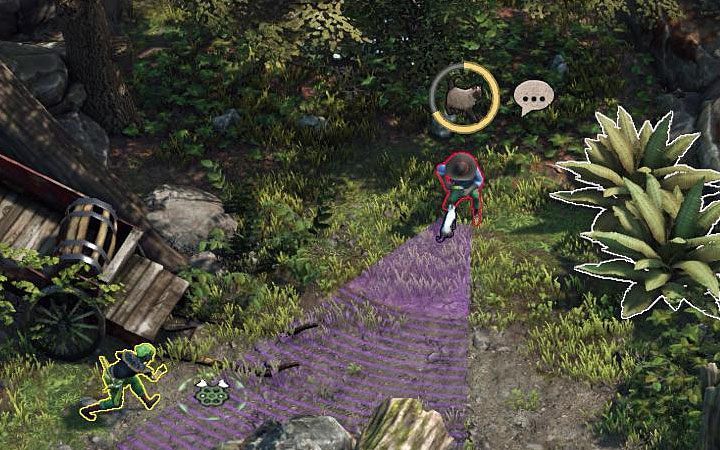 Isabelle's pet is able to distract her opponents for a moment. Once you've selected a skill (press D key - PC version) you can select the enemy towards which your cat should head. The great advantage is that you can plan to send Stella from a large distance, without having to risk by getting close to your opponent.

Distraction by Stella works on similar principles like Kate's flirting - the cone of the opponent's field of view changes its color to purple. The enemy will remain temporarily focused on the animal, but this does not mean that the enemy sees nothing from behind. You can still be detected when you find yourself at a short distance behind a cat. You can use Stella to sneak through the area that is in the enemy's field of vision or to approach the enemy from the back. In the latter case, remember about the relatively short duration of the skill. 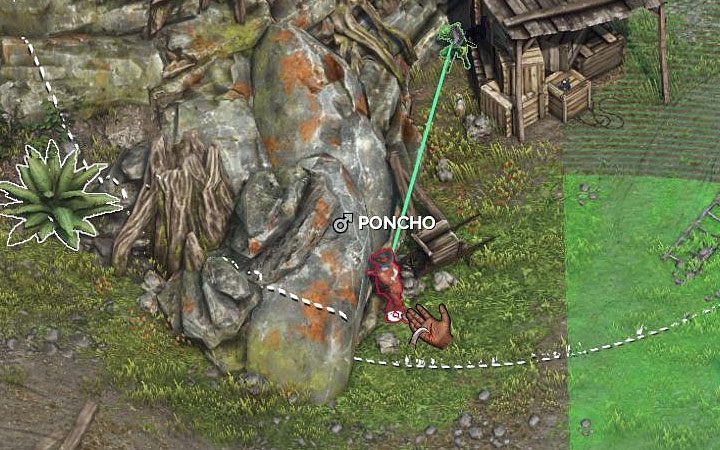 This is probably the most powerful skill available in the game - Isabelle is able to possess and control her opponent. After choosing this skill (press F key - PC version) you can only take control over enemies within the shaman's range and no obstacles can separate you from them. Mind control will work on ordinary enemies and opponents wearing a poncho. Only the elite enemies like Long Coats are immune to the effects of this skill.

Mind control in the game has far more advantages than disadvantages or limitations: 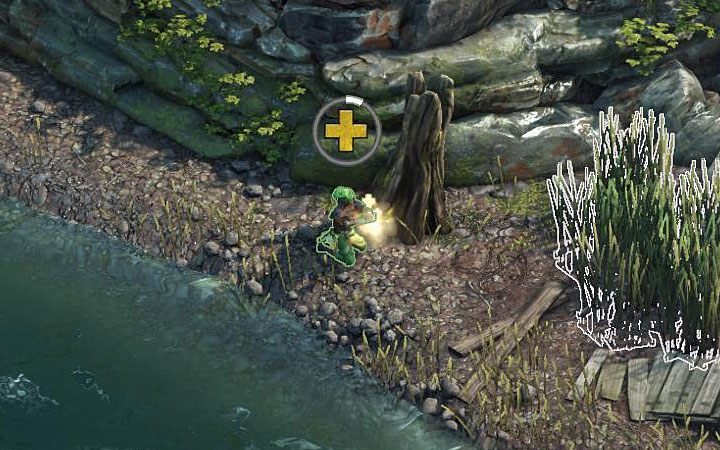 With this skill you can cure Isabelle or any other team member. It is worth noting that in the case of Isabelle, she loses one health point every time you use the mind control ability. So you may have to heal the shaman before you use the same ability again.

Unfortunately, weed can only restore 1 point of health. The good news is that this skill has unlimited number of uses. The only limitation is that you have to wait 10 seconds until the skill gets renewed.