This page of our guide to Desperados 3 contains a set of important information about Kate O'Hara, one of the playable characters in the game. In our guide you can find a detailed list of Kate's passive and active abilities. Also, we have prepared tips and tricks on how to use a disguise when you play as Kate and what are the main benefits of using this skill. 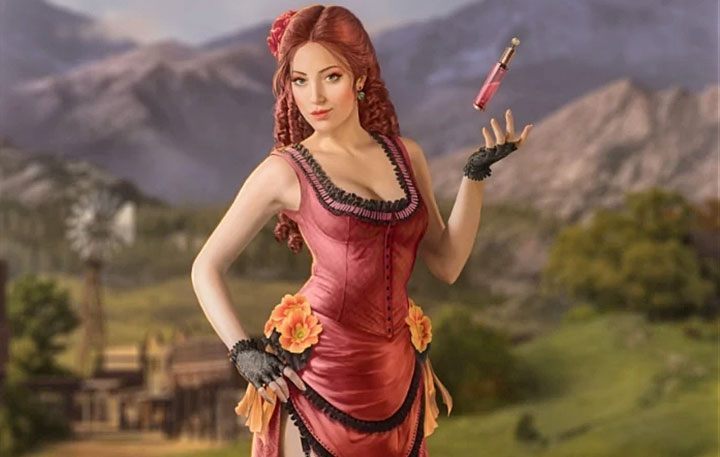 Kate O'Hara is a skilled poker player who is famous for using her beauty in order to achieve her goals (instead of using the conventional ways). She can also defend herself if necessary. She is a well-known heroine from all previous parts of Desperados.

Kate appears for the first time in the fourth campaign mission. It is worth noting that she is not available in all later stages. In some missions you may be forced to control other characters. 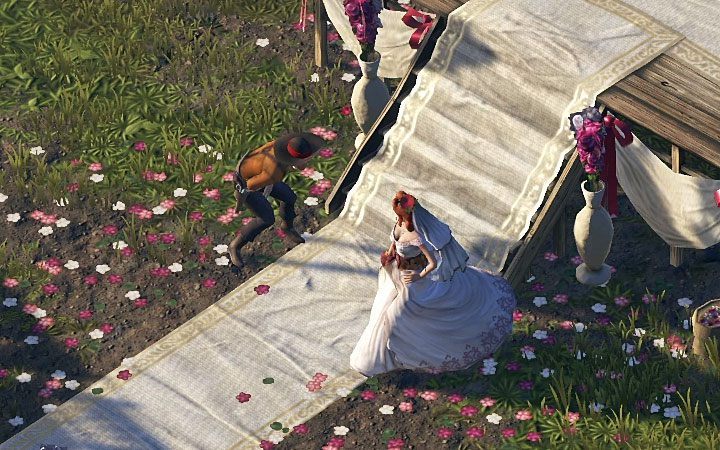 Kate's kick gives you the ability to stun your opponents, but this skill has one major drawback - Kate doesn't have the rope to tie up a knocked out person. There are three ways to deal with this problem:

It is worth noting that the described ability creates some noise - check the blue circle and make sure that there are no other enemies in it. The skill also requires 3 seconds to recover. 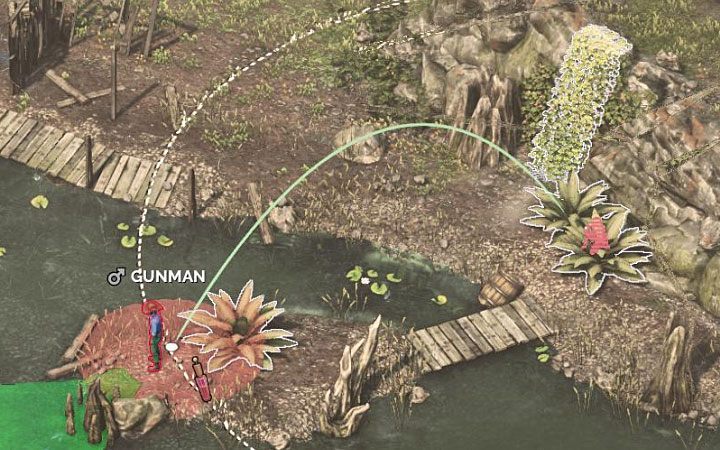 Kate can throw perfume vials over fairly long distances - the game allows you to plan perfume's landing spot, and a red circle on the ground will indicate characters who may be within reach of this skill. An exploding vial can temporarily blind enemies that were inside the red circle.

The blinding effect lasts for a few seconds, and in most cases this is enough to, for example, get through an area protected by the enemy. It is worth noting that an attempt to attack a blinded enemy in close combat may end in failure, since they do not lose all their senses. As soon as the blinding effect stops, the enemy will remain in an irritated yellow state for a while. However, this will not trigger an alarm. Kate has an infinite amount of vials, but you always have to wait 10 seconds for your skills to renew.

This is Kate's most powerful skill, which can make this heroine a very helpful team member. Kate must always start by acquiring a disguise. Only then the skill can be activated (press the G key - PC version) in order to wear the disguise. The disguise itself has two very helpful features - it is not temporary and it cannot get "worn out". So there's nothing to prevent Kate from staying in her new outfit until the end of the mission.

Kate's disguise allows her to avoid being detected by all standard enemies (including those in the poncho). Even if you are in their close vicinity, nothing will happen. Long Coats' opponents and security dogs are immune to disguise - they must be avoided at all costs. 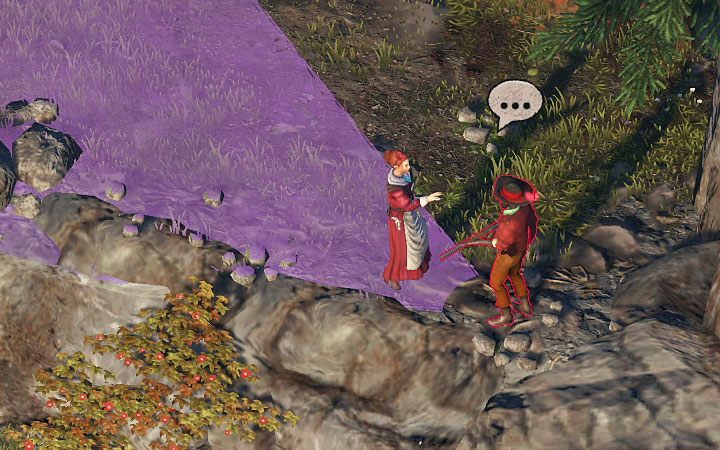 Flirting is a skill that works if Kate uses a disguise. Thanks to this ability, the usefulness of using the disguise increases even more. After selecting a "candidate" to flirt, his eyesight focuses on Kate. This skill is useful when Kate travels with another hero or heroes. After she distracts an opponent, another member of the team can easily bypass him or approach him from behind to easily eliminate him.

Flirting won't work on everyone. Except for the enemies you have to stay away from (Long Coats, security dogs), you won't be able to find any interest among female Gunwoman or opponents in a poncho. 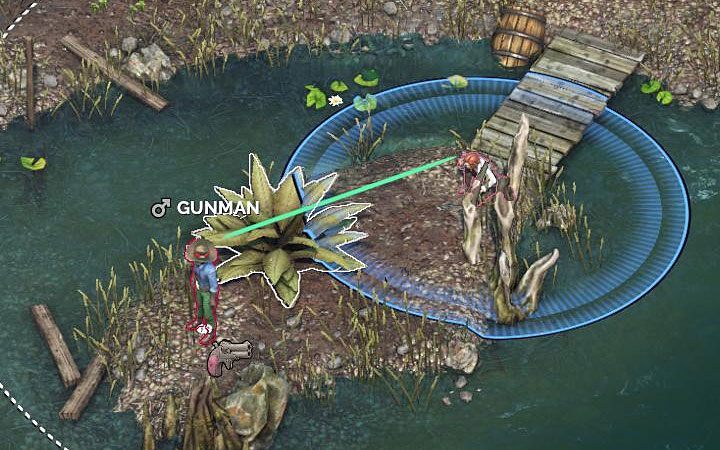 The Derringer pistol allows you to eliminate your opponents at short and medium distances. The most important advantage of this weapon is that the shots do not make too much noise. This cannot be described as having a silenced weapon, but if there are no enemies within a short distance, then you don't have to worry about the alarm.

Kate's gun needs six seconds to reload. Also, the gun has a limited amount of ammo. You can find more ammunition in the supply crates - their locations are marked on the maps in the world atlas.