On this page of the Desperados 3 guide, you will find all the main information about Doc McCoy, one of the game's playable characters. You will learn about McCoy's active and passive abilities. In addition, we have included e.g. information on how to use McCoy's poisons, how to open locks with a lockpick, and how to heal injured heroes. 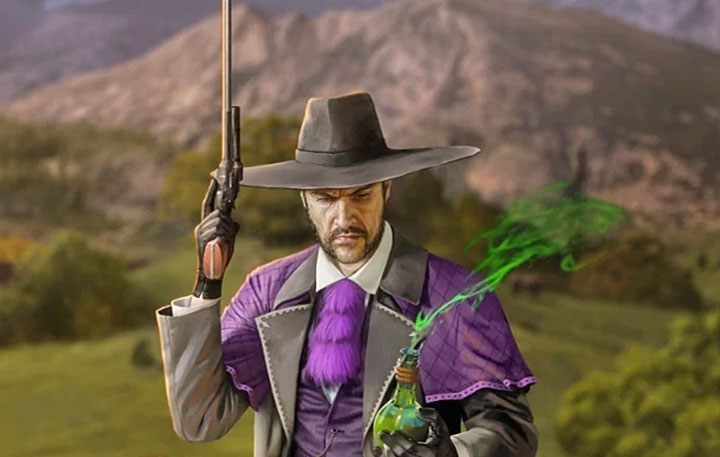 Doc McCoy is a very versatile person - he can serve as a doctor, an alchemist specializing in making poisons, or a sniper. This character is well-known from the previous Desperados games.

McCoy appears in the second mission of the campaign, but he is unavailable at the beginning. You must help him by using Cooper. It is worth noting that McCoy isn't available in every single mission. In some missions, you may be forced to control other characters. 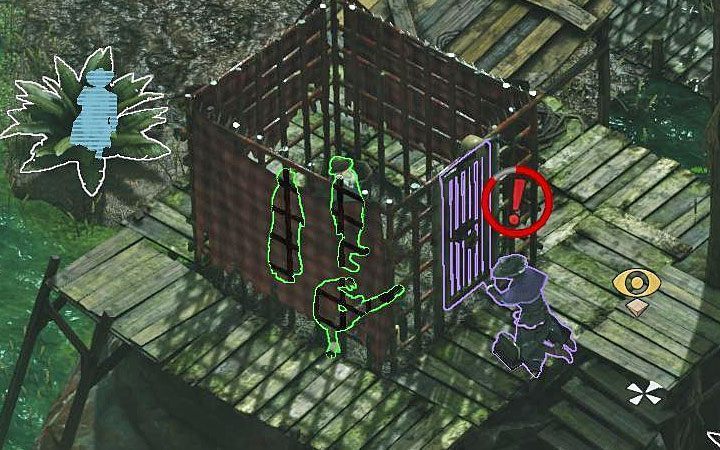 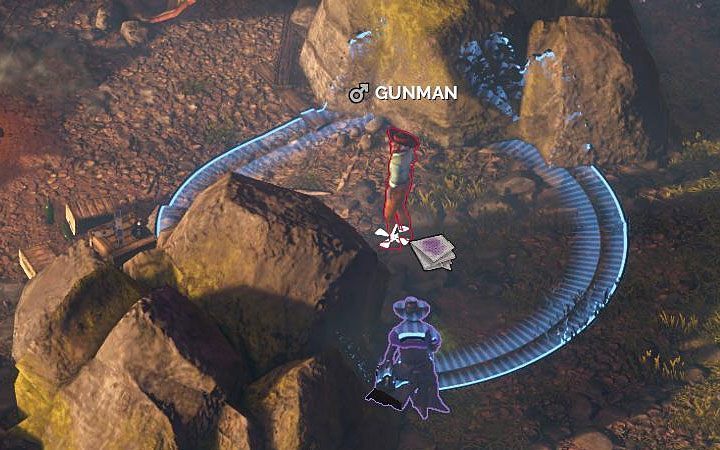 The main use of the syringe is, of course, to kill opponents in close combat. You should always sneak up on the enemy and be aware that the attack isn't fast. It also makes some noise - this is symbolized by the blue circle that appears around the enemy even when planning a kill. After using the syringe, you need to wait at least 4 seconds before you can use the skill again.

If you don't want to kill the enemy, instead of using a syringe, you can choose chloroform from the doctor's inventory (Y key on PC). McCoy uses it to temporarily render his opponent unconscious. Don't forget to hogtie a stunned opponent. McCoy has an unlimited supply of chloroform.

Colt Buntline Special - a revolver with a scope 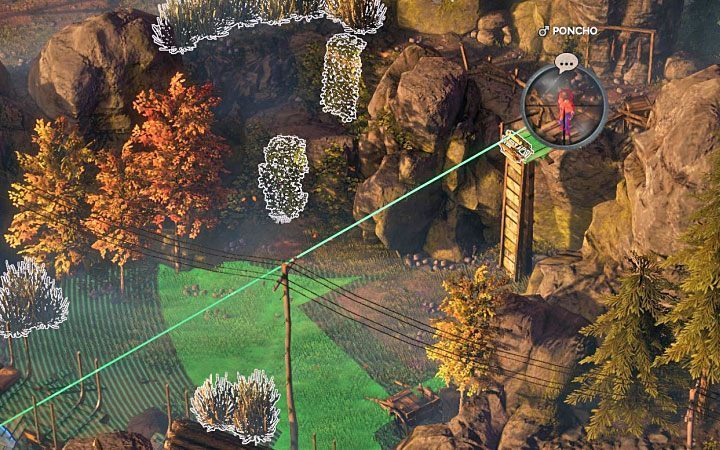 The Colt Buntline Special revolver is a mini-sniper weapon for killing enemies at very long distances. This weapon is ideal for killing enemy snipers and other opponents who, for example, have a wide field of view due to the height advantage.

After activating the skill (S key on PC), you must move the scope and stop it on the enemy. A shot can only be fired if the line symbolizing the trajectory of the projectile is green. Changing its color to red means that there are some obstacles in the way - you must change McCoy's position. Shots are best done from unoccupied places. Otherwise, the enemies may be able to hear the shot. The good news is that killed enemy snipers are often completely unnoticed, and you don't necessarily need to hide their bodies.

"Elite" Long Coat opponents are immune to Buntline. If you hit such an opponent, he will only be momentarily stunned and, after regaining full strength, go into alerted state.

The Buntline revolver has a limited ammunition. You can find more ammunition in the supply crates - their locations are marked on the maps in the world atlas. This is a powerful skill - leave it for enemies who are more difficult to kill. 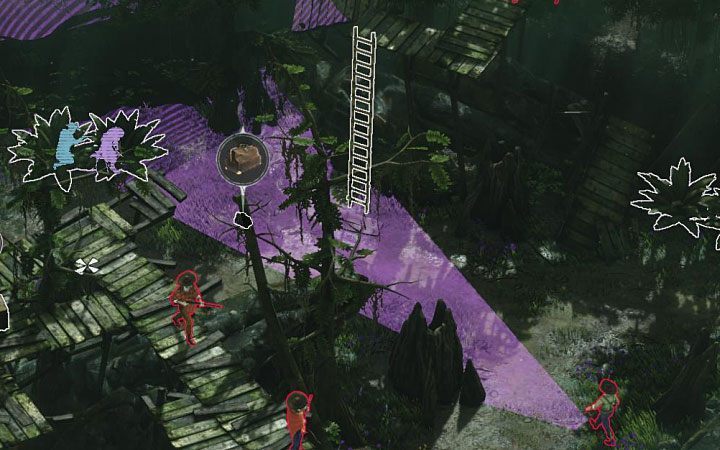 The medical bag is able to force the enemy to leave the post or deviate from the established patrol route, which makes it "more powerful" than Cooper's coins. The bag must be within the opponent's field of view (green color on the field of view's cone) to make them interested in it (the purple color of the cone) and go to the item. Unfortunately, this trick doesn't work for opponents in ponchos and Long Coat enemies - even when they spot the bag, they will stay in place.

Distracting enemies isn't the only feature of the bag - when the enemy opens the bag, they get blinded. This effect doesn't last too long, so it is worth remaining hidden somewhere nearby to quickly run to the blinded character and finish them off.

McCoy only has one bag - you need to retrieve it after each throw. Fortunately, every "deployed" bag can blind - there are no restrictions here. 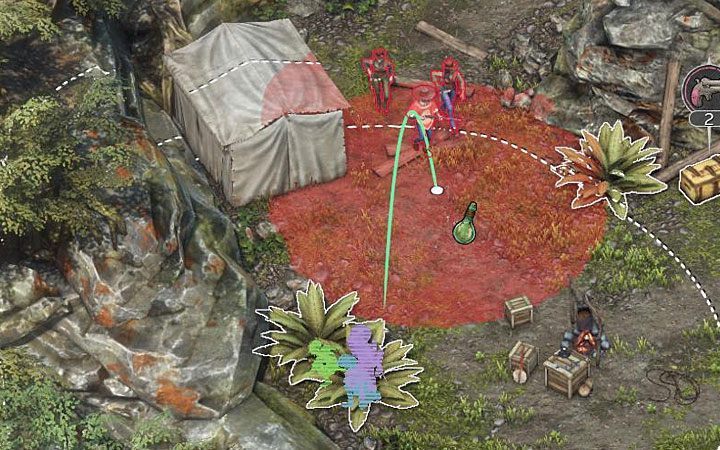 This is McCoy's most powerful "gadget". A thrown gas vial stuns all opponents who are in the place where it has landed - this is symbolized by a red circle on the ground. This is a great way to stun 3-4 or even more enemies at once. However, it is worth making sure that there are other characters near McCoy. Affected people can wake up in the same way as if they were affected by other stun attacks. You should be sure that you will have time to hogtie them all in advance (or finish them off with melee weapons).

Gas vial has a very limited use. At the start of the mission, McCoy will have one or, at best, several units of this gadget. Keep it for the most difficult groups of opponents.

With this skill, you can heal McCoy or any other team member. You should try to go through missions by avoiding injuries completely, but if someone gets damaged, use Doc's ability to heal them.

Bandages restore 2 health points If you play on the high or highest difficulty level, most heroes can restore their health points to maximum. Health bars of your characters are significantly longer on lower difficulty levels and you can restore only a part of them. This skill has unlimited use, although after using bandages, you need to wait at least 20 seconds to use them again.