On this page of the guide, we indicate which skills are the best. In Desperados 3, each of the playable characters has their own unique abilities. We have selected some of the most useful skills for each character. By relying on these abilities you can easily complete the mission.

If you like a particular skill, don't expect that you will be able to use it throughout the whole game. Only selected heroes appear in specific game missions. In addition, the game limits the use of the most powerful skills in various ways.

The full list of passive and active abilities can be found in a separate chapter of our guide - Playable Heroes and their Skills. 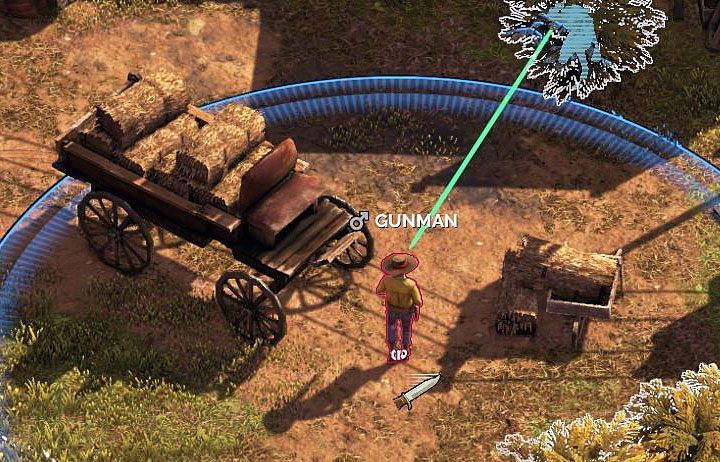 One of Cooper's most useful skills is knife throw. You can use it to get rid of individual enemies, as well as use the knife in combined attacks with other characters by using the Showdown Mode. Unfortunately, this gadget has two annoying flaws. Firstly, the thrown knife must be retrieved by reaching the corpse of the enemy. Secondly, the attack with the throwing knife is quite loud. So the knife throw may not work out very well in locations filled with lots of enemies. Then it's better to sneak on a specific enemy and stab him with your knife - it will be much quieter.

Cooper has a fake coin that can be used to distract opponents. This is a very easy to use gadget - just throw a coin at the area near your opponent or behind him. It is worth noting that the coin confuses and distracts the opponents in a poncho only for a short while and you have to bypass them much faster. 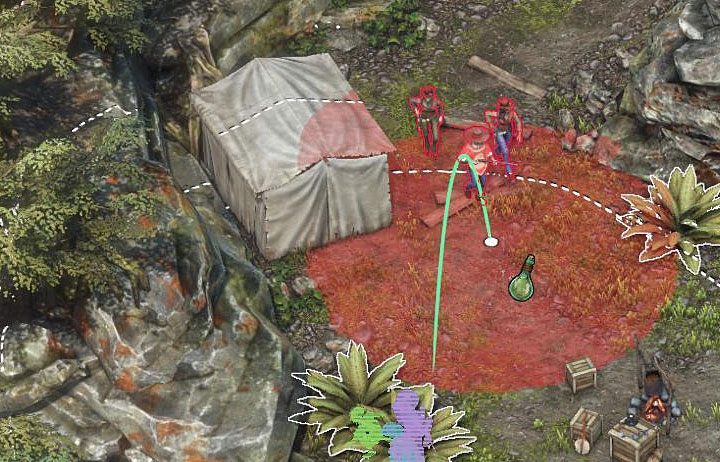 McCoy has quite a powerful gadget - a Swamp Gas Vial. It allows the hero to temporary confuse all enemies who stand in the attacked area (opponents will lose consciousness). This item is best suited to eliminate large groups and patrols, that is, those consisting of at least 3 enemies. But remember about 2 limitations - McCoy has only 1 or a few vials in his inventory and stunned enemies need to be tied up or killed immediately. If you have stunned more than 3 people, ask another hero to help you to neutralize them all before they wake up.

McCoy's Buntline gun is also very helpful. This is a perfect gadget to eliminate snipers and other enemies standing on hard-to-reach ledges or towers. The main advantage of this weapon is that the moment of enemy's death shouldn't be noticed. When firing, stay away from enemies so that the sound of the shot does not alert them. 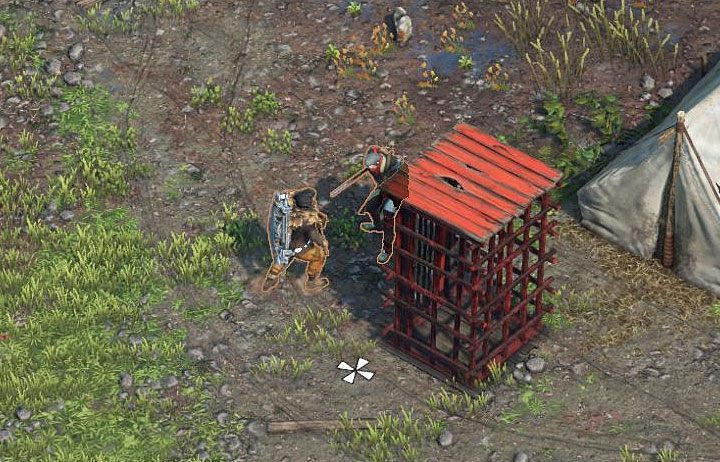 Hector has two skills that work very well when they're used one after another. The first skill is called whistling, which allows you to lure enemies, make them abandon their post and distract them. The second skill is the bear trap that can instantly kill a caught enemy. As a result, you can set up a bear trap and activate whistling skill while being at the same place. It's worth remembering that Hector has only one trap, so you have to retrieve it when it's no longer needed.

Another useful ability of Hector is that he is the only character that is capable of eliminating elite enemies like Long Coats. You can stun Long Coats in close combat or use Hector's axe to kill them, depending on your preferences. 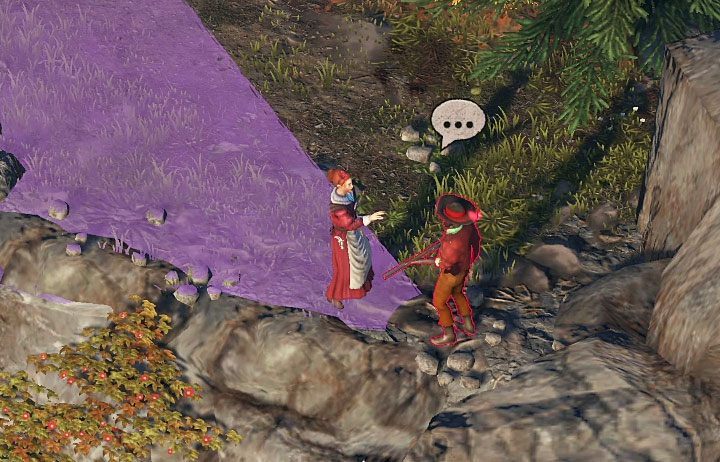 The most useful ability of Kate is the possibility to put on a disguise. After using a disguise, Kate can easily bypass all opponents except the elite Long Coat enemies and security dogs. The disguise can be used for any amount of time - it doesn't have any durability or exhaust value and the skill does not require any time to regenerate. The only disadvantage is that you have to obtain a disguise before you can start using it.

The use of disguise is directly related to the second great skill of the heroine - flirting with opponents. Kate can flirt with enemies and, in addition, drag them away to secluded places. These are great options, especially in situations where other characters are traveling with Kate. It is possible to clean the path or eliminate all enemies in a more secluded place. Unfortunately, flirting does not work on opponents wearing a poncho or Gunwoman. Nevertheless, it is a very useful ability. 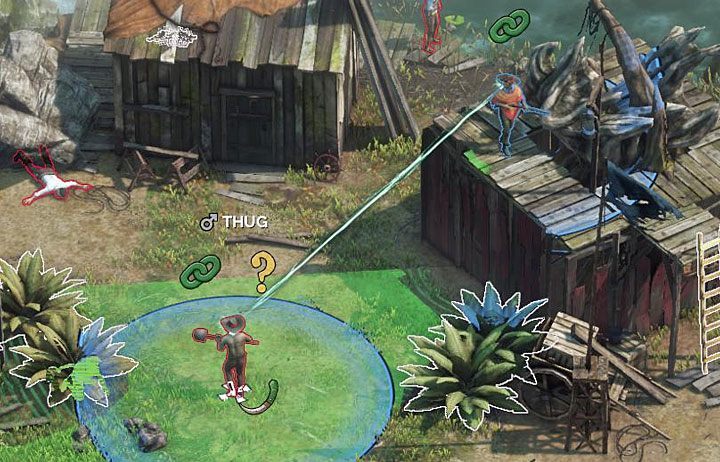 Isabelle's two best skills are directly related to her "voodoo powers". The shaman has, above all, the power of mind control - you can possess an opponent who is within range of the ability and start controlling him personally. The two main applications of this skill is the possibility to acquire inaccessible items (for example, keys from guarded locations) and possibility to attack enemies without engaging main characters in combat. Mind control has unfortunately a very limited number of uses, but you can look around for chests with supplies to gain additional stacks of this skill.

Isabelle's second power is the ability to connect the souls of her opponents. You can connect two enemies placed close to each other, so that they will react identically to your heroes' attacks. Basically - stunning or killing opponent 1 will automatically stun or kill opponent 2. This is very useful in those places where enemies stand close to each other and/or are watching each other. This ability is not limited, although you must regularly heal Isabelle when using these skill (the same applies to mind control).