This page of the Desperados 3 guide has information on how to save all the civilians in mission 2 - Running Late on Payday. There are 5 groups of innocent people to save. Helping them all will be rewarded with a Badge (challenge) and will bring you closer to completing the stage in 100%.

A complete step-by-step solution for mission 2 is in our walkthrough section. 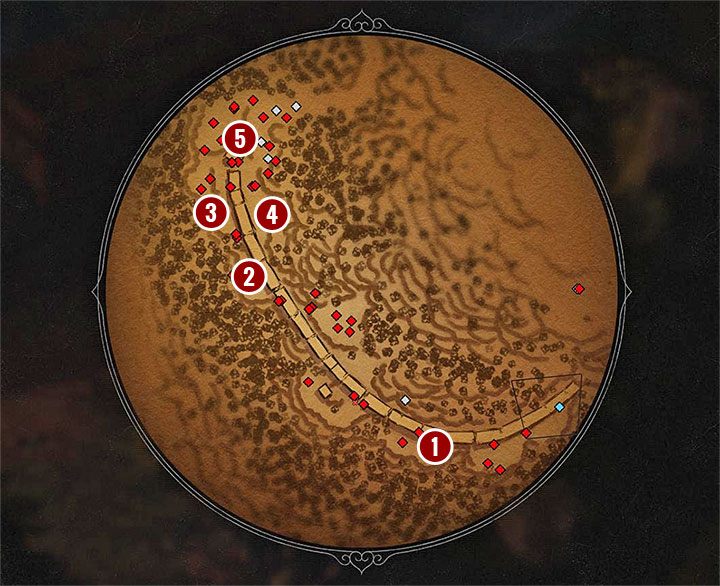 The groups of civilians are shown on the map above. Of course, you don't need to save them in the order in which they are marked on the map. Detailed information on how to save all innocent people can be found in the descriptions of individual points. 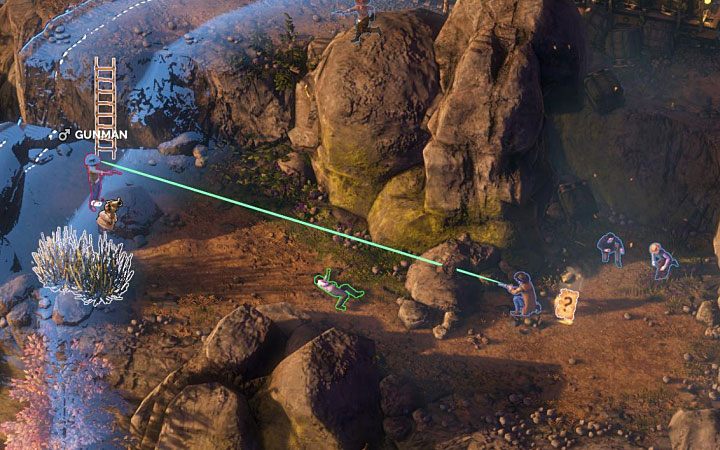 Point 1 - You must go through this place to reach the locomotive and the collapsed tunnel. You will notice that one of the bandits is shooting at people hiding behind the rocks. The easiest way to help them is to use one of Cooper's revolvers and shoot that enemy from behind the rock. Be prepared - the bandit's death will be noticed by his colleague standing on the mountain next to the train cars. Shoot him with Cooper's second revolver. Don't try to wait for the first weapon to reload, you won't have enough time for that. 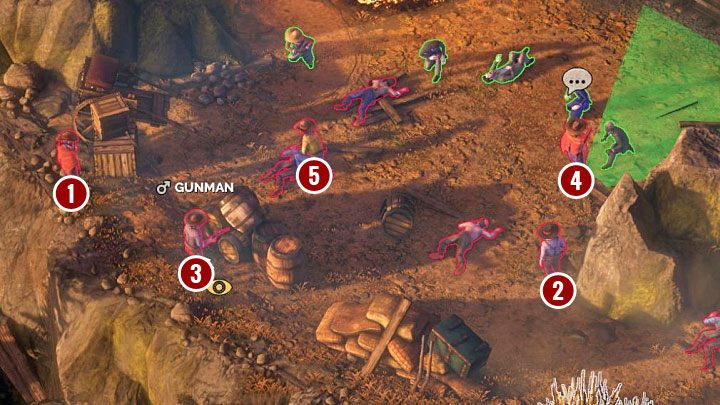 Point 2 - The hostages are being held in an area with five bandits. You will meet them on your way north. We recommend dealing with bandits in the order shown in the picture: 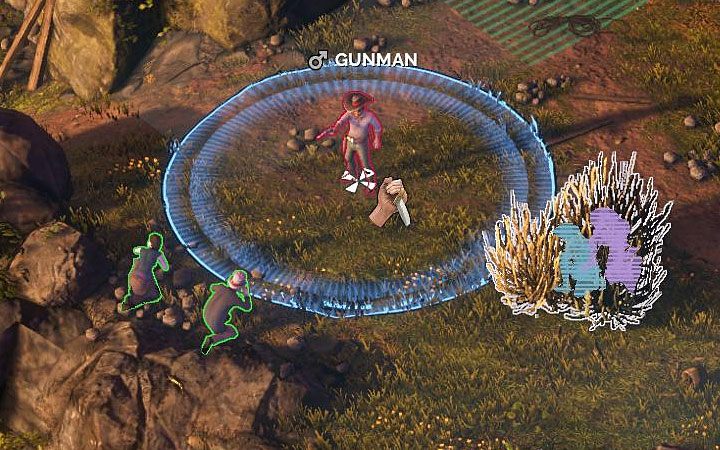 Point 3 - Two people are being held at the gunpoint in the area to the left of the locomotive. Don't rush with killing bandit aiming at them, because this way you can easily raise the alarm. An enemy in a poncho is standing on a nearby hill - he watches the area. It's best to shoot him with a Buntline (don't worry - no one will notice his death or find his corpse). If this isn't possible, then it is better to postpone the rescue of civilians for later and go down the ladders to approach the enemy in a poncho.

That's not all. Take care of the bandit running in the green shirt (he runs to point 4 described below) and the enemy who leaves the train from time to time. Only then decide to eliminate the bandit targeting the prisoners. 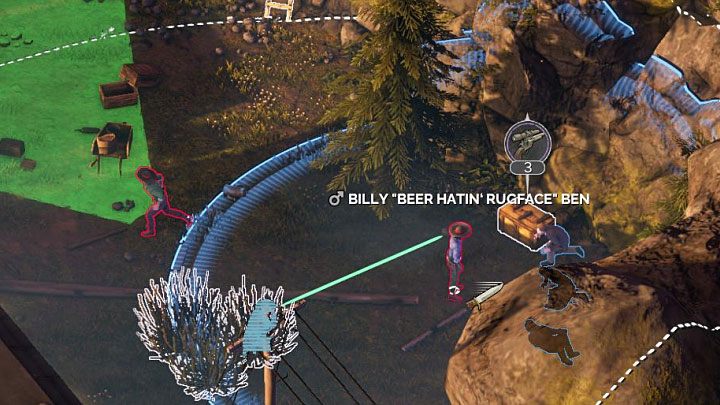 Point 4 - Another group of hostages is held to the right of the locomotive. This is an area with one of the ammunition boxes. If the opponent in the green shirt is still alive (the one described in point 3), get rid of that enemy first. Before you attack his friend guarding the prisoners, make sure that one of the opponents to the north doesn't go/look in this direction. He can get alerted by your actions. 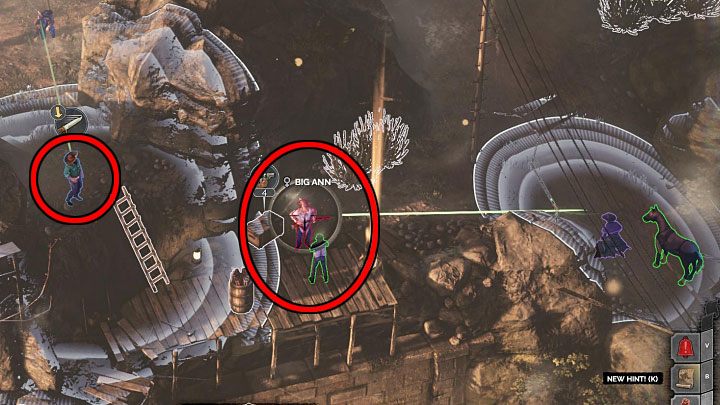 Point 5 - Be sure to save the game before you go to the hill because the last hostage can easily die. This person is being interrogated by Mary Ann. After you get close to them, the final part of the interrogation will start - the man will get shot.

Stay away from Mary Ann and the hostage until you're ready. We recommend that you get rid of as many surrounding enemies as possible and secure a small camp on the hill. Use Showdown Mode to plan a joint attack on Mary Ann and the bandit watching her. In the example from our picture, we killed them using Cooper's knife and McCoy's scoped weapon. The challenge should be completed right after the hostage on the hill is safe.