On this page of our guide to Desperados 3 you will find many useful tips about map exploration and sneaking that can be used to complete missions without being noticed. We have prepared various tips and hints concerning the main rules and mechanics of the game. The newly acquired knowledge will make it easier for you to complete the campaign missions.

Field of view of enemies 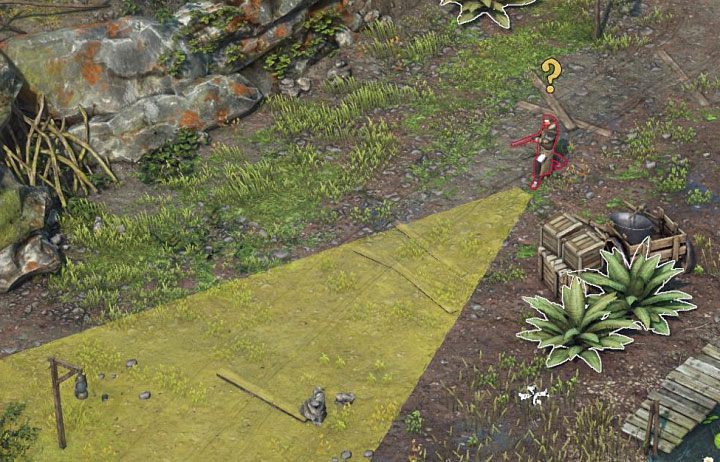 As in Shadow Tactics and previous parts of the Desperados series, each opponent has its own field of view, which can be checked at any time. To do this, click on a specific character (hover the cursor over the character and press the right mouse button). A colored cone will appear which symbolizes the field of view. Different colors of the cone have different meanings: 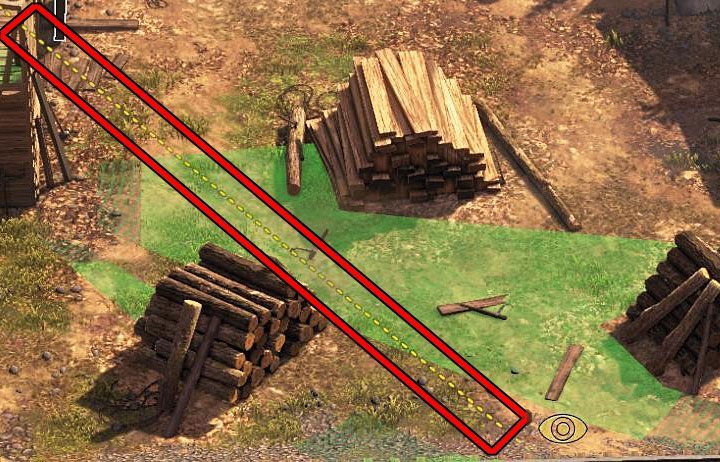 In Desperados III there is also a more advanced and extremely useful mechanics of creating field of view markers. Generally, the assumption is to be able to check if a certain area on the map is within the opponents' field of view. This may help you to determine whether it is safe to visit the place.

In order to place a marker, you have to move the cursor to some place and hold down the right mouse button (hold down the right mouse button - PC version). A point with an eye icon should appear. Yellow dashed lines indicate the enemies who are observing the place - an example of such a line is shown in the picture above. Using this method may allow you to reduce the risk of detection in case you don't notice an opponent.

Map of the surrounding area 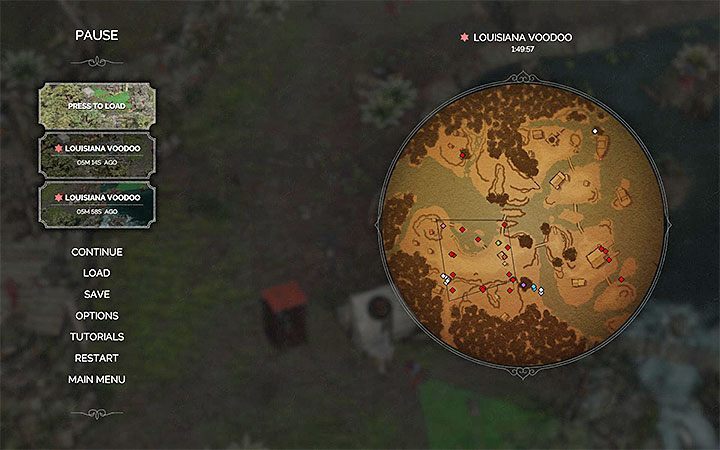 The map of the area is one of the most useful features in Desperados III. It allows you to check the type of terrain, locate team members and determine the position of your opponents. You can use up to three versions of the map:

There are icons on each version of the map. Reading and interpreting them is not difficult:

In conclusion, we advise you to use the large map as often as possible. Identify and check the positions of your enemies first of all, so that you don't get surprised by an opponent covered by a wall or other large obstacle. 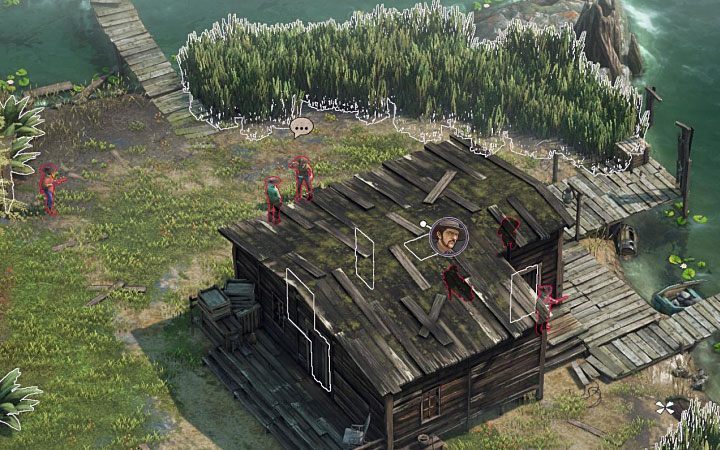 The highlighting function of objects and NPCs in the area provides great help and makes it easier to play missions in a more proper way. It is so helpful that it can even be compared to playing with cheat codes. You can use it at will (press the H key PC version) and its most important applications are:

As long as this option does not spoil your aesthetic experience, we recommend having it switched on at all times. This will significantly reduce the risk of skipping an opponent or an important quest item (for example, a poison in mission 3 of the main story campaign).

Different paths to reach a target or objective 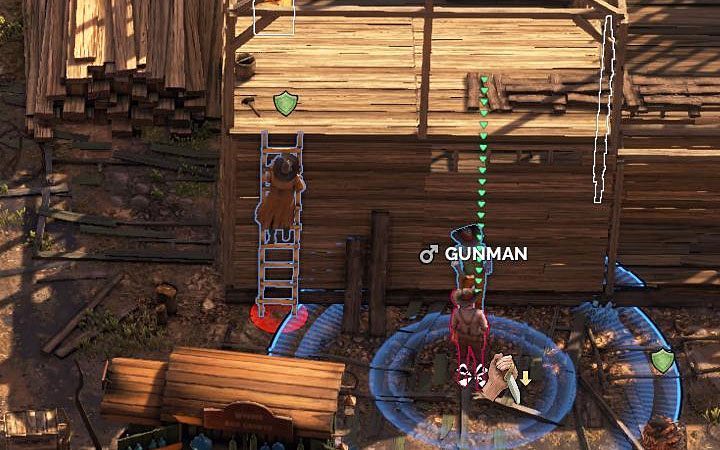 The first mission and half of the second mission of Desperados 3 are very linear, but fortunately this is not a whole picture of the game. In most missions, the heroes have a lot of freedom of action and this also means the availability of taking different paths to complete mission objectives. Basically, there should be at least two different paths available, and certain areas can be reached from almost all sides. So the rule is quite simple - if a path is heavily guarded, look for another one. In particular, we advise you to search for:

In our walkthrough of the main campaign we tried to take into account as many variants of the mission as possible. If you have any problems with getting through any place, we recommend you to check our detailed walkthrough. 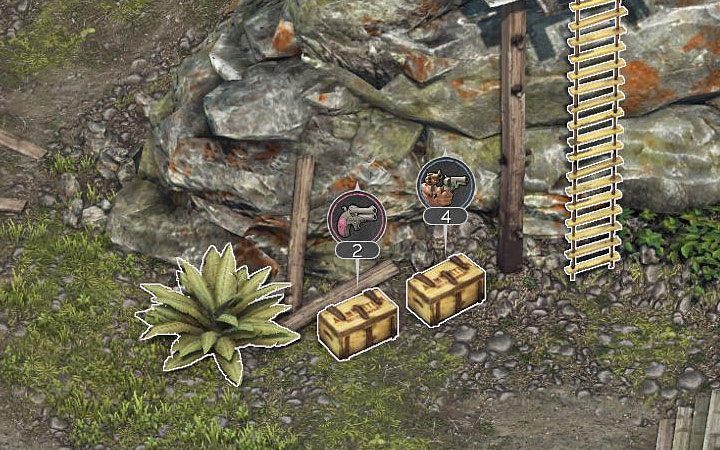 While exploring the map, we advise you to take an interest in all supply crates you may find. They allow you to renew the number of limited skills. This is primarily referring to all kinds of firearms, but with the help of these crates you can also increase the number of stacks of very helpful Mind Control skill used by Isabelle. There are two things to remember:

We have marked the locations of all supply crates on the maps of our world atlas. They are visible from the very beginning of the mission. They don't show up after you get closer to them.

Triggering an alarm and enemy reinforcements 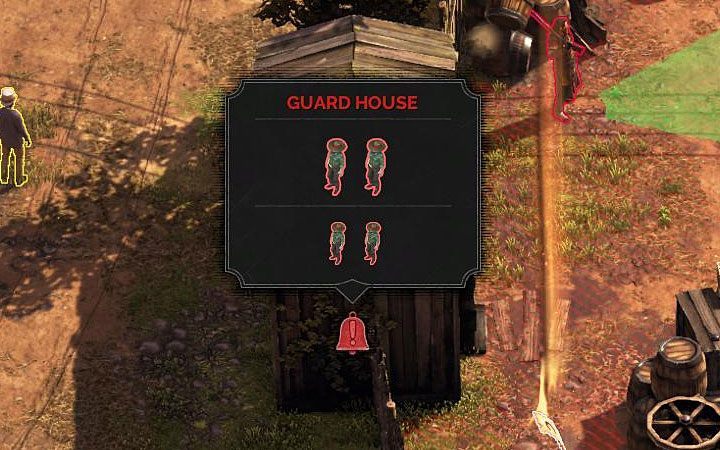 Try to avoid triggering alarms as you play through the game. However, if an alarm has been triggered, it is worth knowing the consequences:

Opponents in motion and motionless enemies 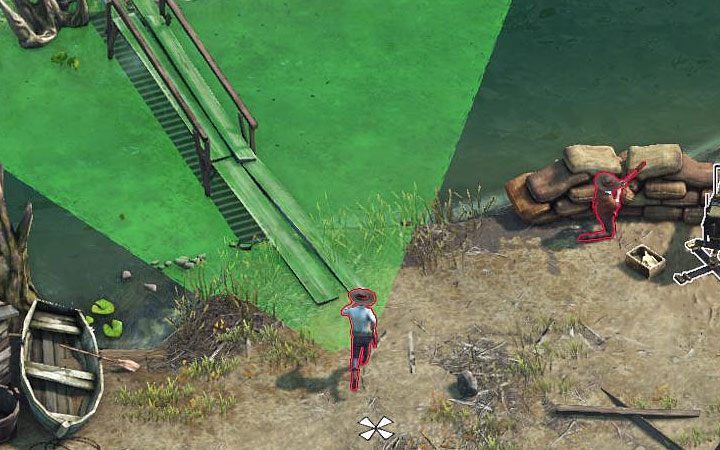 The opponents that can be encountered in Desperados III differ not only in their degree of exclusivity (ordinary, enemy wearing a poncho, Long Coats), but also how they behave. Their behavior can be divided into three main groups:

We recommend that you make a habit of monitoring your opponents from every new location. While stationary enemies are easy to surprise, those patrolling the area can be encountered more easily. It is worth noting here that the game has an option to speed up the passage of time (X key - PC version). You can use it to get a quicker overview of the full patrol route of an opponent. 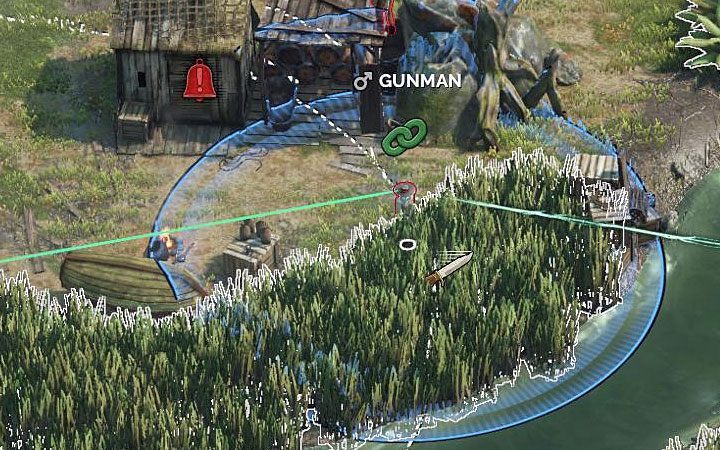 In Desperados 3 you can be spotted and also heard by enemies. So, you have to take care of both these issues. If the opponent hears suspicious sounds, he will turn towards the source of the noise and then go there. This is, of course, a very frequent cause of triggering an alarm. We advise you to pay attention to three things:

Is it better to kill or stun your opponents? 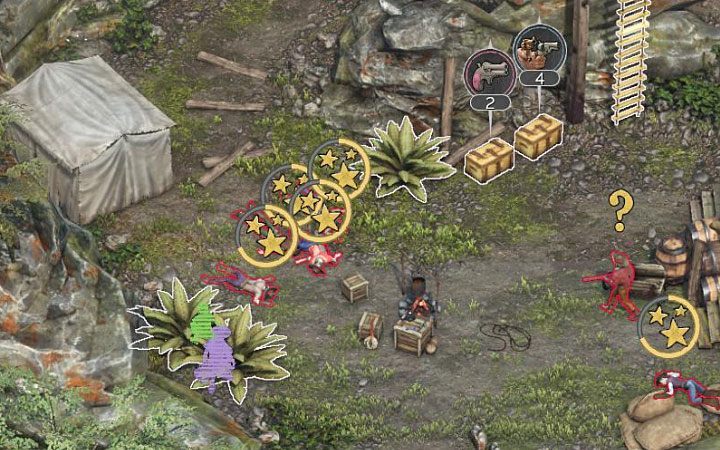 As you play the subsequent missions of Desperados III you can choose whether you want to kill other characters or stun them. Contrary to many stealth games, Desperados 3 doesn't provide any special rewards for keeping all characters and NPCs alive. The exceptions are single challenges in selected missions, which may concern, for example, sparing some people from a specific area.

Getting rid of bodies and corpses 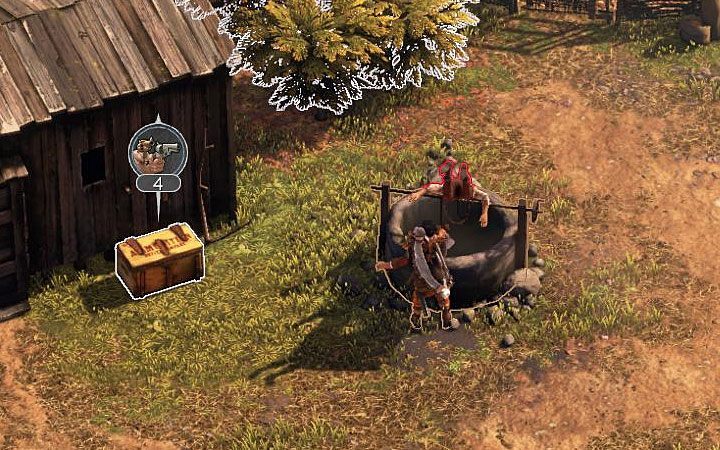 Make a habit of hiding bodies of all attacked enemies, whether they are murdered or merely stunned and tied up. Even if there are no other enemies in the area at the current time of the mission, the situation can easily change later. Every body found is a serious risk of triggering an alarm. The best way to get rid of corpses is to hide them in bushes, hay or high grass. This is because the corpses left there "disappear" after a while, which means that they will not be detected by any other enemy. In the case of murdered people, an effective method is to throw the body into a well or river, or to throw it into an abyss.

A useful hint is that available heroes do not carry the corpse at an equal rate. Some heroes find it easy, others find it challenging. The best character to get rid of the bodies is Hector - he's the only one who can carry two bodies simultaneously. 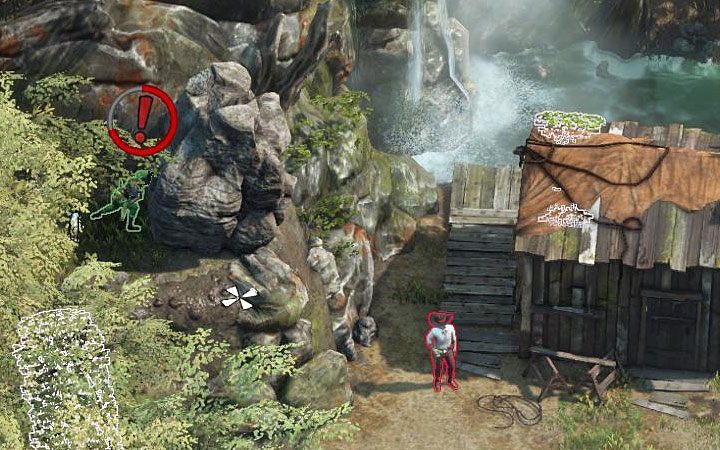 Environmental traps are a good way of killing enemies without using gadgets. In addition, there is a good chance that the use of the trap will be treated as an unfortunate accident. In other words, enemies who arrive on the scene of the incident will not trigger an alarm.

Possible traps are marked in the area's highlight mode - these can be, for example, large boulders (an example is shown in the picture) or towers made of many crates that can be pushed down on enemies. Always try to get as many enemies as possible at the trap activation point. You can only use each one of them once and it's worth using the trap's potential to the maximum.