This page of the Horizon Forbidden West game guide explains what Salvage Contracts are. We have included a list of all the salvage contractors and described how to get the Oseram Artificer armor. 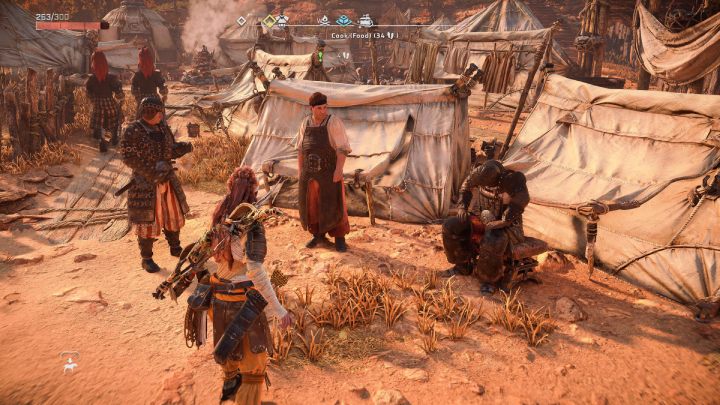 Contracts are minor quests that you will receive from Lead Salvagers and they usually involve fetching specific parts from certain machines.

You will encounter your first Salvager in Barren Light when you arrive there during the 3rd main quest, To the Brink.

When talking to a Salvager named Keruf, you will learn that the man has a camp beyond the western border of the settlement. After completing the 4th main quest, the Embassy, you will unlock the area behind Barren Light and thus be able to visit his camp. 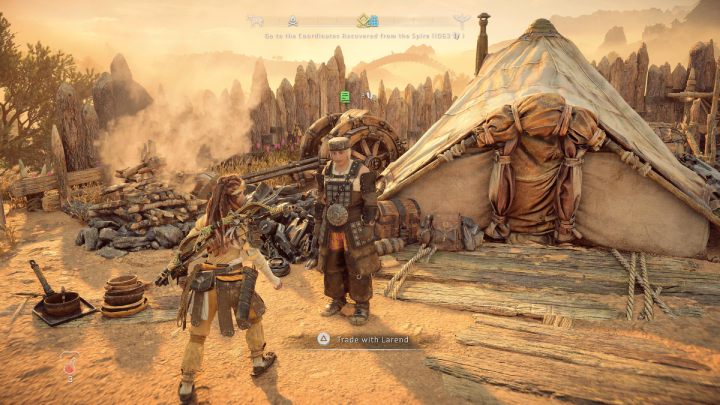 When you reach the camp Keruf mentioned, you will encounter another Salvager who will offer you some initial contracts. For completing each contract, you will receive a large amount of experience points and various interesting rewards.

Salvagers are a type of merchants that will sell you all kinds of crafting materials. Not only that, they often have rare items necessary to craft certain types of ammo, or they might even stock legendary materials.

During your first conversation with Larend, you'll learn that the 3 other salvage contractors are preparing to create the best armor out of recycled machine parts in order to take part in a contest Keruf is holding. After completing all 17 of the salvage contracts and talking to Keruf, Aloy will receive the Oseram Artificer armor.