On this page of our guide you'll find some tips regarding combat and stealth in Horizon Forbidden West. 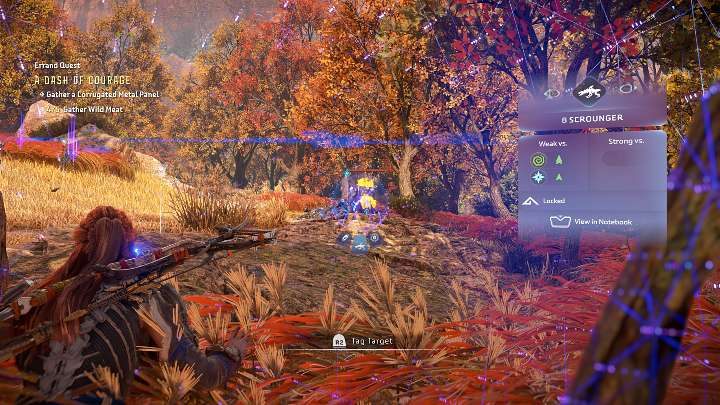 If Horizon Forbidden West is your first game in the series and you haven't played the previous installment, you should scan every enemy with your Focus (R3) to learn their strength, weaknesses and highlight their patrol routes. Moreover, scanning enemies immediately reveals their detachable parts. 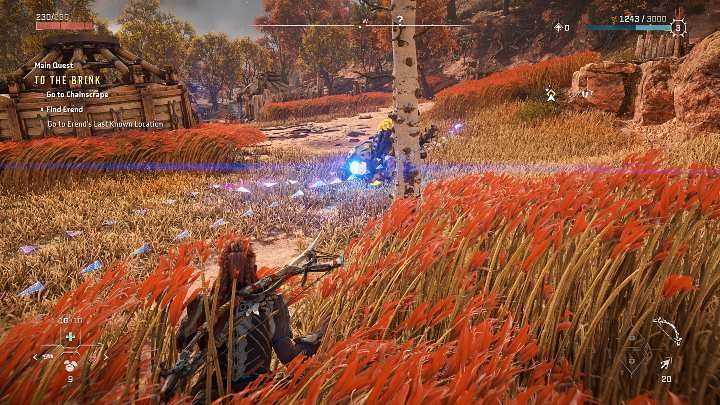 Aloy can easily mask her presence by hiding in tall red grass - this makes her undetectable to mechanical and human foes. Remember to crouch (Square) while in the grass. 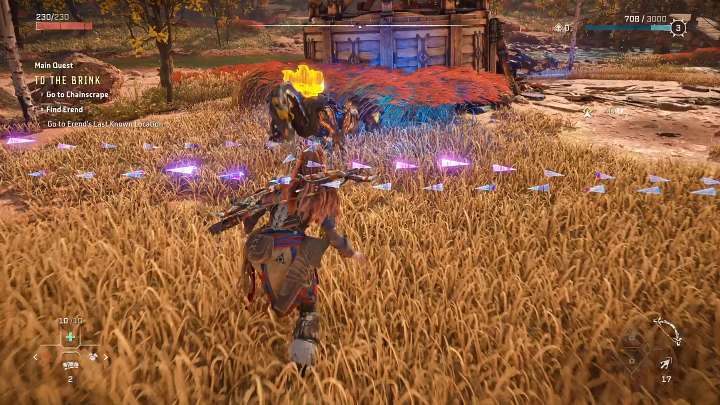 You can also approach enemies from behind while crouching without arousing suspicion. Once you get close enough you can quietly eliminate the enemy (R1).

Before you try to sneak up to the enemy it's a good idea to use the Focus (R3) and highlight the path they're moving along. 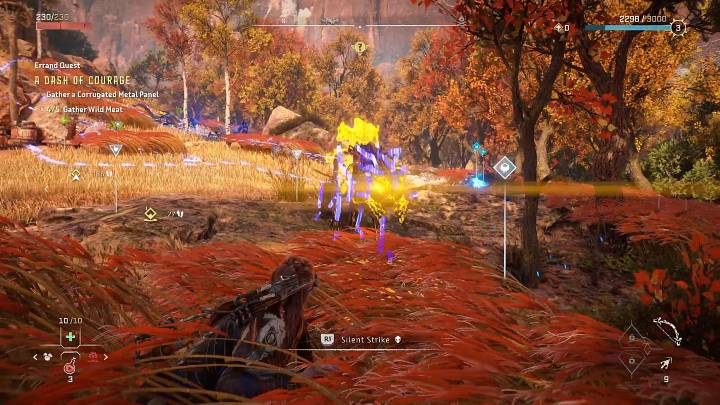 Silent Strikes can also be performed if you wait in tall grass for the enemy to come closer to you. From time to time you can take advantage of noise alarming the machines and causing them to leave their pre-established patrol routes or lure them to a specific spot by throwing rocks.

You should also know that prone/paralyzed targets can also be eliminated immediately. 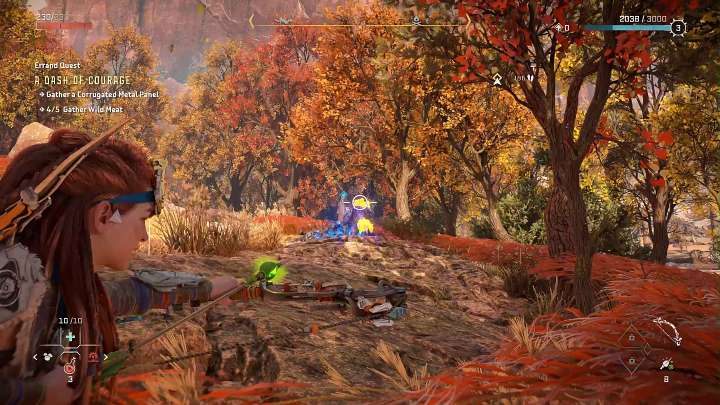 You should start ranged combat from a hidden position whenever you can, as it will give you a pretty big advantage, letting you fire off several shots before the enemy figures out where you are. Aim for detachable parts first - or for weak spots if you want to kill the target quickly.

During combat you can also use other ranged weapons firing various kinds of projectiles or set up traps and lure the enemies towards them. 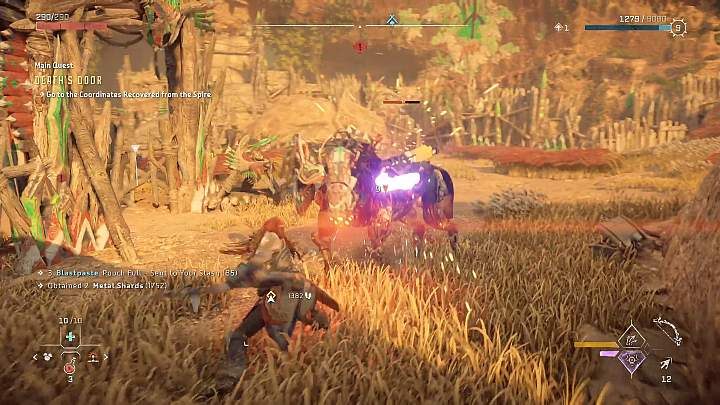 Aloy is also very handy with a spear and can perform quick (R1) or strong (R2) attacks with it. You can chain quick attacks together into deadly combos, but they don't deal much damage individually. 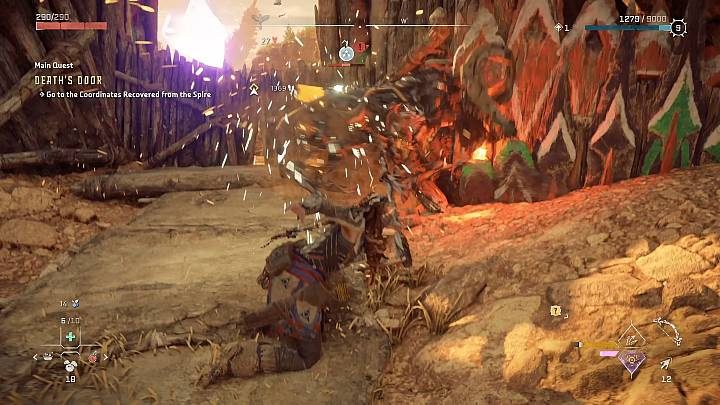 Strong strikes have a longer wind-up (hold R2) but they hit very hard and can detach parts or armor fragments. 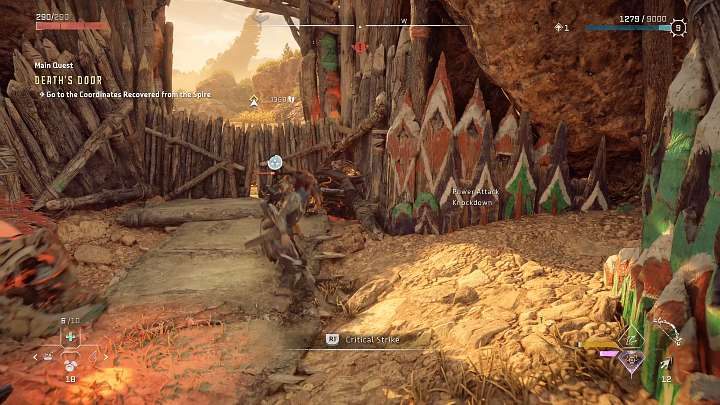 You can also knock enemies prone with strong attacks, which lets you immediately execute them. During melee combat remember to dodge your enemy's attacks as well (Circle).