This page of the Horizon 2 Forbidden West guide informs how big the world map is. In addition, we have included information on how to uncover the world map initially obscured by the "fog of war" and how to unlock new areas of the game world.

General information about the open world 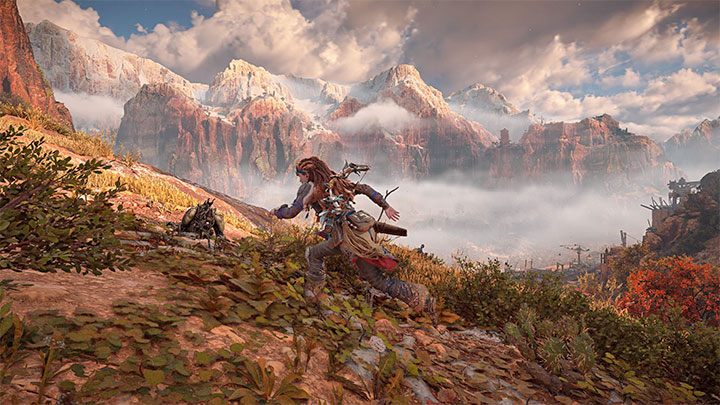 Just like the previous part of the series - Horizon Zero Dawn - Horizon Forbidden West has an open world. In the sequel, Aloy visits mostly new lands from the former western territory of the United States. The game world is vast and offers a large variety of types of locations - including mountains, forests, deserts, swamps or coasts.

The game has significant limitations in the freedom of exploration and does not allow you to go to every single location right away. However, you should not complain about the lack of attractions, because each land offers not only new main quests, but also a lot of optional activities.

The important information is that discovering new lands while progressing through the game's main storyline does not block access to previous ones. You will be able to return to them at any time to take care of things you missed.

Horizon Forbidden West facilitates traversing the game world in two main ways - Aloy can use mounts (dominated machines), and the fast travel mechanic that allows you to move between the many campfires on the world map. This should help you a lot, especially when the heroine needs to reach some remote location. We discuss mounts and fast travel in more detail on separate pages of this guide. 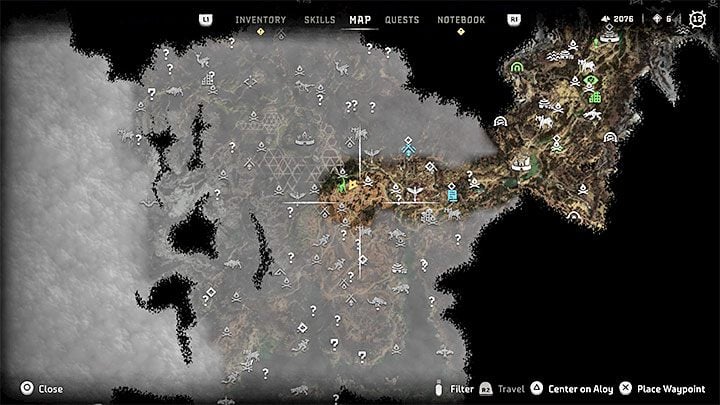 There is, of course, a world map available in the game. However, it has two important limitations: 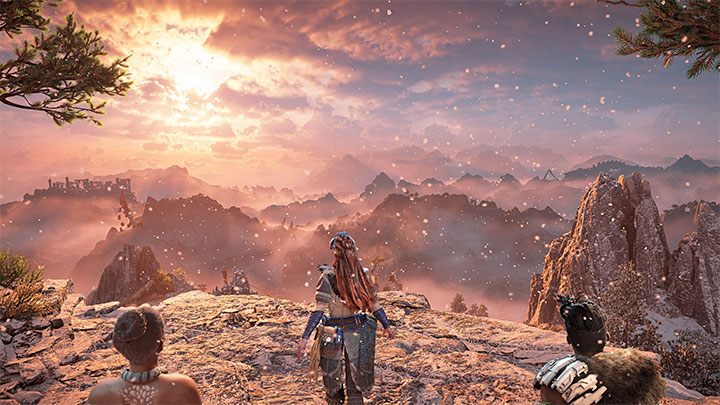 The campaign in Horizon Forbidden West is structured in such a way that you gradually travel west. The game will not allow you to reach the western end of the map right away - you will encounter artificial blockades such as a closed gate or a steep mountain range.

More lands unlock as you progress through the main storyline. Some of the main quests will allow you to unlock permanent passages to new regions of the map. From then on, it will be possible to explore them freely (you will also be able to return to previous areas).