Nook Miles is a new feature in Animal Crossing series. In New Horizons, Nook Miles can be accessed through the Nook Phone. What is this system? 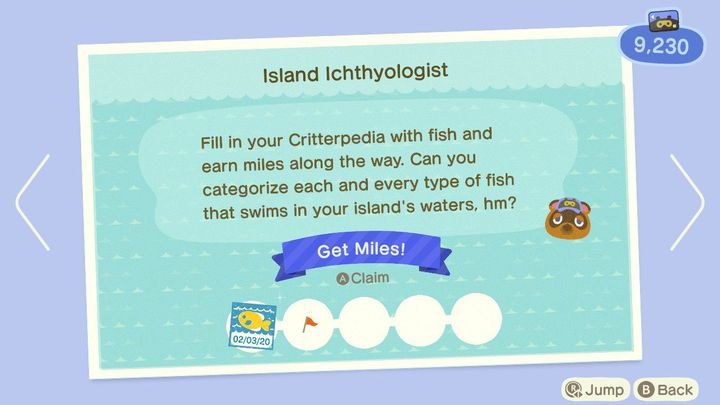 We get points for everything, for example for catching fish.

As you can see, Nook Miles are worth gathering. You don't need to focus your efforts on collecting them - you will gain them frequently by simply playing the game. But don't spend them all right away.

Many useful gameplay upgrades can be bought for Nook Miles: