This page contains a comprehensive game guide to Animal Crossing New Horizons, a game that was released on Nintendo Switch on March 20, 2020. This is a new game of the series that has been available on Nintendo consoles for almost 20 years. In ACNH, you can create your own hero or heroine and travel to an abandoned island. The main premise of the game is to expand the island, participate in the social life of residents, arrange your house, and catch new species of fish or insects. You can experience all this in an amazing world full of charming visual design - sharp and polished in every detail as never before in the history of the franchise.

In our guide you can find valuable tips on gameplay, description of in-game controls and information about the most important issues related to the game. We explain how to begin your adventure, how to expand and develop your island, how to collect resources and how you can catch rare fish or earn money.

Although it's not possible to create a typical walkthrough of main story campaign available in Animal Crossing, because the game has no traditional storyline, we have prepared a lot of answers to the most important questions that came to our minds during the game.

In this guide you can also find some detailed information about pre-ordering the game on Nintendo Switch - including some details about editions for new console versions. Additionally, you can get to know how the co-op works in the game, where to get new furniture or clothes, and even how to cross the river! 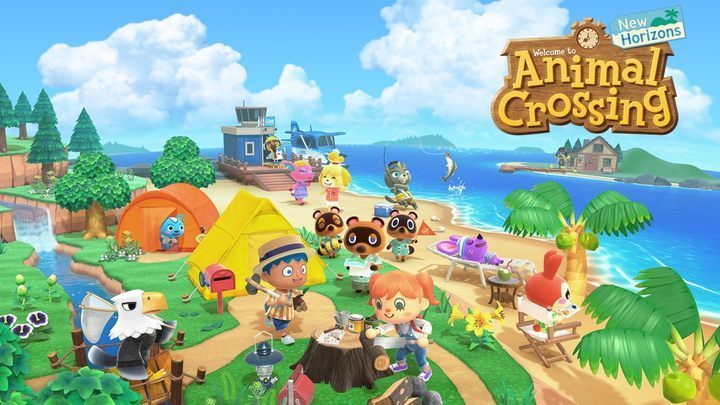 Animal Crossing was released on Nintendo Switch on March 20, 2020. The game can be launched on the standard version of the console, as well as on Nintendo Lite.

Of course, in the case of classic version of Switch you can play ACNH in the TV and handheld mode.

You can purchase the game as a standard pre-order available in a retail store, but you can also buy a digital edition in eShop. The game costs 60 euro. 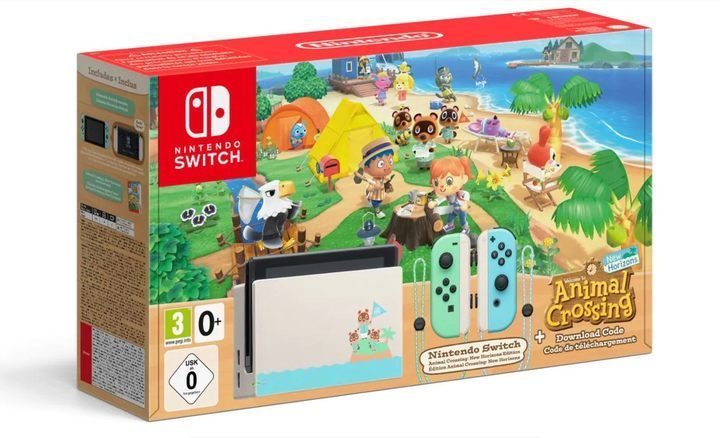 The Animal Crossing series has an open world and free roam gameplay, similar to games like The Sims, and this means there is no typical end of the game. The plot, though present and leading up to the nice finale, is just a background. Playing AC focuses on participating in the life of our village, collecting fish or insects, creating new items, furnishing the house or participating in regular festivals. The rewards for the festivals include new clothes or furniture. 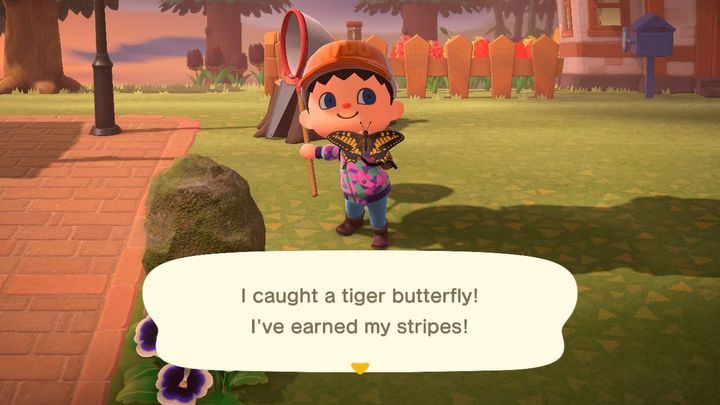 It's hard to estimate how long it takes to beat Animal Crossing New Horizons - the biggest fans of the series might spend even hundreds of hours with this entry in the series during the next years. In order to discover the majority of what the game has to offer, you must spend at least 50 hours across two weeks of time.

The Day and Night Cycle

Animal Crossing belongs to a small group of games in which the virtual time of day is same as in real life - behind our windows. So, if you decide to play only in the evenings, then you will see your village only in the moonlight. The same applies to the seasons, which change like the usual seasons. To see how autumn looks like in our village, we have to wait until... autumn.

These realistic systems (day-night cycle and seasons) have a large impact on the gameplay. Some species of fish or insects cannot be caught in the middle of the day, and some of them are only available in the winter. Therefore, if you want to reveal all the secrets of Animal Crossing New Horizons, you will have to return to the game regularly during the whole year. 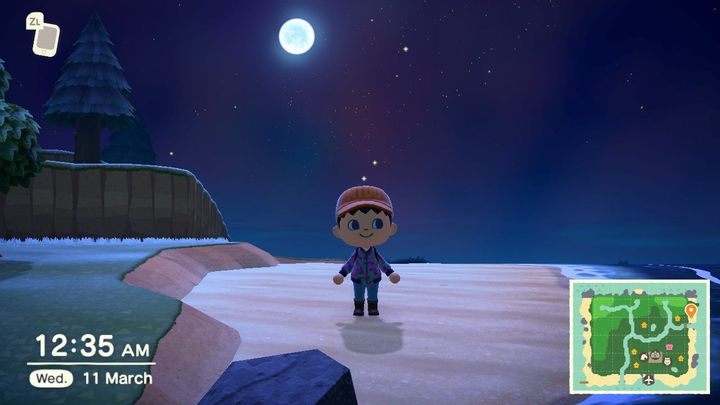 At night, you can catch different insects or fish than during the day.

The day and night cycle is also important when you want to expand your house and add other facilities on the island. If you find out that some construction or crafting upgrade will be ready next day then it means that you have to wait one day in the reality. It won't do any good to spend more hours in the game - you just have to wait till the morning.

In Animal Crossing: New Horizons, you can play alone or with other players. The game offers a local co-op mode which supports up to 4 players on one screen. You can also visit your friends islands online - up to 8 players can participate in this multiplayer mode.

In practice, gameplay in Animal Crossing consists in developing further your island, so even if you visit friends from time to time or play with family you will spend most of your time at your own island.

What can I do in the game?

Animal Crossing is a game in which you can decide on your own what you would like to achieve. You can focus on collecting furniture and designing the most beautiful interiors that you have dreamed of. Or you will devote all your time to collecting various species of fish and insects that can be donated to the Museum later. Nothing prevents you from playing as the gardener of the island and taking care of plants (for example, you can plant new trees).

In practice you will do most of those things, one after another. However, the most important thing is that you don't have to hurry anywhere. There is no rush. You can decide what you want to do, so if you enjoy taking care of flowers and planting them - then do it! Tom Nook and his quests can wait. 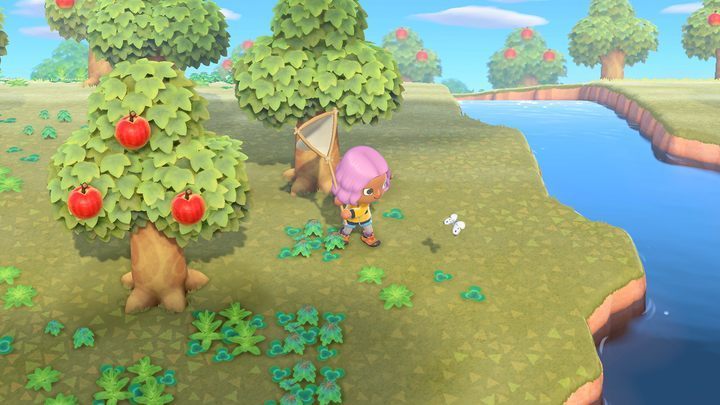 What does a bird sitting on the bulletin board mean?

First of all, we have prepared several theoretical chapters that will help you understand the world of Animal Crossing. You will learn how to play New Horizons, what are the currencies (bells and Nook Miles) in the game or what crafting is all about.

The next chapter of the Animal Crossing game guide is a collection of the most important questions and answers about the game. You will learn how to earn a lot of money, what is worth doing and what is not, how to catch a tarantula or where to get fossils from. 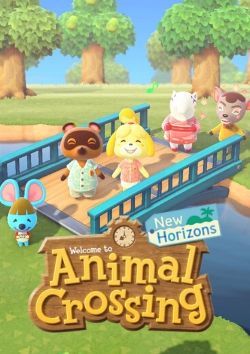 Animal Crossing is the next installment of the hit simulation series from Nintendo, which allows the player to try life in a fairytale village inhabited by anthropomorphic animals.

Animal Crossing is the fifth installment of the hit simulator series from Nintendo, enabling the player to take on the role of a citizen of a friendly town inhabited by anthropomorphic animals. The latest entry in the series is available only on the Nintendo Switch console.

As in the previous parts of the series, in Animal Crossing on Nintendo Switch the player creates their hero by choosing sex, appearance and outfit, after which they moves into a village inhabited by anthropomorphic animals. The game does not set a specific goal for the participant of the game, but instead allows them to enjoy participating in the life of the virtual community. The first step towards assimilation is to buy a house that can be renovated and supplemented with new, more and more beautiful elements of equipment. In addition, the player can engage in a variety of activities, such as catching insects, helping his neighbors, making new acquaintances, and finally managing some aspects of local community life. A characteristic feature of all parts of the series is that the time in the game coincides with the time on the console clock. In other words, the life of the village's inhabitants flows regardless of the player's actions, and the fun is diversified by changing seasons or holidays.

Animal Crossing is characterized by simple, eye-catching super-deformed visuals, characteristic of all games in the series.

Players can be heartless. Often carried away by impulses, venting off their emotions on the screen. The victims of these behaviors are the innocent NPCs. Here are 10 special atrocities committed to them.

The dry spell is over! March will bring an expansion to The Division 2, test our patience with Ori and the Will of the Wisps and NiOh 2, and then let us vent off killing demons in Doom Eternal  and that's just the tip of the iceberg!

In 2020, Nintendo Switch will get a handful of interesting premieres. In addition to potential unconfirmed hits such as Breath of the Wild 2, the next few months will certainly bring the new Animal Crossing, Pokemons or Deadly Premonition.