In this part of our guide to New Horizons Animal Crossing we explain how to catch a tarantula, as well as answer the question of whether this spider is dangerous. 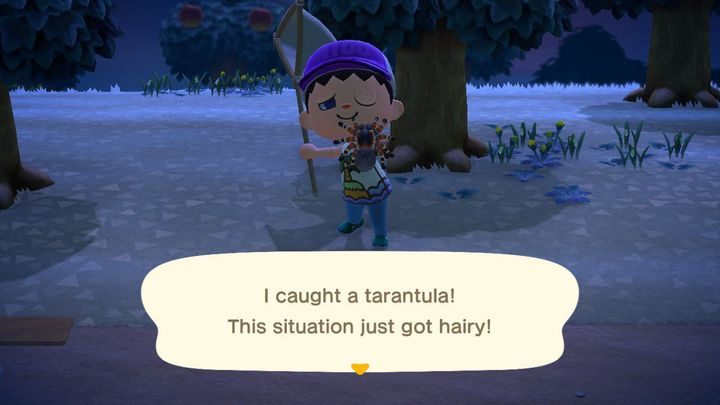 Let's start with the fact that while Animal Crossing is a very nice and pleasant game, catching a tarantula can be horrifying even for a person who has no arachnophobia. Anyway, we wish you a lot of luck!

Tarantula appears on your island in the evenings - it is quite big, so it is easy to notice it. Unfortunately, the spider will spot you first many times. In the first case, you can sneak to the spider but in the second case - it will attack you.

Case # 1 - I see a tarantula spider, but it haven't spotted me yet

If the spider is unable to see you, it's going to be wandering around the island. Pull out the butterfly net and walk towards the tarantula. As soon as it turns around in your direction and raises the frontal leg (warning gesture), you have to stop immediately. The best thing to do is to press A button , which will make the butterfly net ready to use. Also, your character will move more quietly. Hold the button until the end of the whole action.

As soon as the tarantula decides you're not a threat, it will lower its hairy legs and start wandering around again. Then take a few steps forward and stop again when the spider notices you. Repeat this strategy to reduce the distance and until you will get near enough to use the butterfly net to catch the spider. Press the A button and you just caught a spider! - you just caught a Spider worth $ 8,000 bells in the store . 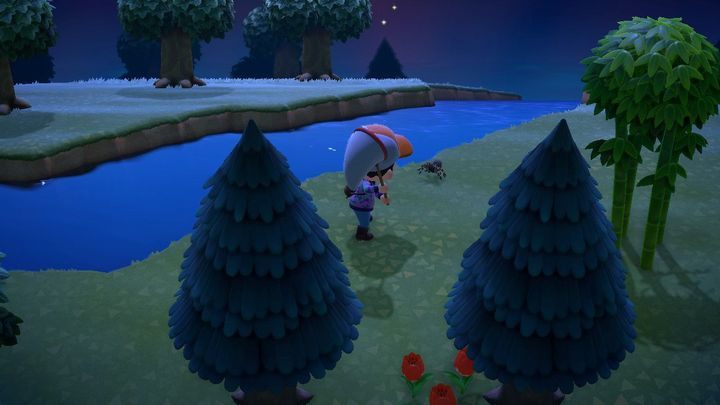 Now the tarantula is disturbed. Wait until it calms down before you go any further.

Case # 2 - The tarantula suddenly jumps out from behind a bush and starts chasing you.

This situation is much worse, but if you have a butterfly net in your hand, you can still catch a furious spider with a bit of luck and skill. You have to start running away from it and when you get a bit of an advantage in terms of distance (you are faster), turn around immediately and use the net in a proper moment. As you can suspect, it won't always work out, but in time you can get a little more practice to catch a tarantula that chases you. Good luck!

Is the tarantula dangerous?

Just like wasps, tarantula is not dangerous. If it bites you, then you'll just wake up in front of your hut. The only thing you'll lose is the chance to catch this extremely valuable spider.

How many tarantulas can you catch in one day? 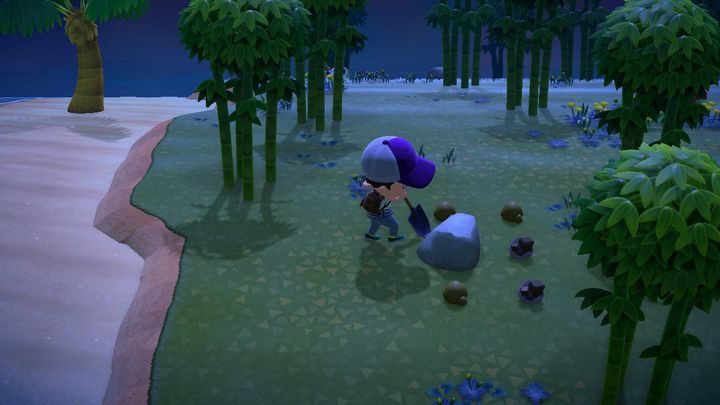 It depends on your luck and how much time you spend in the game. If you're playing late, you can even catch three tarantula spiders.

If you're going somewhere to perform a particular task on the island, just run with the butterfly net in hand. It doesn't cost you anything, and it will make it much easier to catch this valuable spider - because running around makes it easy to miss a tarantula and provoke it to attack.