This section of the guide to GreedFall contains the most important information about exploration and stealth, which can be useful for exploring areas without initiating battles with opponents. 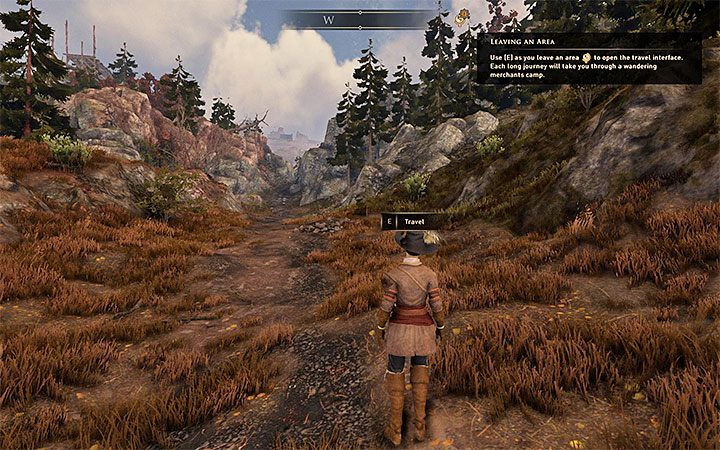 In GreedFall you can view a map of the entire world, but you don't travel on one large world map, like, for example, in the Gothic series. Instead, the map is divided into smaller regions between which the team can travel.

The places where you can leave a region are marked with a globe icon. After loading the world map, select the purpose of travel - you can only go to neighboring locations, as well as those that are already known to you. In addition, you must take into account the fact that the journey may take several or even dozens of hours of in-game time. For example, a trip started in the middle of the day can end in the evening or at night. 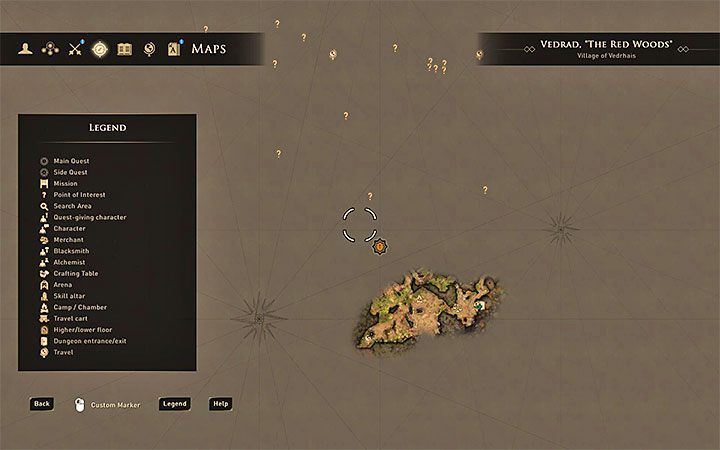 When you reach a region, you can check its map. A significant change is that local maps are not immediately visible. Instead, they are covered by the "fog of war". You must personally reach every corner of the currently explored region for it to be discovered on the map.

Local maps display question marks that symbolize important places. They can mark, for example, villages, camps, or chapel skills. When you get close to a question mark, the game will replace its icon. You will learn which type of location you are dealing with. 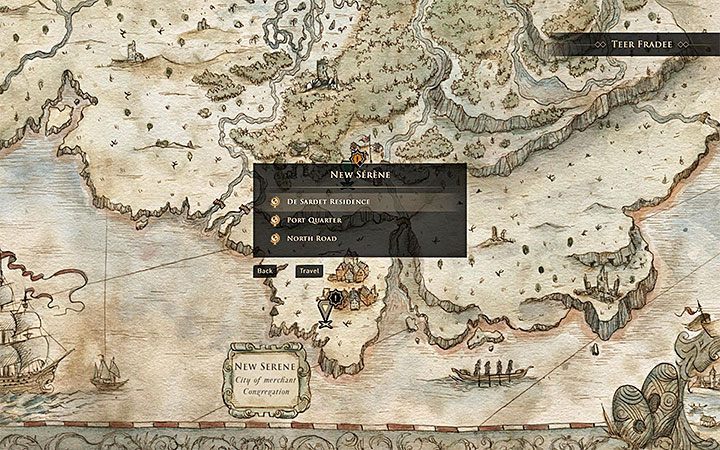 GreedFall has a fast travel option. It can be activated from any camp, in the Merchant Camp, in one of the buildings belonging to the hero, and when approaching the border of the currently explored region. You can only fast travel to locations you already know.

Fast travel is free by default. The exceptions are caravans parked near major cities, which require you to pay a small fee. It is best to ignore them completely and rely solely on exploring the world on your own. More information about traveling the world can be found on How to use fast travel? page.

Different paths to the destination 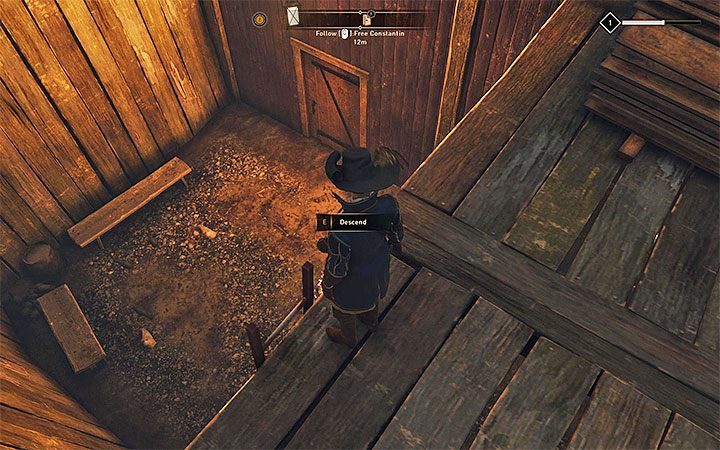 In GreedFall, you can reach a destination in various ways. You should always get a good look around to discover as many paths as possible and choose the most interesting one. Different paths can require you to, for example, go through a less restricted area or find the entrance to the building at the back or from the sewers. 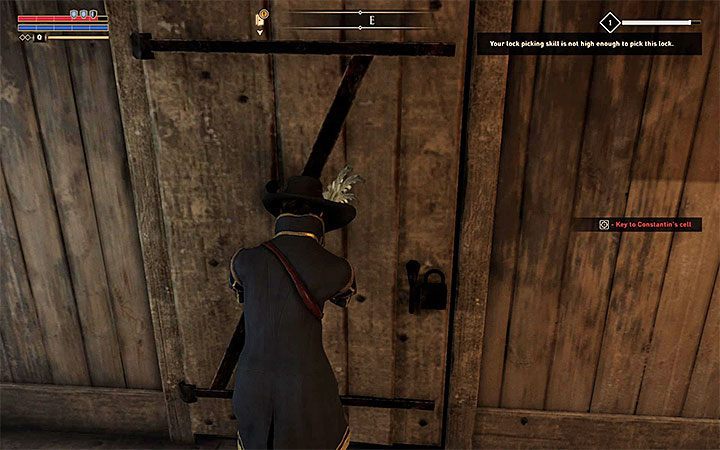 Access to some areas may be blocked by default. The most obvious reason for this is to come across a closed passage requiring you to open a lock. To do this, use the Lockpicking talent to open the locks or find the key corresponding to this particular door. More information about that on How to unlock closed chests and doors? page.

Unavailable passages can also require you to use a specific talent. It can be a wall that you have to destroy or a narrow beam on which you can walk balancing the body. All the most important places of this type are described on How to reach inaccessible places? page.

How and why to sneak? 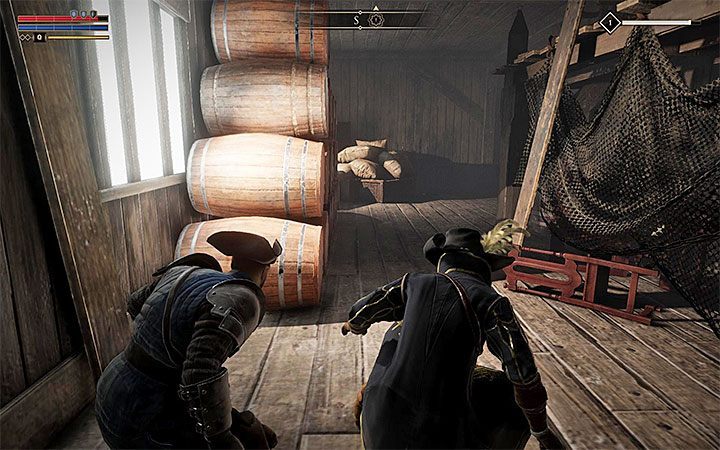 You can start sneaking up by pressing the crouch button. You and your companions will enter stealth mode.

Sneaking in the game has two main uses: 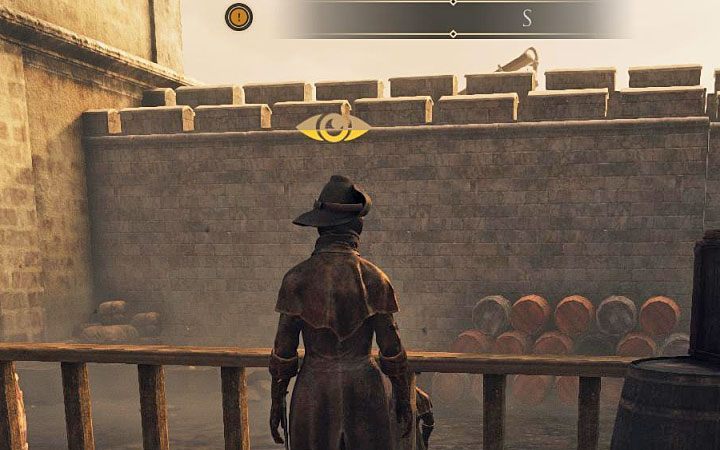 Enemies have two alert levels. Yellow icon over the head of the enemy symbolizes their suspicion. You still have time to retreat or disappear from their sight. A full red icon means the team has been detected. Expect to be captured by all the surrounding enemies. 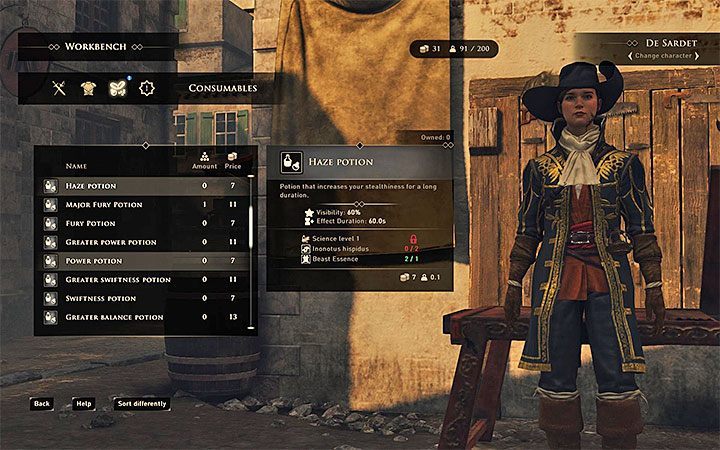 You can increase the effectiveness of sneaking with the Haze Potion. It reduces the visibility level of the team for 1 minute. This way you can easily sneak past enemies or have more time to go into the shadows after they get suspicious. This mixture can be produced after you unlock the first level of Science. It is also available from merchants and found in the game world. 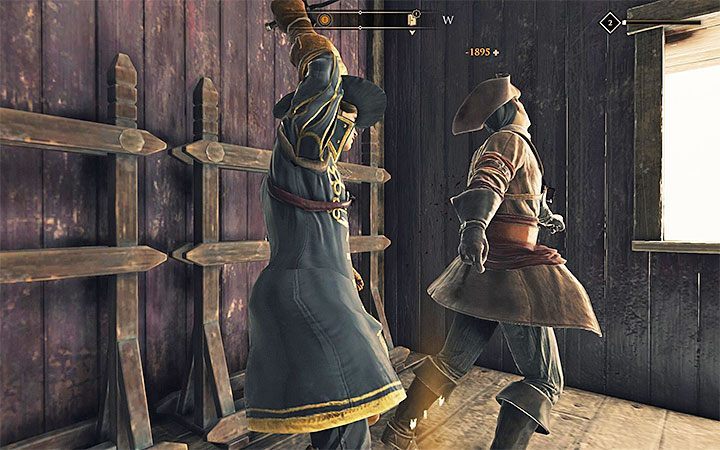 You can use a stealth attack by approaching an enemy from behind. The game will inform you when this option is available. A successful stealth attack deals massive damage and should be enough to kill most standard enemies. Only strong opponents will be able to survive this type of attack.

Always try to surprise individual opponents. If someone notices you using a stealth attack, an alarm will automatically be triggered and all other enemies will rush to their teammates. Many guards remain in motion and change their position from time to time. You can plan to perform an attack after enemies split up.