On this page of the guide to GreedFall, you will find a walkthrough of the following main missions: Find Constantine at the Palace and Old Countries in a New World. 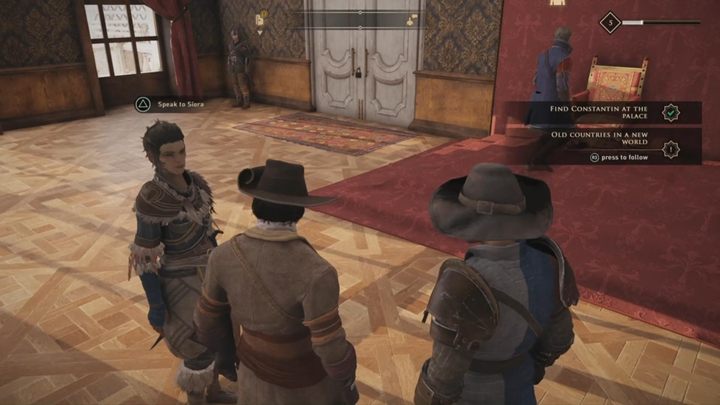 Go to the Palace in New Serene. On the way, you will encounter a new companion - Siora, a representative of the natives, who wants to talk to Constantine. You have to join her to your party - do it and go meet the cousin of the main character. Talk to the man to complete the mission. This also starts a new one - Old Countries in a New World. In addition, you also begin The Battle of the Red Spears main quest, which was described on a separate page of the guide. 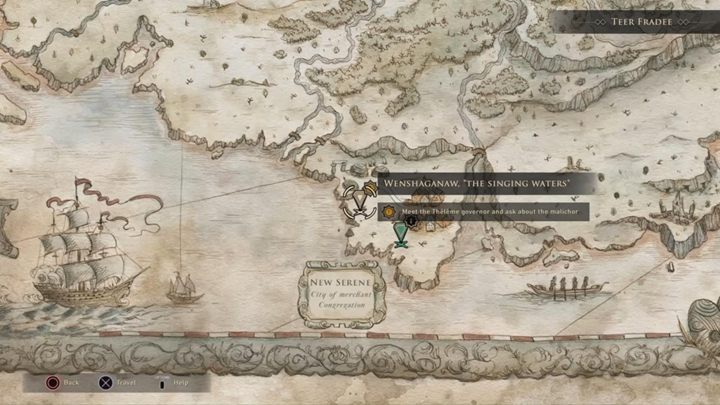 When leaving the court, you will encounter Sir De Courcillon. He gives you to side quests - Exploration and Cartography and In Professor Serafeddin's Footsteps. Both tasks are throughout the entire game - you have to set up camps in visited locations and look for notes scattered around the world. To continue the main storyline, exit the city and keep going north (note that each of the transitions to the world map leads to a different location) until you reach San Matheus. 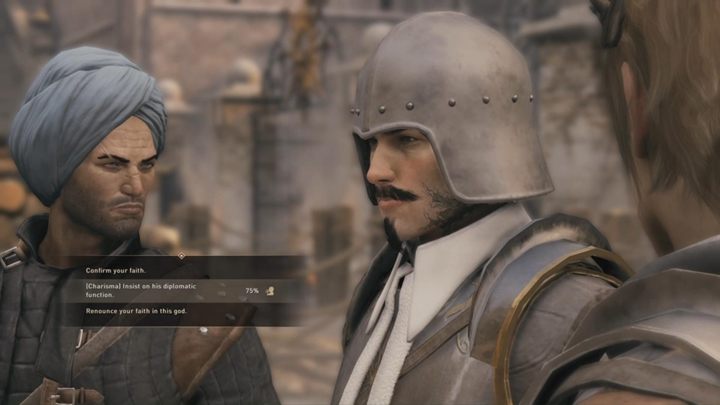 Before entering the Governor's house, you will see a cut-scene during which a Guardian, an ancient creature living on this island, is being burned alive. When this is over, Inquisitor Aloysius will approach you. You can use, for example, charisma to avoid giving an answer and gain +1 to Theleme reputation. 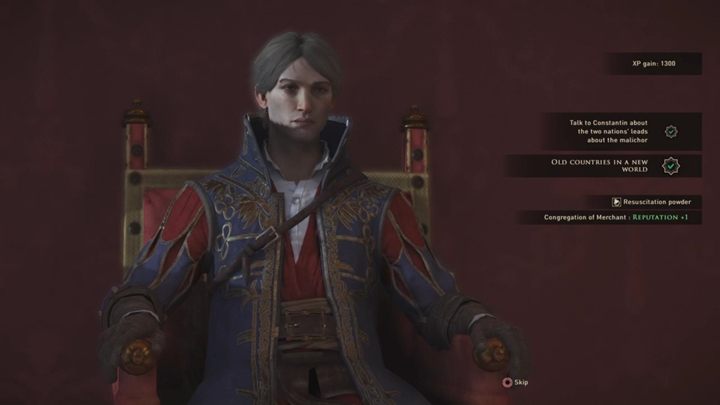 After entering the residence, Petrus will talk to you - speak with him and then talk to the Governor. Petrus' father will join your team - if you want, you can immediately add him to the current party. Go back to Constantine and tell him about new searches about Malichor. The quest is over - you get 1,300 XP and +1 to The Congregation of Merchants reputation. You start Demonical Cult main mission and Scholars in the Expedition side mission.