This page contains a walkthrough for the last two Priority Ops (main storyline quests) of Mass Effect Andromeda. These are very short missions that serve as an epilogue. The first of these quests is unlocked right after the conclusion of Meridian: The Way Home, while the second - once all four habitable planets have been colonized.

Epilogue: Home and Away 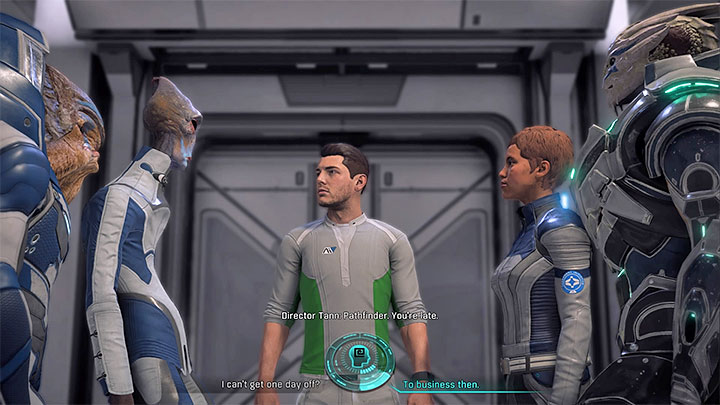 Meet with the Tempest crew

This quest is automatically unlocked after the completion of the Meridian: The Way Home main quest and begins when you are back aboard Ark Hyperion in Meridian. The mission starts with a conversation with the protagonist's sibling. It can be continued further you if approach him/her again.

In the course of this quest, you can meet with ten crewmembers of the Tempest. You can have a short conversation with each person, and its course will be slightly different depending on the decisions you've made while playing the game and whether or not you're romancing him/her. 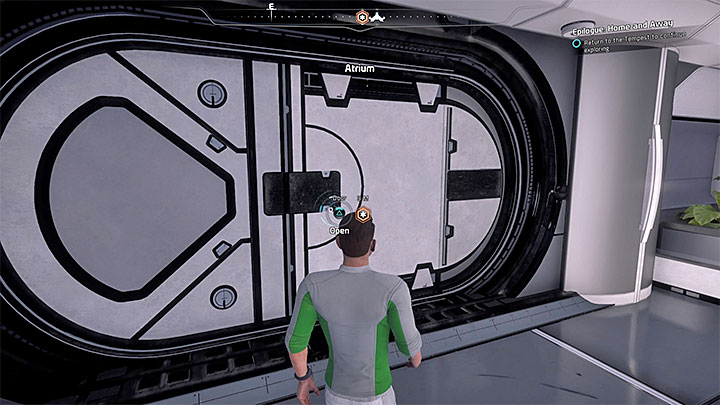 Apart from talking to the crew, you can look around the Ark or even join the dancing people. Once you're ready to return to the Tempest, go to the exit located in the eastern part of the map. When back aboard the ship, you can resume free exploration of the game world and finish remaining side quests.

The World is Waiting 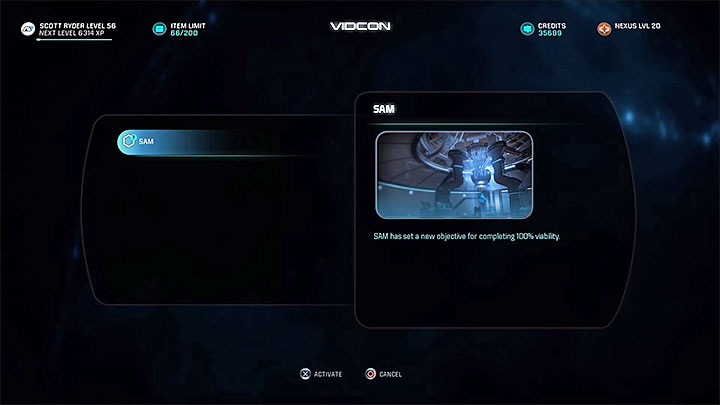 The message to be played

It's a very short quest that appears in the journal in the Priority Ops bookmark (main storyline missions). It is added to the journal after you've completed the main storyline (the Meridian: The Way Home and Epilogue: Home and Away quests) and max out the Planetary Viability of all habitable planets, namely Eos, Voeld, Kadara, and Elaaden. Every one of these worlds has to have an Andromeda Initiative outpost on it and you have to perform the qeuests required to max out the Planetary Viability factor.

Having met the said requirements, you will be notified of a new message available to be played. Use the vidcon aboard the Tempest to watch it. Then, fly to the Eriksson system and land on Habitat 7. You will learn that the planet is now named after the protagonist and its colonization will continue.