This guide offers all information you need to complete Mass Effect: Andromeda and understand its rules. The early pages contain chapters of the general game guide. It deals with creating and developing the protagonist, recruiting companions, combat, encounters with non-player characters, exploration and traveling the galaxy, crafting items, and romancing people. The tips are complemented by chapters concerning unlocking trophies and answering the most frequently asked questions (how to gain experience quickly, how to obtain resources, how to enhance Nomad, and other popular topics).

The second major part of this guide is a very extensive walkthrough that provides descriptions of all main missions (Priority Ops) and optional quests. The latter involve allies and relationships (the protagonist's and his/her family's quests as well as those received from the companions), Heleus Assignments (optional quests connected to specific locations in the game world), and Additional Tasks (small, less complicated quests). The walkthrough is enriched with numerous images which inform you where to find important people and items or how to solve puzzles, among other things.

Mass Effect: Andromeda is the fourth installment of the incredibly popular action RPG series. The plot is set many years after the events of the original trilogy and is not directly connected to the story of the Reapers and the exploits of Commander Shepard. In the latest production, we are taken to the eponymous Andromeda Galaxy which offers entirely new things to discover and where we face previously unknown dangers. 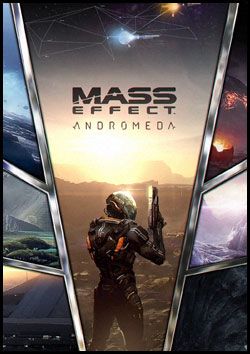 The fourth part of the hugely popular action RPG game series in a space-opera setting. BioWare Montreal, the development studio that helped create the two previous installments took the reins of Mass Effect: Andromeda's development. The game's story is not associated with the trilogy about Commander Shepard's fight against the Reapers, offering instead a completely separate plot featuring new characters and locations. Using the proven pattern, the creators of Mass Effect: Andromeda put the focus on a spectacular TPP action experience and moral choices that have a direct impact on the course of events. The technical side of the game is based on the third-generation Frostbite engine, providing high-quality audiovisuals.

Video Games' Stories Suck and it's Our Fault

Many of the best stories in video games would be considered average at best if they were the plots of movies or TV series. How can we love Indiana Jones' calques and corny fantasy tropes so much?

Fonts in console games are definitely too small!

Although we play on bigger and bigger screens and wireless gamepads work even from a distance of a dozen meters, we still have to sit with our noses in TVs in order to be able to enjoy the latest titles comfortably.