How to unlock: Speak with Andraknor [Nexus: Docking Bay].

Here you can find the walkthrough for Earn Your Badge quest. This is one of the Additional Tasks that you can find in Mass Effect: Andromeda game. The mission can be done in the later part of the game. During it you must complete a few challenges given by the member of Angara Resistance. 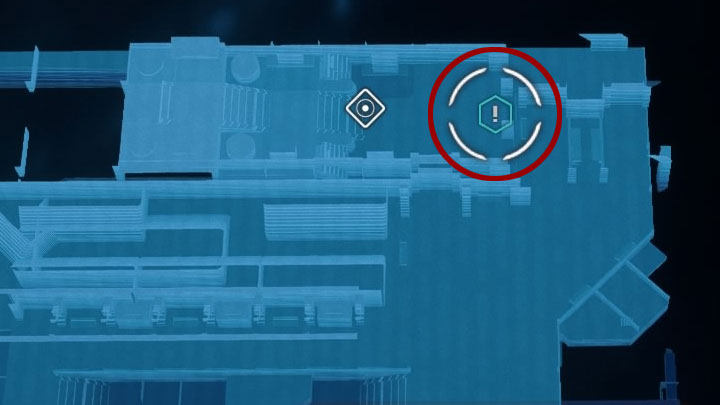 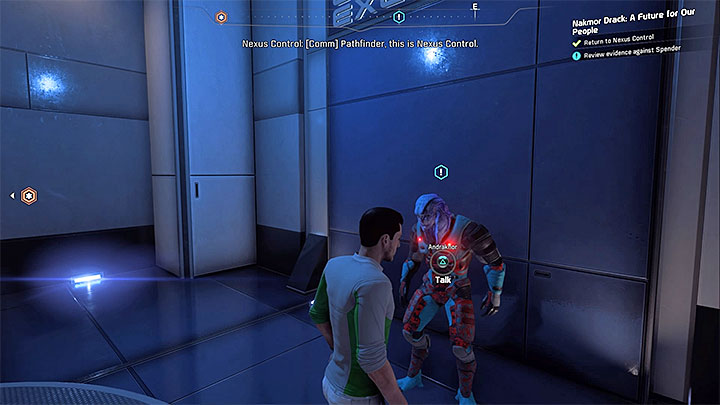 This quest can be unlocked in the later part of the game, sometime after completing Hunting the Archon main quest. During one of your visits in Nexus: Docking Bay you should notice the quest marker presented in the picture 1. The marker is in Cultural Center and when you get there you meet Andraknor (the picture 2). Speak with him and receive Angara special forces challenges.

Warning - There are three challenges and all of them take place on Voeld, go there. Of course, the challenges can be completed in any order.

Warning - The challenges may prove to be difficult for an underdeveloped team. You should take an interest in them in the later part of the campaign so take your favorite team members and level them up.

Fight with the Remnant 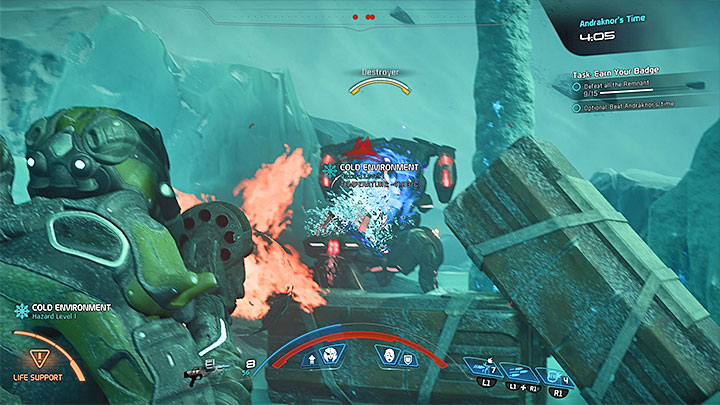 The most problematic enemy to eliminate is the Destroyer

When you arrive at the appointed place locate the transmitter and examine it. After that you must fight with Kett. You have more than 5 minutes to defeat 15 Remnant (warning - the smallest bots doesn't count). You can also complete a side objective which is to beat Andraknor's record. If you want to do that then you should be aggressive and attack incoming Kett, use good short range weapons (especially shotguns). Also, use powers and abilities that are the most destructive. After a while a Remnant Destroyer will appear on the battlefield. When this happens focus your fire on that enemy. Use covers and be on the move to avoid his attacks. You should also remember that you must destroy his shields first and then you can start depleting Destroyer's armor bar. 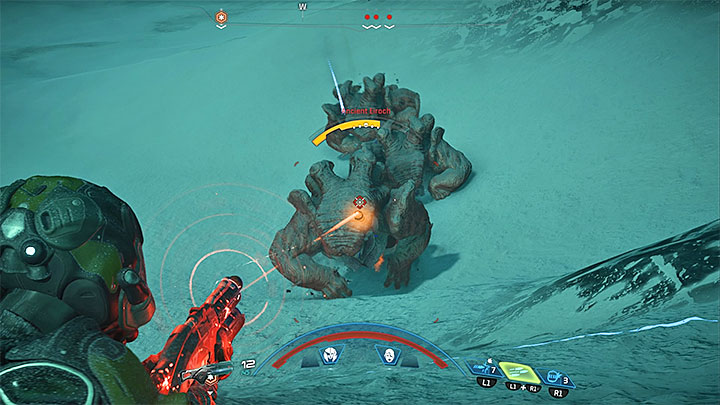 You must defeat a few ancient Eirochs

The battlefield is located in the east edge of the map. The fight starts after examining the transmitter. You must defeat a group of ancient Eirochs. Start attacking them when they are on their way to the battlefield. You should at all cost keep them at a distance because their melee attacks deal a lot of damage, they can also use charges. To weaken them use ammo, powers and abilities that can deplete armor. 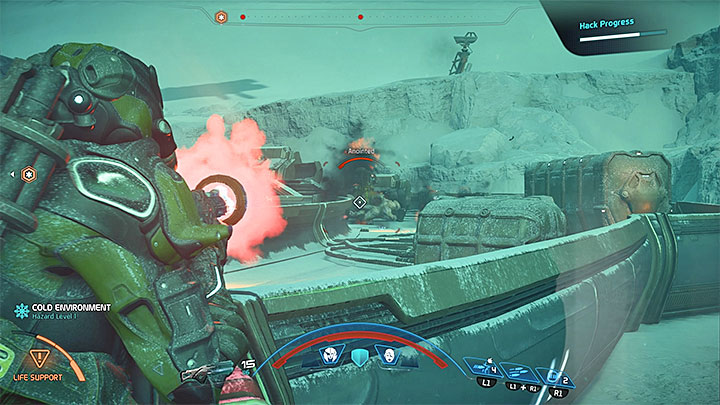 Defend yourself near each of the hacked consoles

When you reach the appointed place find the transmitter and interact with it. There are three devices in the Kett base. When you get to each one of them the hacking process will start. During it you must stay very close to the console in order to continue the hacking process. In the meantime you should expect Kett to appear. Don't try to kill all of them because the new ones will come. Instead, eliminate only those that are a direct danger to your character (additionally, you can distract them by placing your allies in the area). After completing the objective you must escape from the base and ignore Kett.

Return to Andraknor on Nexus

The last part of this quest is just a formality. Go back to Culture Center on Nexus to receive Andraknor's congratulations.