WARNING - the quest described below is Jaal's loyalty mission. This means that it is the most complex and lengthy quest connected to that character. Completing it will unlock Jaal's rank 6 abilities.

How to unlock: The quest begins on the Tempest during the final phase of Jaal Ama Darav: Friend or Foe?

This section contains a walkthrough for Jaal Ama Darav: Flesh and Blood - one of allies and relationships quests found in Mass Effect: Andromeda. The mission involves helping Jaal find his family and retake the Forge from the Roekaar led by Akksul.

Visit Jaal on the Tempest 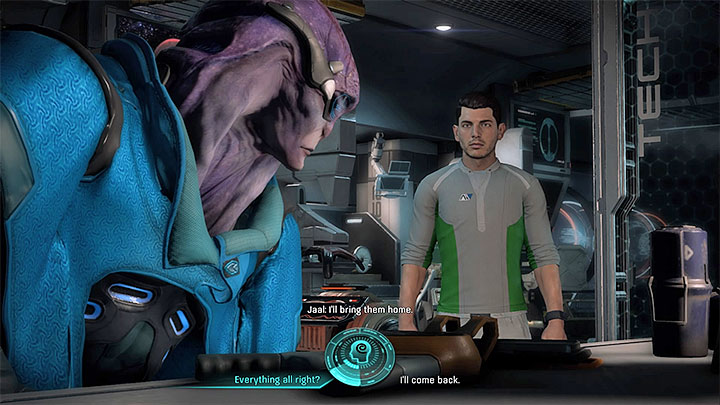 The previous quest has given you some input on Jaal's problems with the Roekaar. Once you're back on board, you'll receive a message from Akksul, Jaal's nemesis, who will scorn him following the previous events on Kadara. Unfortunately, that is only the beginning of a whole new encounter. Proceed to Jaal's dwelling on board of the Tempest to learn of that a large part of his family has joined the Roekaar. This action will unlock a new quest, and end the current one - Jaal Ama Darav: Friend or Foe? 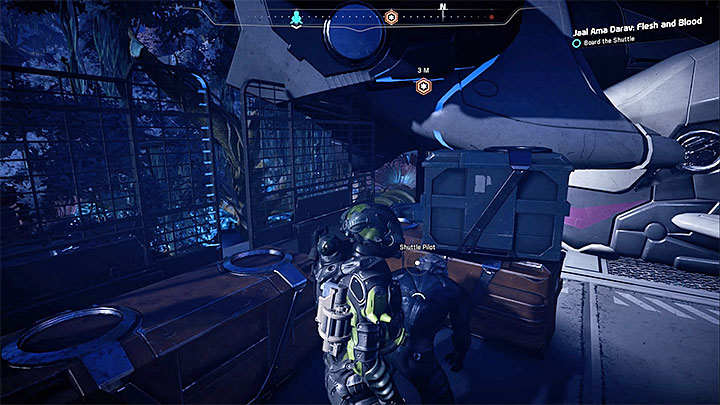 Talk to the shuttle pilot to begin the task

Travel to Havarl and land next to Pelaav research station to meet up with Avka, Jaal's resistance contact on the planet. Talk to the Shuttle Pilot to confirm your readiness to begin the next part of the mission. You have to deploy with Jaal as a part of your team, while you are limited to the mission area until you've managed to complete the whole assignment.

Start by following the quest marker. You can either focus only on the primary objectives, or engage in a thorough search of the area (including the derelict buildings found along the way), which will allow you to find interactive objects, datapads, or item containers.

Unlock the marked door to encounter the first Roekaar unit. The short conversation will quickly lead to a battle. Eliminate the opponents that are closest to you and proceed to the next zone. Try to pick your enemies from a distance, including the enemy sniper stationed at the vantage point on the other side of the waterfall. 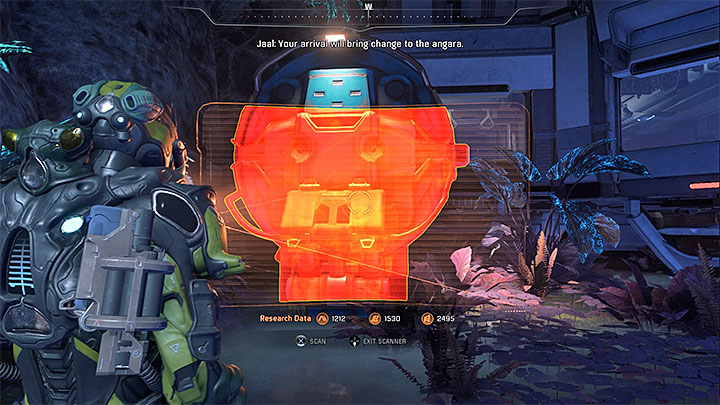 Your attempt to open the new door was futile, as the door's power supply has been cut off. Begin scanning the area and follow the yellow conduit to find the generator (shown on the screenshot above). Scan the generator and turn it on to activate the door. 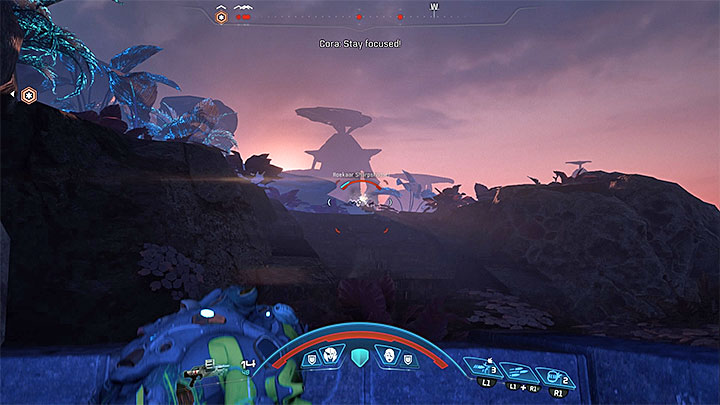 Make your way through the ravine. Once you've reached the chasm, perform a long jump to land on the other side. You'll be facing a new group of Roekaar, who have the advantage of being placed on the higher ledges. To defeat them, either pick them up from a distance while staying behind cover, or simply storm their positions. Regardless of the chosen approach, try to avoid Roekaar fire, especially from the sharpshooters located along your route.

Eliminate all the threats and travel to the top of the hill to begin a cut-scene in which Jaal is reunited with his family members. It turns out that the Roekaar have planted explosives around the Forge.

Disarm the bombs before they go off

Follow the path ahead to reach the cave which holds the bombs. Eliminate the first enemy to begin the countdown. Your job is to find and disarm four charges before they are detonated. 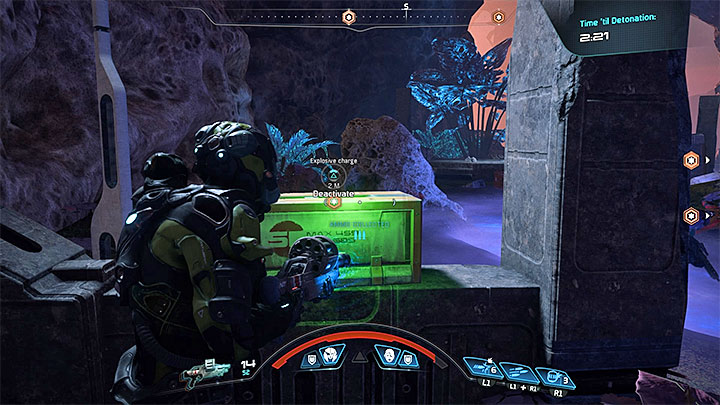 Clear the cave and take care of the charges

Three minutes can prove to be a bit of a narrow timeframe. First of all, begin by applying a much more aggressive approach. Stay in the open and use your powers as well as special ammunition, especially that you're facing weak opponents. The bombs can be accessed in any order, but make sure to clear the near vicinity of the device before approaching, as deactivating each bomb is an uninterruptible process that takes up a few seconds. 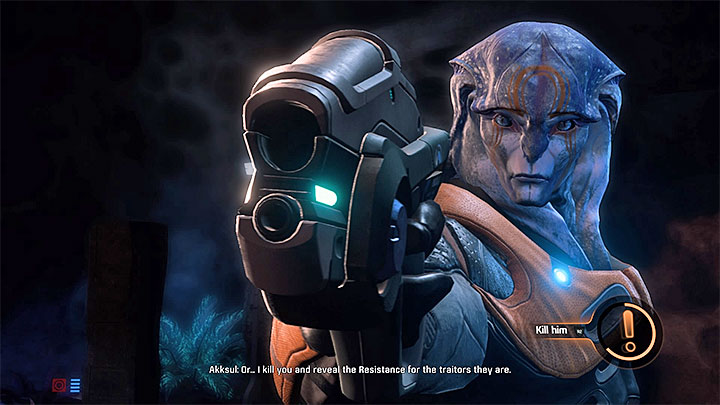 If you've disarmed all the charges before taking care of all the enemies, you can now take your time and eliminate the leftovers. Otherwise, you'll be instantly treated to a new cut-scene in which the party encounters Akksul. Wait for the opportunity, as you can kill him by engaging in a contextual action. If you hadn't used the opportunity, the opponent will fire at Jaal (which ends in a minor wound), unexpectedly helping you to convince the other angara to abandon Akksul.

There are a number of conversations ahead - the reckoning on Havarl, and the conclusion of the story on board the Tempest.