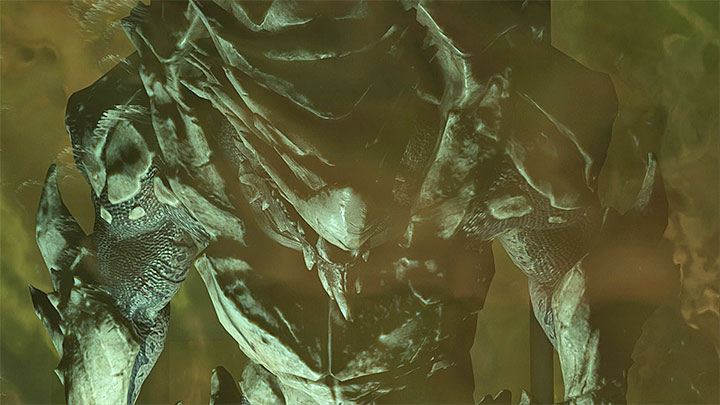 The Behemoth is a powerful mutated Krogan. You must fight with this enemy during the main storyline which means that you won't miss this battle. The moment of confrontation happens during the infiltration of Kett Flagship which takes place during Hunting the Archon main quest. The fight starts shortly after finding the Remnant artifact in Archon's private chamber. 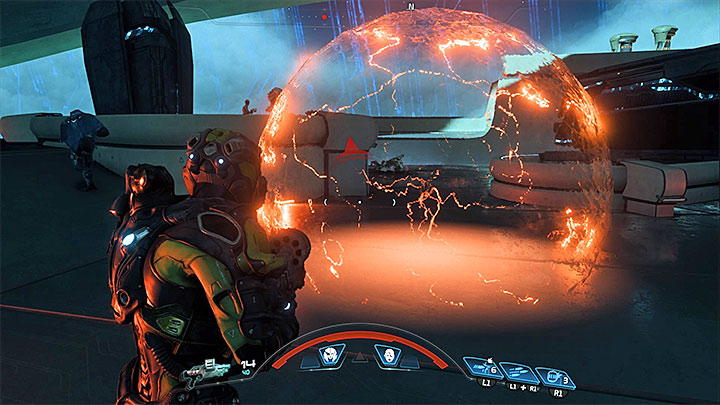 The fight with Behemoth is rather difficult because the creature is very durable and has a few special attacks. The most unique one is when the monster sends a some sort of energy cage (example in the picture above) which can destroy all your shields and start to deplete your health points. Try to react quickly and move away from the cage or dodge to the sides.

The Behemoth, besides the range attack described above, can also use powerful melee attacks. In those cases you should also use dodges because when his attacks reaches you, you can receive a lot of damage. The boss should be attacked from a long range, if the weapons and the powers allow you to do that. 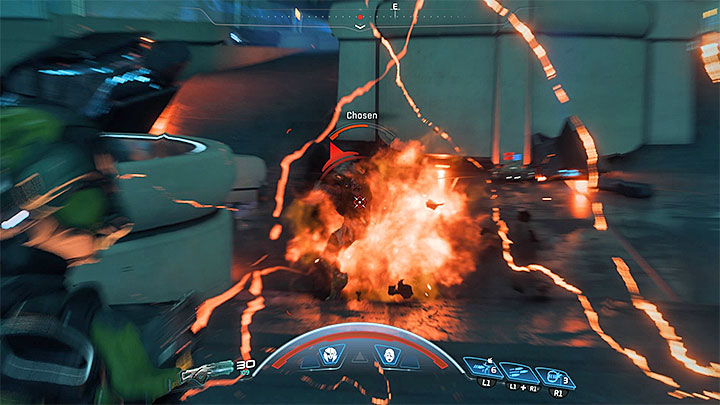 In order to weaken the Behemoth you should use ammo, abilities and powers that can destroy armor (the boss has a yellow energy bar). Initially, in the Archon's private chamber you have to face only the Behemoth but in the later stage of this battle you will also have to deal with Kett. When this happens you should stop attacking the Behemoth and focus on Kett (again, eliminate the Destined first). Warning - try to keep an eye on the Behemoth when you fight with Kett because the boss can get dangerously close to you or use one of its special attacks. Continue the fight until the boss loses all of its armor points and dies.