How to unlock: Receive an e-mail from Sid [Tempest].

Here you can find the walkthrough for Life on the Frontier quest. This is one of the Heleus Assignments (side quests) in Mass Effect: Andromeda game. This quest can be unlocked in the later part of the game (after receiving a message). You must meet with Sid (Vetra Nyx's sister) on Nexus, she has an important mission for your team. You must take a closer look at a bandit group called Three Sabers. 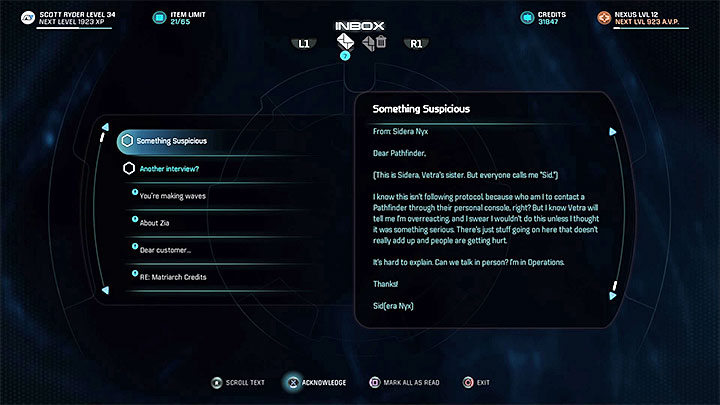 You must receive an e-mail from Sid

In order to unlock this quest you must regularly check your mailbox on the Tempest. You must receive the e-mail from Sid from which you learn about strange events on Nexus. Also, she asks you to meet with her.

Meet with Sid on Nexus

Go back on Nexus. Sid is in the east part of Nexus: Operations Center. Speak with her about bandits that call themselves Three Sabers and their attacks.

Investigate the attacks on Nexus' Starships 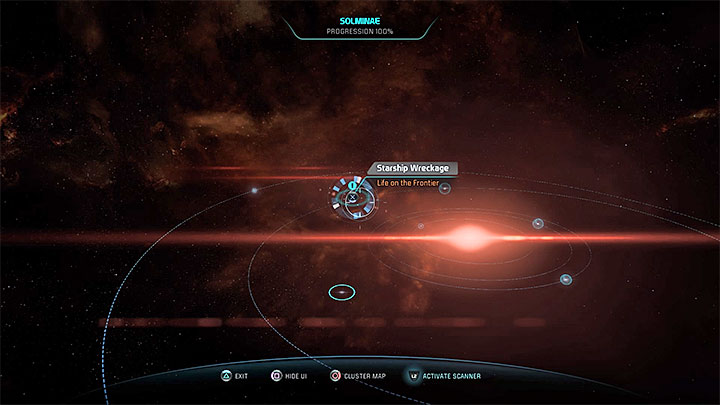 An example of newly found wreckage

Go back to the Tempest. There are four systems that you must examine - Solminae, Joba, Nalesh and Jirayder. After arriving in each one of them you must use the scanner, locate a wreckage (anomaly) and examine it. Besides listening to commentaries you can also search all wreckages that you come across, thanks to that you will receive supplies.

Follow the Three Sabers to their hideout on Kadara 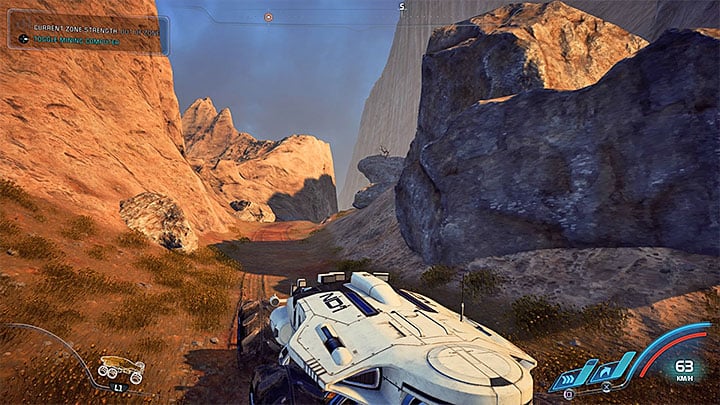 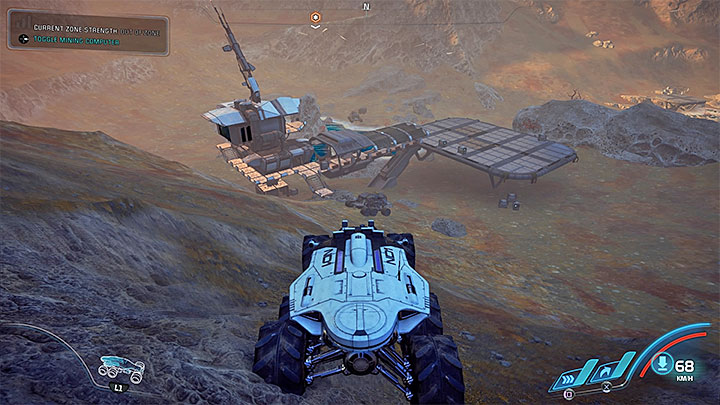 Fly on Kadara and travel to the wilderness. You must examine its south-east part. You can get there by using the road presented in the picture 1 that can be found east from the Slums exit. Your target destination are the buildings in the picture 2.

The fight starts automatically after getting closer to their base. Notice that some of them uses armors so you should choose proper weapons, ammo and abilities. Also, you should expect reinforcements to appear.

This objective is received after killing all bandits. On the upper and lower levels of the building you can find one datapad on each level.

Speak with Yale on Eos

Now you must fly on Eos. Yale can be found in Prodromos outpost. The conversation with him results in new findings about the origin of the Three Sabers. 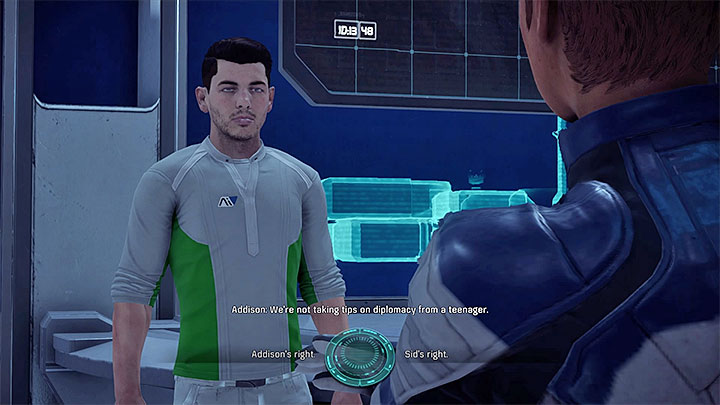 You can suport Sid or Addison

Go to Nexus: Operations Center and speak with director Addison. During the conversation you can blame her. Soon, Sid joins the conversation and you must decide how do yo want to finisz this quest: