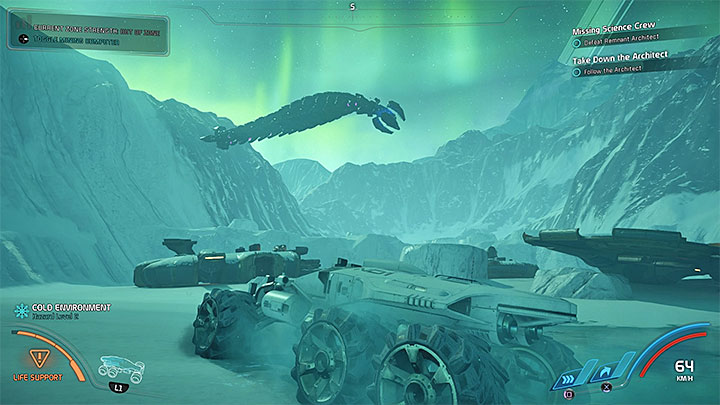 The Remnant Architect from Eos is one of the most powerful enemies in Mass Effect: Andromeda game. The fight with this giant robot takes place later in Missing Science Group side quest (the walkthrough for that quest can be found in the separate chapter of this guide). The fight starts automatically after you get to the abandoned camp by following the missing researchers' trakcs. 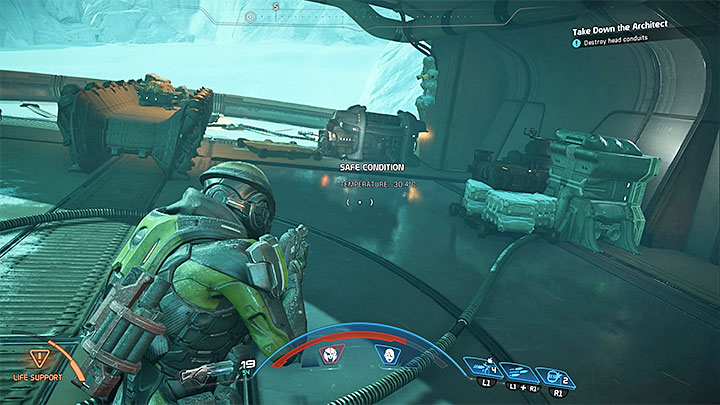 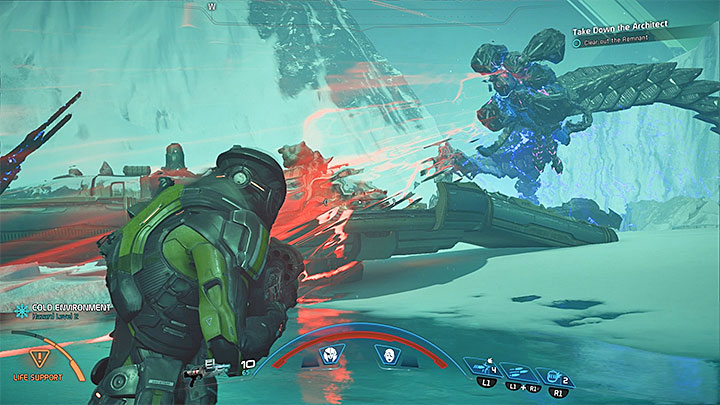 Avoid the grenades and energy waves send by the Architect 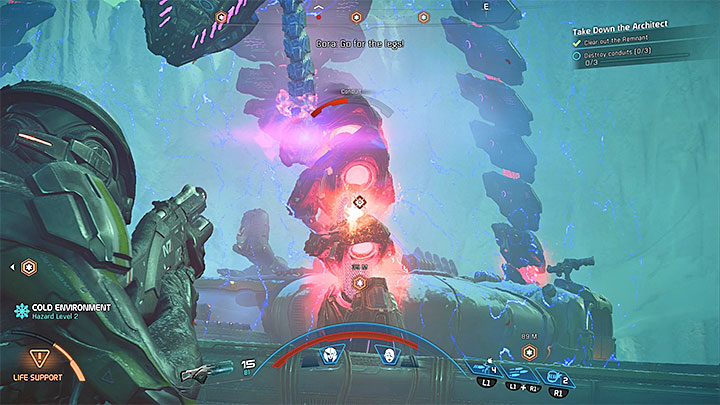 The default weak points on the Architect's "body" are the cables on his three limbs. Focus on attacking them and try to make precise shots so you won't waste your ammo and other supplies. 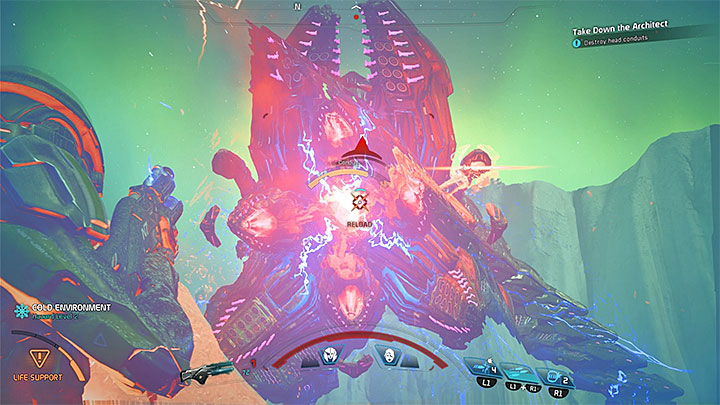 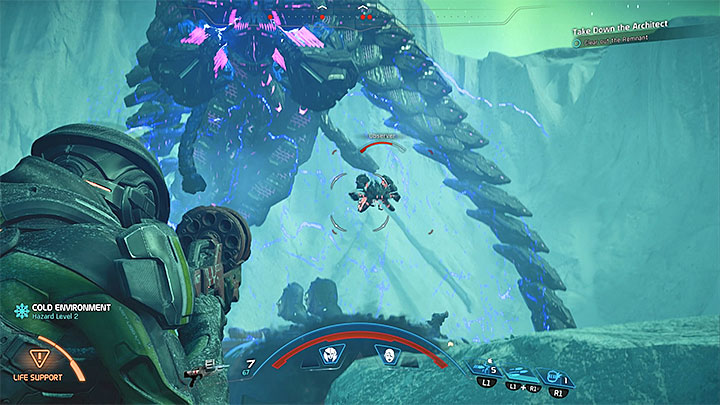 There are two ways in which the fight with the Architect is made more difficult. The first hindrance is when the boss summons smaller Remnant bots (the strongest enemy here are Observers). When this happens you should stop attacking the Architect and take care of the rest of the Remnant. Warning - When you attack "the regular" Remnant remember to dodge the Architect's attacks, especially because he can use his most powerful abilities!

The second hindrance is that after destroying one of his limbs the Architect will start to withdraw. You don't have to use Nomad because the next fight takes place close to the where the last was stopped (you can use this occasion to refill your supplies). 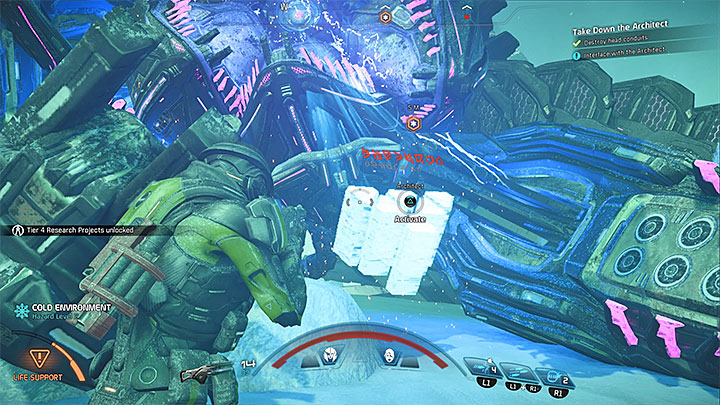 As it was said earlier, in order to win you must deplete all health points from the Architect's head. When he falls to the ground run to his head and press the interaction button to establish the connection and eliminate the threat.