How to unlock: Finish Meet the Resistance quest [Voeld].

Here you can find the guide for Settling Voeld quest. This is one of the Heleus Assignments (side quests) in Mass Effect: Andromeda game. You can start this quest during your stay on Voeld. In this mission you must establish an Andromeda Initiative outpost on Voeld which can be done after increasing the viability level of this ice planet.

Find a place for the outpost 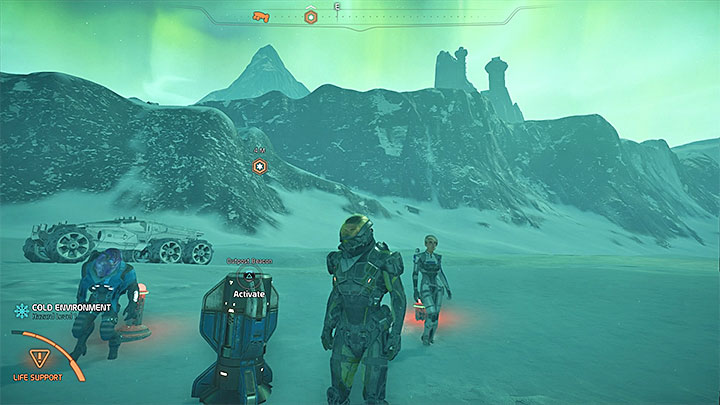 The optimal place for establishing an outpost is marked on the map of Voeld. This place is in the south part of the map - this location is presented in the picture above. The game won't allow you to establish an outpost here unless the planet's viability is at least 40%. You can solve this problem by completing the side quest called Restoring a World. In this quest you must go to the Remnant Vault on Voeld. Completing this quest increases the viability exactly by 40% and you also slightly improve the atmospheric conditions on Voeld.

After establishing the outpost you should speak with Dr. Addison. By completing this quest you increase Voeld viability by another 20%.

Warning - Examine the newly established outpost because you can unlock here a very important side quest called Missing Science Crew. In this quest you must fight with the Remnant Architect on Voeld (a giant robot that you can already know from the fight on Eos).