How to unlock: Talk with Kiiran Dals at Daar Pelaav.

This section contains a walkthrough for A Dying Planet, which is one of more complex Heleus assignments found in Mass Effect: Andromeda. You can unlock it in the further part of your stay on Havarl. The quest involves stopping the disintegration of the planet eco-system. To stop the decay, our team has to activate three monoliths - a task that involves exploring a number of Remnant structures, including a large vault.

Note - Completing this quest will enable you to increase Havarl viability with additional fifty percent. The quest is mandatory if you want to increase the planet's viability to 100% (the remaining points can be acquired through smaller assignments or unlocking additional forwarding stations). 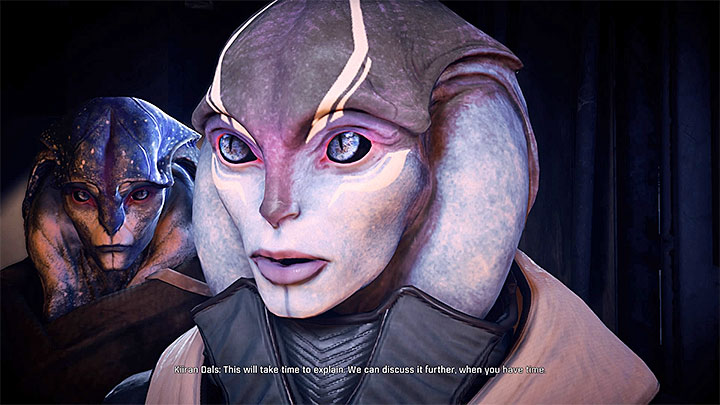 Kiiran Dals will tell you more about Havarl's dying eco-system

The quest can be unlocked after you've managed to complete Helping Havarl's Scientists. The quest's conclusion (your conversation with Kiiran Dals in Daar Pelaav) will enable you to learn that Havarl's eco-system is slowly and relentlessly decaying. Talk to Kiiran Dals again about the possible actions you can undertake in order to save the planet's eco-system from complete deterioration.

Find the entrance to the Mithrava sanctuary 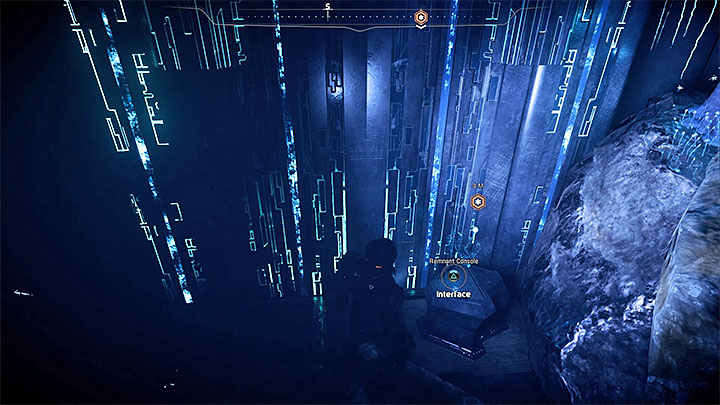 Start by making your way east. You'll reach a canyon that separates the uncharted east from already explored western part. Jump to the bottom of the canyon and proceed south. The journey will definitely involve some combat, as the area is inhabited by Remnant, Roekaar, and local fauna (including quite powerful Rylkors and Eirochs - keep your distance). In case of combat, avoid fighting with too much enemies at once or being surrounded by your opponents.

Once you've reached your destination, find the Remnant console shown on the screenshot above (use your scanner if you are having problems locating it). Using it will unlock access to the lower levels of Mithrava.

Proceed to the top of Mithrava 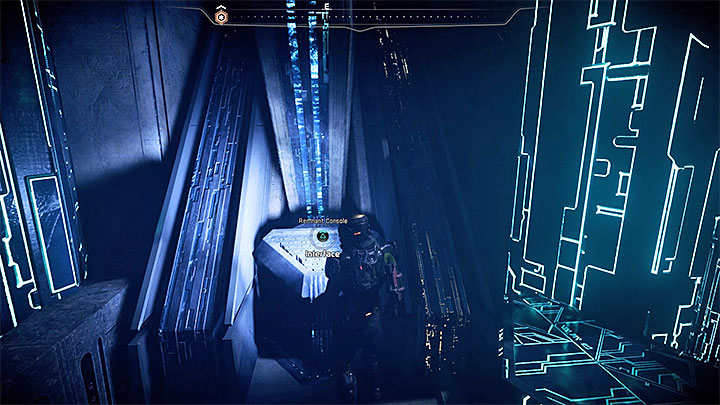 Perform a few bigger jumps to reach the upper ledges. You should find yourself near to a gravity well - activate it. Proceed to the next well and use it as well. You are now standing before a linear sequence during which you'll have to take care of a few Remnant. The next console at the end enables you to extend a bridge. Kill the approaching Remnant and access the final console to activate the next bridge.

Open the door and use the final gravity well that will take you to Mithrava. Talk to Esmus once you've found your way around the area.

Note - You can access additional side quests during your stay in Mithrava.

Note #2 -Use the forwarding stations to get between Mithrava and other parts of the planet - this option will be especially useful to avoid getting through the lower levels of the monolith.

Visit the location given to you by Esmus. 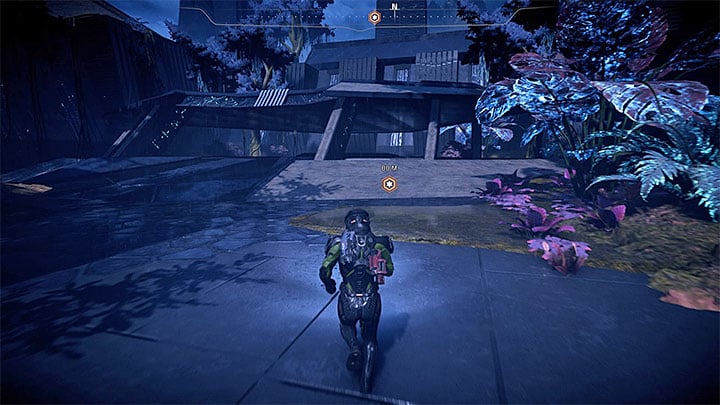 Entrance to the Remnant site

Your new objective is a Remnant site located in the northern part of the map. As previously, your way might be crossed by enemies, Roekaar, or the Remnant. Find cover when you get in their range, as the enemies are located a few levels higher. Once you've cleared the area, enter the Remnant site. 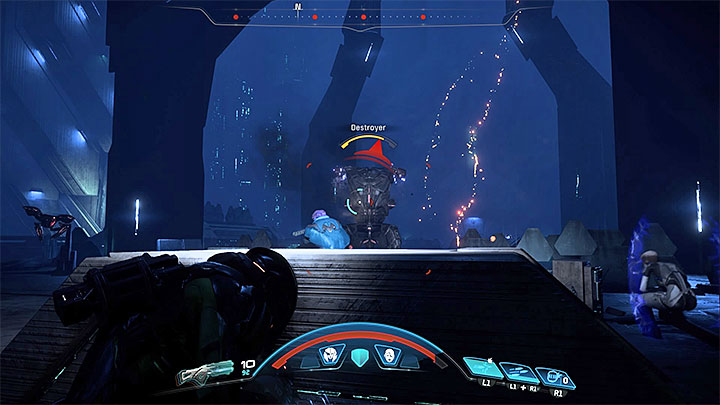 Use covers and avoid approaching the destroyer

Use the gravity well once you've entered the site. You'll land in an underground location - start inspecting the area by moving counter-clockwise. Use the new console and turn right at the first junction. Get through a linear corridor to a bigger hall which is guarded by a Remnant Destroyer. To defeat the machine, stay in cover, as your opponent is armed with powerful weaponry. Moreover, the robot is equipped with energy shields, as well as thick armor, so employ all of your heavy weaponry or armor-piercing abilities. Avoid approaching the destroyer, as it may return with a powerful impulse that will severely weaken you and your teammates. 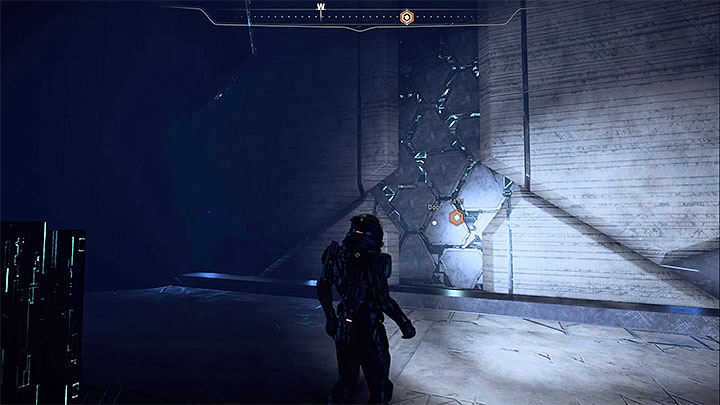 Once you've won the battle, proceed north-east and then switch to north-west. The new area contains the final Remnant group - don't relax just yet, as the group consists of a number of elite units. Deal with the threat and approach the door shown on the screenshot. The next room contains remains the that yield Zorai's Heirloom when searched. 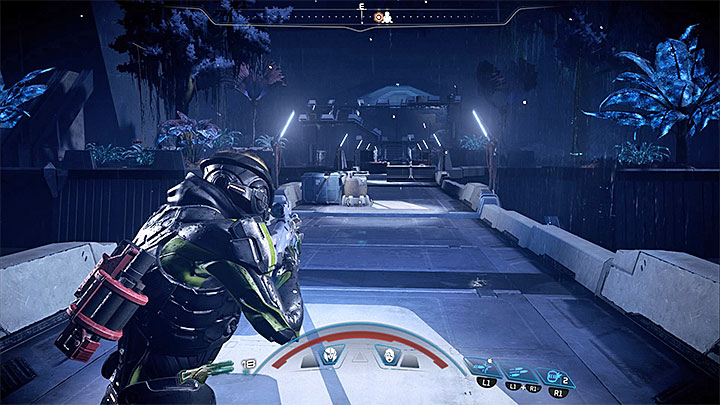 Leave the Remnant site and return to the canyon that you've used to get access to the area. You can now use the bridge shown on the screenshot. Proceed with caution, as you'll come under Roekaar fire, including their snipers. Continue your journey east until you've reach a camp in Old Pelaav. 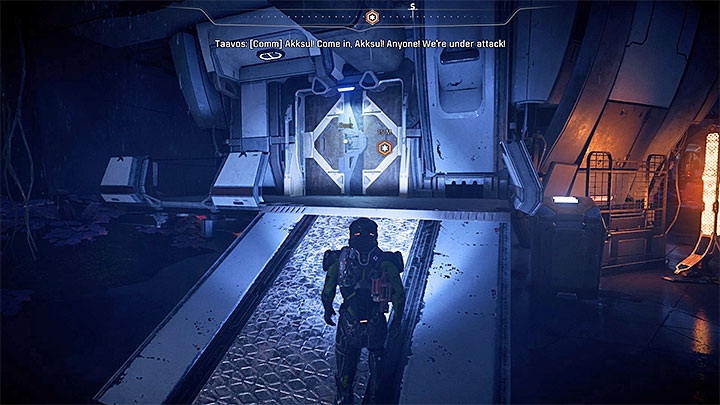 Begin by clearing the camp from numerous Roekaar. Taavos can be found in the building shown on the screenshot - a conversation will begin automatically once you've opened the door. Your hero will deliver the heirloom and end the hostilities.

From now on, you can travel around the camp and the neighboring area without being attacked. Don't forget to activate the forwarding station.

Meet with Taavos near the entrance to the final monolith 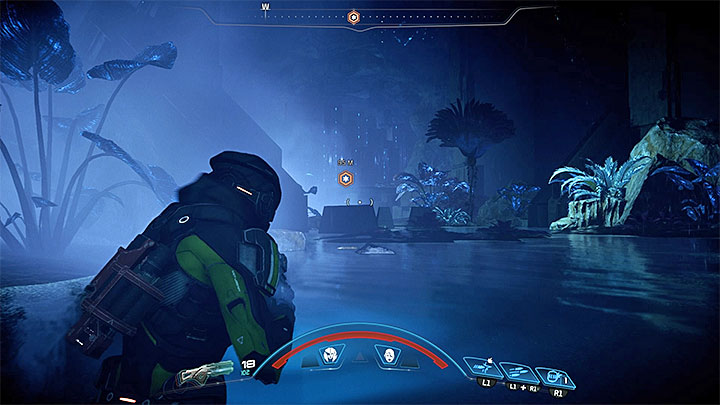 Entrance to the last monolith can be found in the northern part of Havarl, right next to the dried-out riverbed. Begin by finding your way into the riverbed, then proceed in the direction of the monolith. As before, your way will be crossed by the Remnant and hostile fauna. You should finally reach the new site - Taavos will be waiting for you before the entrance.

Enter the Buried Cave and follow Taavos. You'll soon find an ancient audio log. Aside from picking-up the log, scan the remains found next to it.

Continue your journey, which will lead the heroes to a new gravity well. You can now approach the third monolith and activate it.

Find and activate the crypt on Havarl

The entrance to the crypt can be found south from the Roekaar camp in Old Pelaav. Consider using fast travel to get there faster. Kill the Remnant guarding the entrance, and use the gravity well once you've managed to get inside. There is a Remnant console in the large hall you've just entered - use it to activate the emergency power supply. 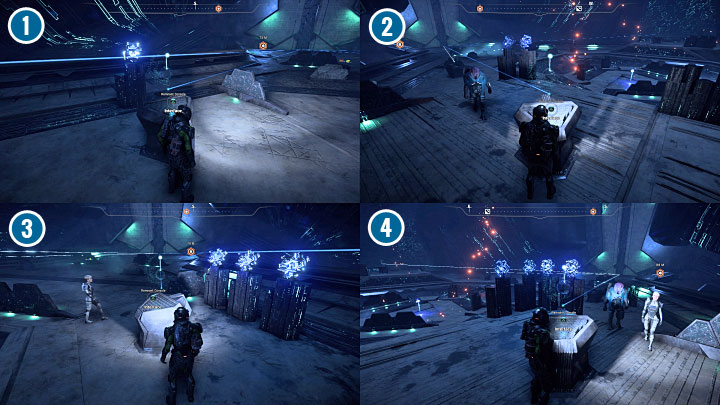 You are now standing before a small puzzle that sees you activate the neighboring consoles in the right succession. The puzzle is simple, as the succession is determined by the symbols floating next to each console. The right sequence is shown by the screenshot above.

Note - Use the opportunity to activate the turret using its dedicated console - it will prove useful during your escape in the further part of the quest. 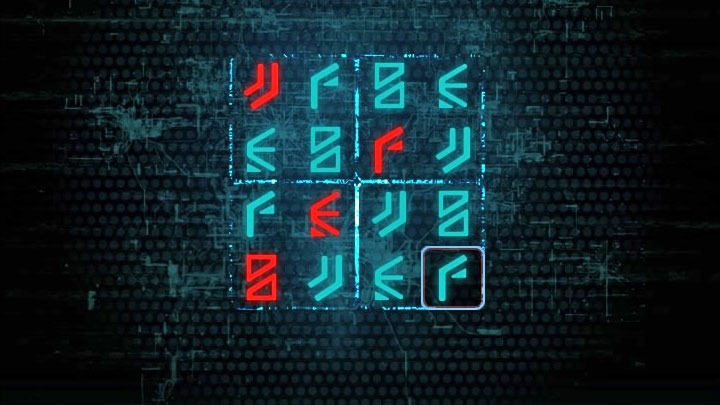 Escape the purification field and leave the crypt 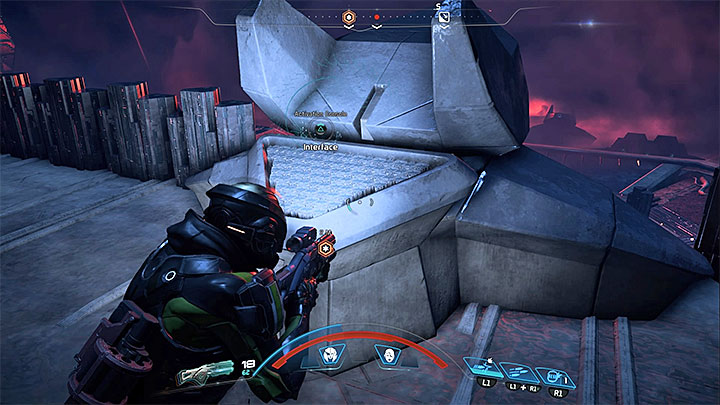 Return to the hall in which you've solved the puzzle - you'll have to face new Remnant that appeared in the area. Use your strongest abilities and weapons, as you are facing a time limit. If you've activated the turret earlier, it will now help you with dealing with the treat. Once you've eliminated the enemy, access the console seen on the screenshot. Using it will complete the purification process and will reward you with a hefty number of Andromeda Viability Points.

The final step is a simple formality. Use the gravity well to leave the crypt and return to the Daar Pelaav to report to Kiiran Dals. You'll also receive a message about the improving viability levels of Havarl.