This section contains a walkthrough for The Secret Project, one of Heleus assignments found in Mass Effect: Andromeda. You may take it up anytime during your stay on Eos. Your job involves investigating Site 2, a base whose main objective was the research on anti-Kett technology. The assignment will see you examine the abandoned base and engage into a quite long and challenging battle with the Kett. 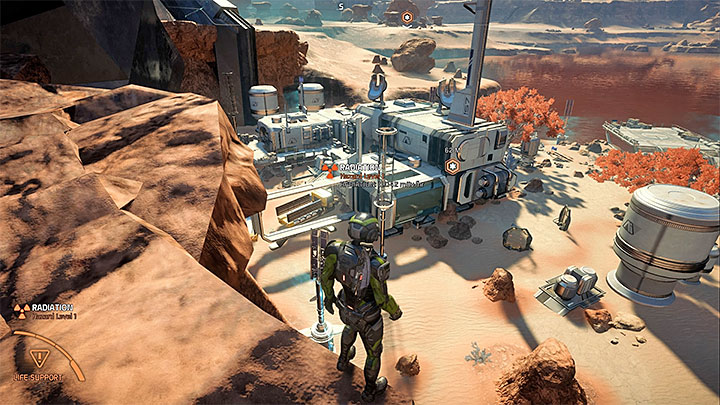 Site 2 is not far from Site 1, the area examined during A Better Beginning

The assignment is unlocked automatically once you've discovered Site 2 (Resilience) - a deserted base that was responsible for new developments in anti-kett technology. 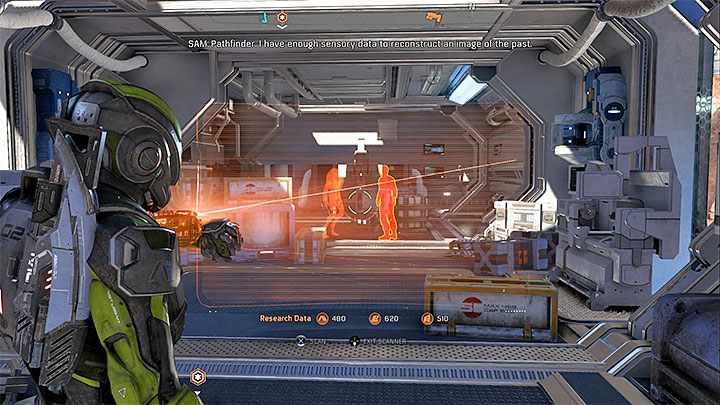 The base consists of two parts - a small building on the hill with two parked cars, and a larger outpost below. The building above doesn't hold anything valuable, but you can scan some of the objects. Focus on the site below - equip your scanner and scan everything that may be of a value, including human remains or some of the inanimate objects. Moreover, enter one of the buildings and take part in a flashback shown on the screenshot above. In any case, time to find the terminal that controls the power supply of the outpost. 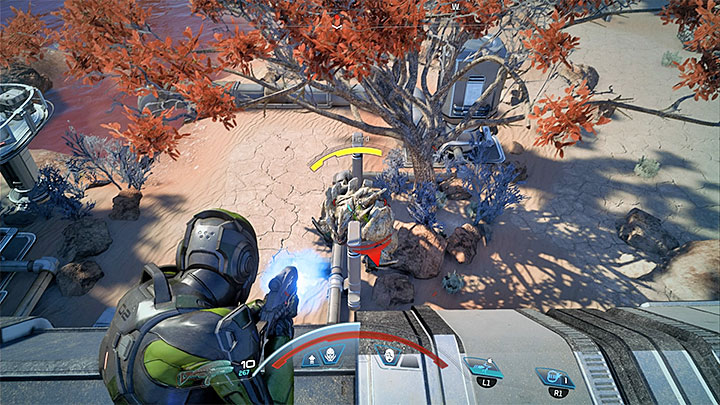 You are now standing before a difficult battle, as you'll be forced to fight against a large number of kett, including a Fiend, a huge, tank-like monster. Use your best armor-piercing abilities to deprive the creature of its energy points. Furthermore, the beast, as a result of its size, is unable to enter buildings - use that to your advantage and stay on one of the roofs. In the meantime, don't forget about the Kett - keep them away so they won't manage to find advantageous positions. Use all the abilities and weapons you see fit, as the area is filled with numerous supply crates. Continue fighting until you've gotten rid of all enemies, including reinforcements that appear in the further part of the battle. 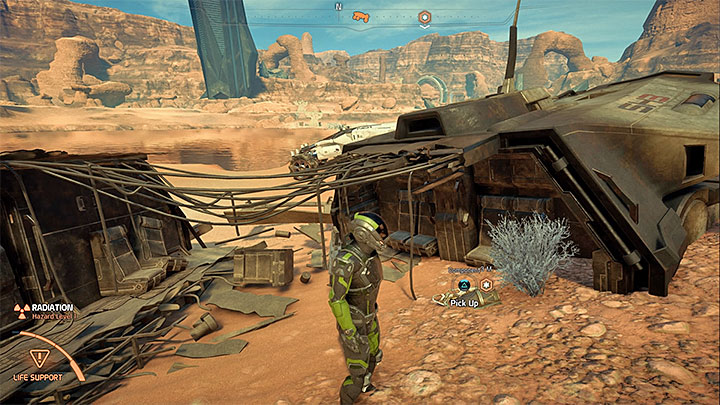 You can now return to scavenging. Your new objective is to find three components. Two of them are located inside the outpost, while the third one can be found next to a derelict space shuttle located a bit farther from the base.

Time for a final touch - return to Site 2 and find a device connected to the research project that is viable for scanning.