This page of the FF7 Remake guide offers a walkthrough for Reno and Rude boss fight. You will encounter these enemies again during Chapter 12 - Head for the Pillar. 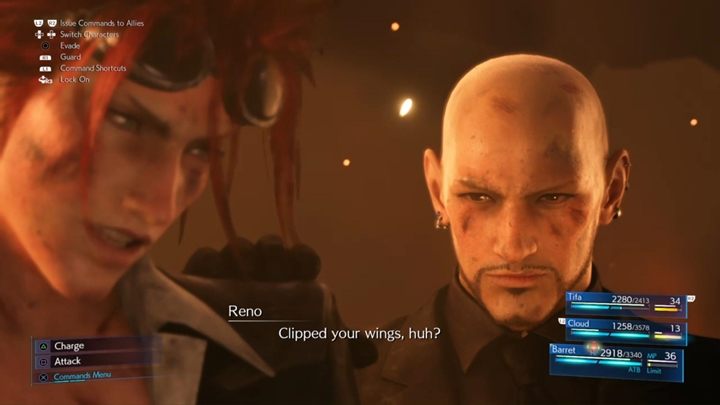 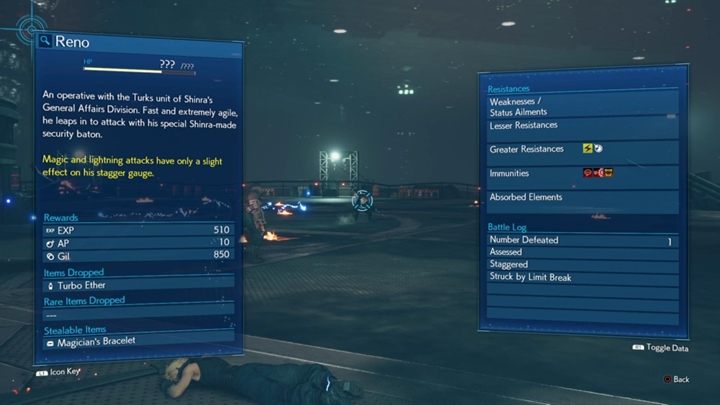 The battle with Reno takes a similar course as in Chapter 8. The enemy is very fast, has melee and electricity attacks. Although he does not summon mines as in the previous encounter, he covers a much greater distance with his Flashfoot. The enemy also loves to jump on you, using Electroburst.

Use melee attacks Electric and magic attacks hardly fill the enemy's stagger gauge, so you have to rely on Cloud and Tifa. Cloud is great against Reno thanks to his Punisher Mode, which is worth using at every opportunity. At some point in the fight, Rude will fly over the arena - avoid his attacks. Reno's gonna appear after a while - continue fighting. 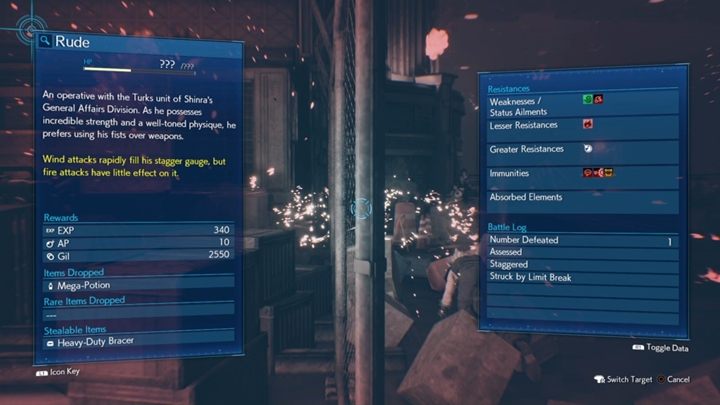 When the enemy loses around half of his health points Rude will appear. Attack the helicopter - it should be destroyed pretty quickly. After the cut-scene, you are now facing Rude. The enemy has similar attacks as in Chapter 8 - so you mostly have to rely on Punisher Mode. The enemy is vulnerable to Wind and Poison Materia - use them. However, focus on one enemy first (best finish Reno) and return to Rude. At this moment of the battle, use a summon and activate Limit Break with the remaining characters.