The following page of the Final Fantasy 7 Remake guide is dedicated to Chapter 12 of the game, called Fight for the Survival. After leaving the sewers, the team moves to Sector 7 to prevent the Shinra organization from destroying the pillar that dominates the district.

Head for the Pillar 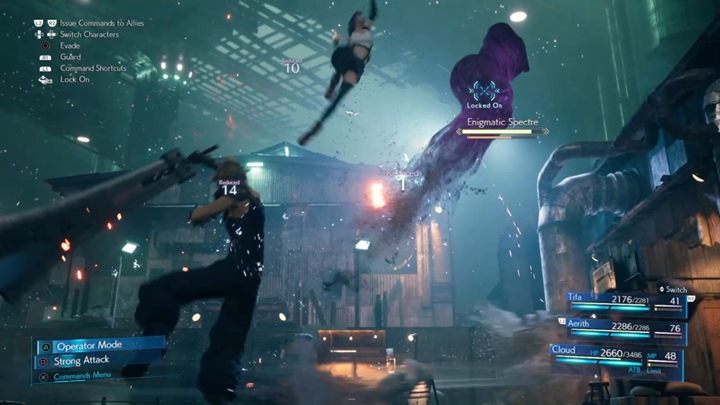 Go ahead and join Tifa and Barret. You're now before a fight with an enigmatic spectre, known from Chapter 4. Destroy minor phantoms and use materia to defeat this enemy. Now run towards the pillar to watch a cut-scene with Wedge.

Link Up with Avalanche 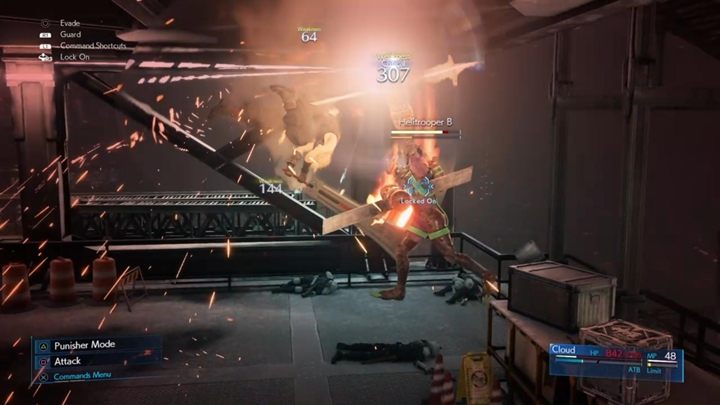 Follow the stairs to reach the top of the tower. Cloud is alone now, so it's good to equip him with Healing Materia. There are a lot of enemies waiting for you along the way - the whole sequence involves climbing staircases and fighting encountered opponents. You'll be facing guards, robots and turrets. After some time, you'll reach the badly injured Biggs, but you cannot help him.

Continue to the top but this time, climb ladders. After some time, Cloud gets cornered by gunfire from Rude and Reno. You'll switch to Aerith. 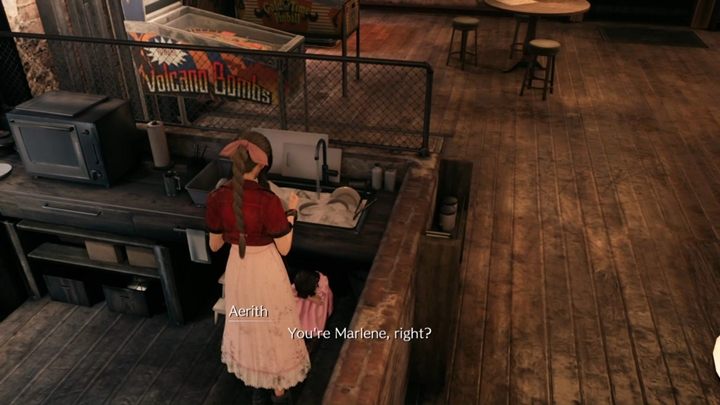 You'll now play as Aerith - go forward. Talk to Marle and run to Marle to see more cut-scenes. You come across an abandoned girl - carry her to Marle. Now run to Seventh Heaven - you'll find Marlene under the counter. Talk to the girl and get her out of the area to see the next scenes - you'll return to Cloud. 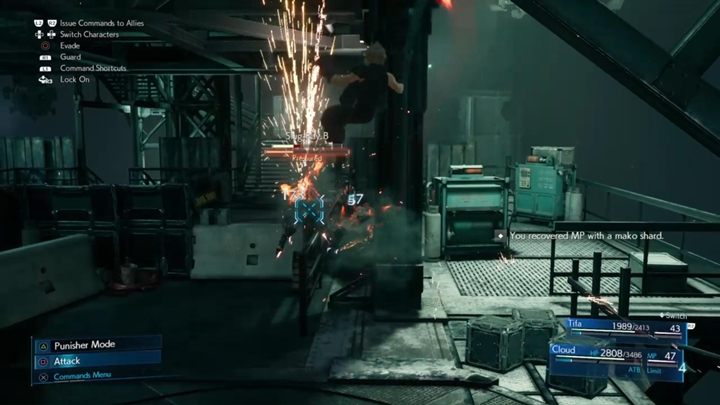 Cloud will be joined by Tifa, who will make the climb easier, as the heroine can assume a healing role or help stagger enemies. The task remains the same - you have to climb to the top, all the while avoiding helicopter fire. You'll soon reach Jessie, who is also in critical condition and dies soon after. Continue forward to find a Vending Machine and a bench - resupply, renew your health and prepare for a boss encounter. 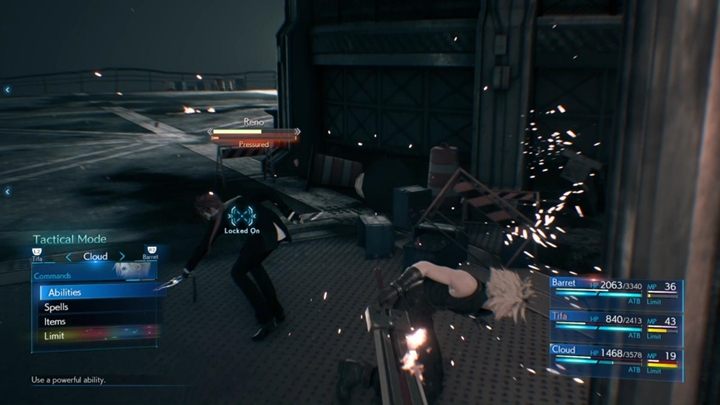 You are now before a fight against two previously defeated opponents - Reno and Rude. The walkthrough for the encounter can be found in a separate chapter of this guide. After the fight is won, you see a cut-scene - unfortunately the pillar is destroyed.