This page of the Final Fantasy 7 Remake guide describes the battle against Ghoul. This adversary is waiting for you in Chapter 11 Haunted. 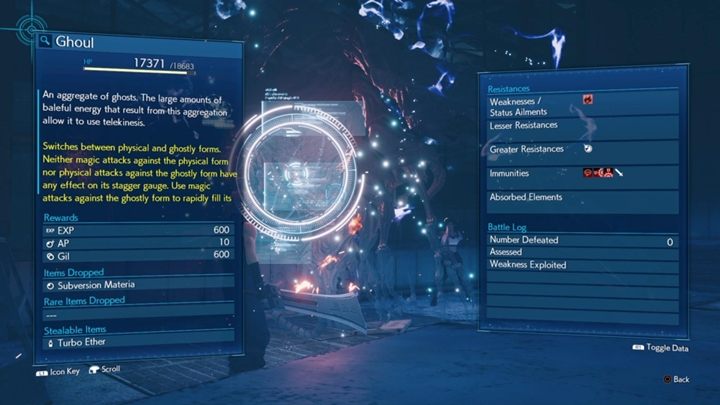 Ghoul has 18,683 HP and is prone to fire. This adversary can be challenging, mainly because he is resistant to sword attacks, thus Cloud's blows don't do much good. Better to give Elemental matter to Tifa and use Fire matter from her equipment. 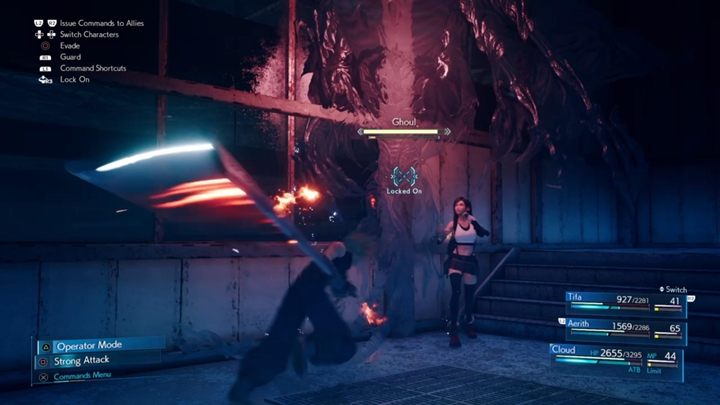 A fight heavily based on magic and Tifa. It's good to have Firage and use it regularly in combat. Boss has a number of attacks, from telekinesis to catching and summoning fire with the help of Balefire. It's one of those time-consuming fights where you've got to mostly fill the ATB, wait for the right boss forms and use the matter. On the other hand, when the enemy is staggered, you can use the most powerful attacks and combos. Be patient, avoid attacks a lot and you'll win this clash.