The following page of the FF7 Remake guide contains a walkthrough for Chapter 7 - A Trap is Sprung. You have reached the Mako Reactor - however, it turns out that your arrival was expected. You will have to face e.g. the corporation's newest weapon - the Airbuster. 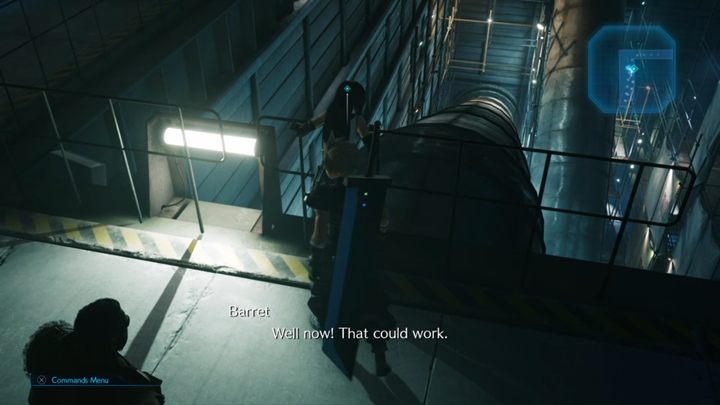 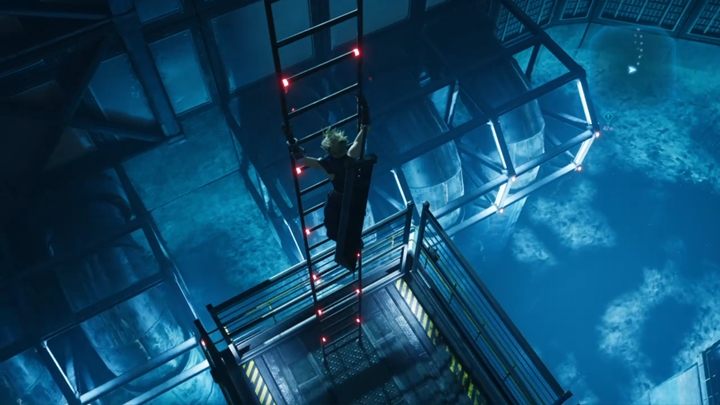 Follow Tifa and Barret, then go down the big pipe to the bottom. Head down the ladders and fight opponents. You will have to face e.g. robots and Sweepers.

Escape from the Reactor 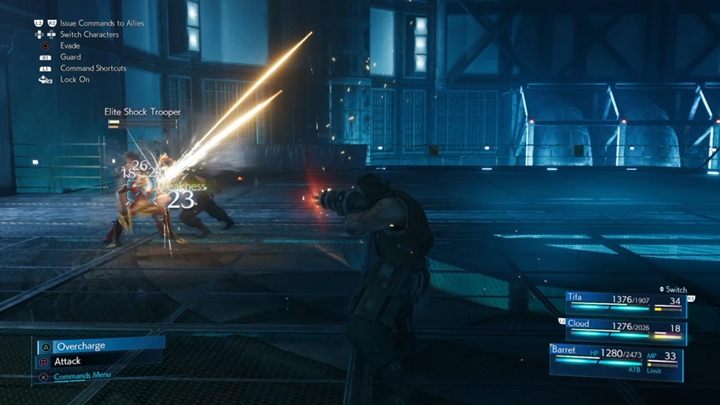 After detonating the explosive charge, withdraw from the reactor. Once you get to the ladder, it will get pulled up. This is Shinra's trap. You have to defeat enemies. 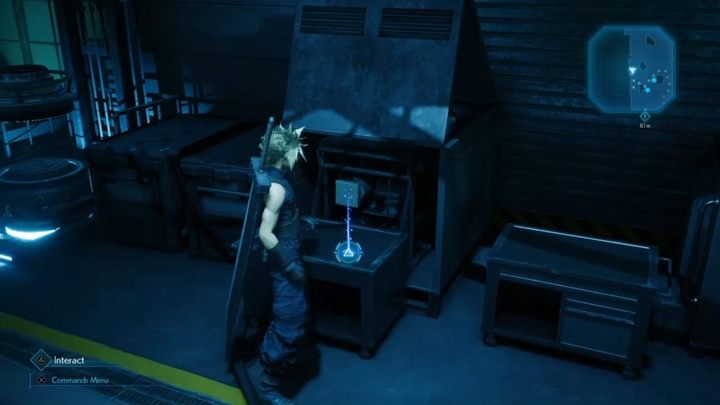 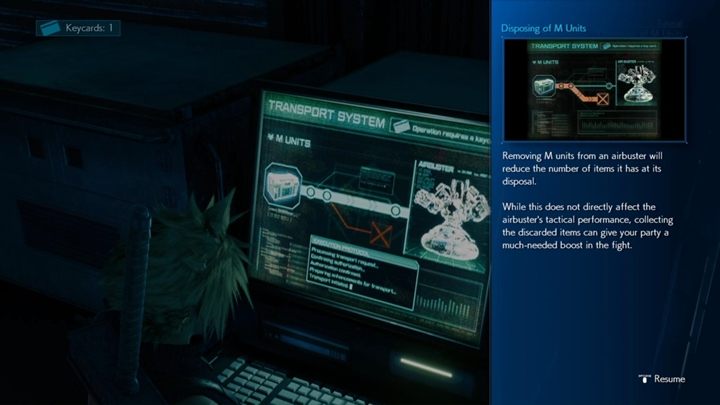 Run down the hallways and fight more guards. In the room, you will find a keycard - use it to remove one piece of equipment from Airbuster, a powerful machine you will soon have to face. The choice is yours - in the first room you can turn off M units so the boss will have fewer items. 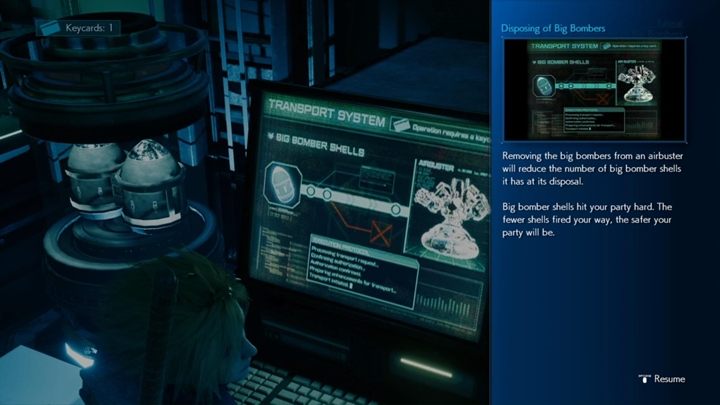 Keep going until you get to the next lab. You will find another card, and this time two boss control panels. You have to choose whether you want to use panel that disables the AI Programming Core (the enemy will use fingerbeams less frequently to stun the team), or remove the Big Bombers (the enemy will have one round less for its giant weapon). Both variants make the fight easier, but a potential hit by a Big Bomb can eliminate the entire team, while stun usually affects Cloud or Tifa. 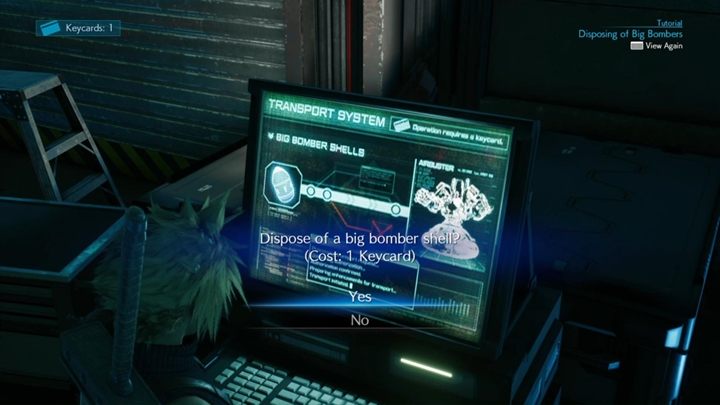 Go to the next lab and defeat a lot of enemies along the way. Once again you find one card and this time three panels. Again, the choice is up to you - we personally got rid of the Big Bomb. 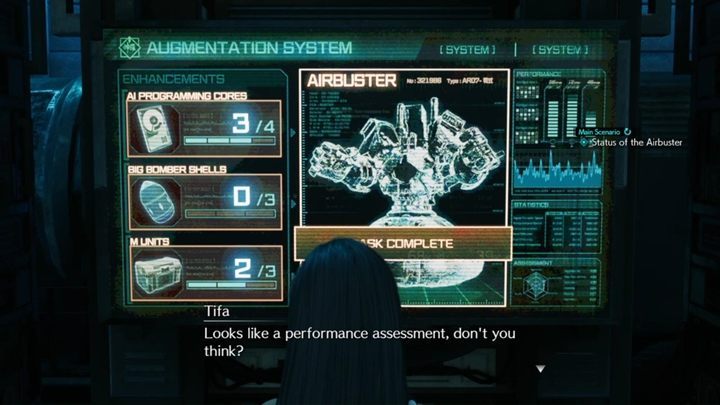 Head to the last lab. It has four panels and two cards. Again, the choice is yours - you can remove all the B-Bombs to make the fight easier. Use the nearby panel to check which boss parts have been removed. 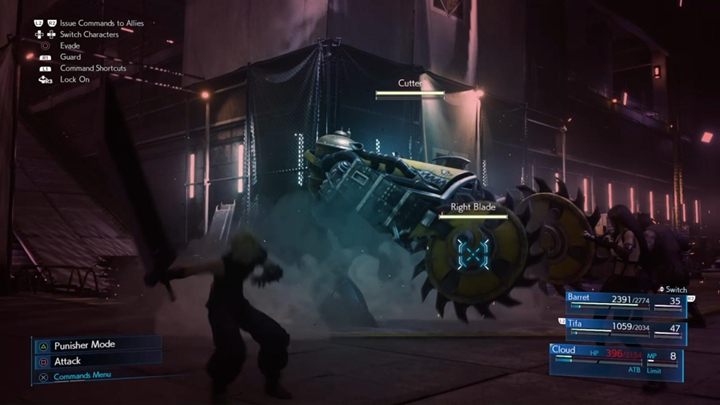 After more fighting, approach the locked door - Cutter will break through it. Thundara works great on this enemy. You can also attack with the sword when the enemy is standing idly by after the attack. Be careful - the enemy can move fast. 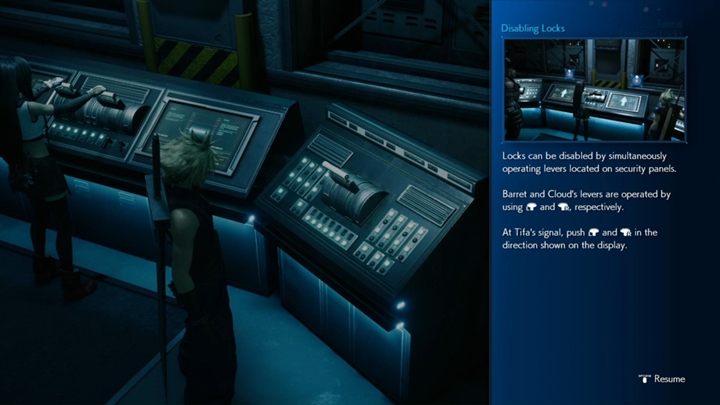 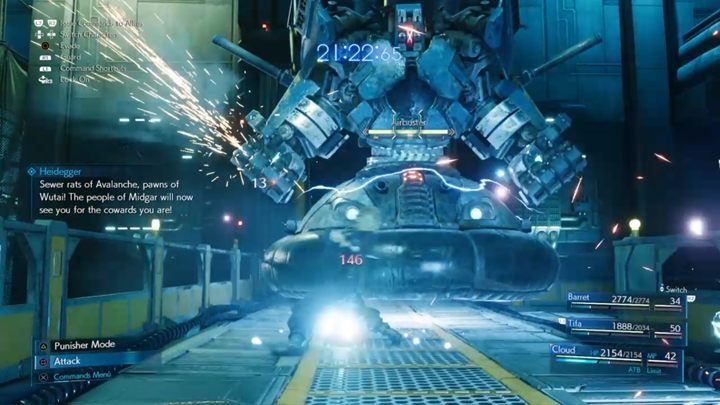 After that, restore your strength and prepare to fight the boss. Move on, and after the cu-scenes, you will face the boss - Airbuster. The fight against this robot is described in a separate chapter of the guide.