This page of the Final Fantasy 7 Remake guide contains a description of the fight against Rude. You face this opponent in Chapter 8 - Budding Bodyguard. 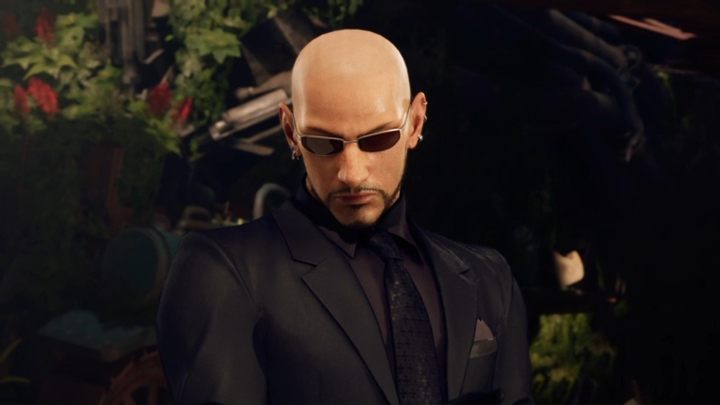 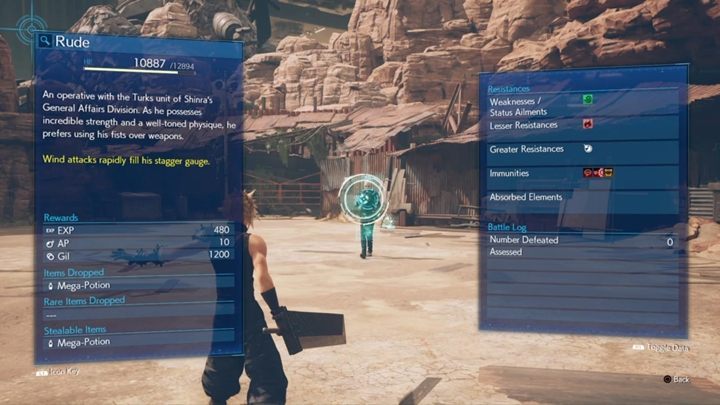 Rude has 12,894 HP and is susceptible to Wind element. If you have Aero Materia, this fight will be much easier for you. As a last resort, you can use other spells, but a pretty strategy is to rely on sword attacks.

Rude focuses on attacking Cloud (if you are controlling him) and in the first phase, he will mainly use melee attacks. He has kick and punch combos as well as other techniques. You can block and counter them using the Punisher Mode. Seize is more dangerous - he grabs you and throws at Aerith. Attack with Cloud's sword to quickly build up Rude's Staggered status. 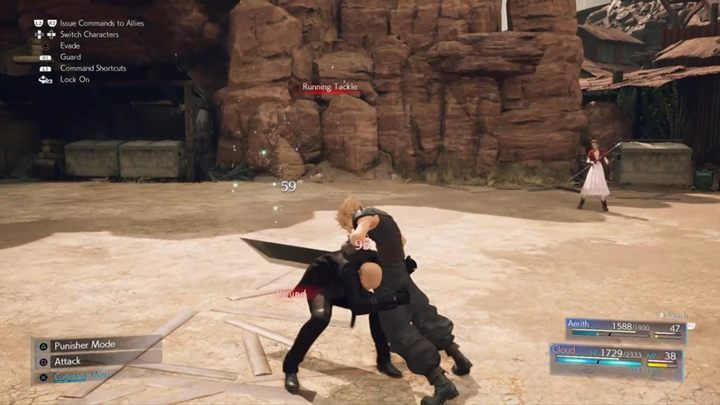 The second phase is more challenging. The boss will e.g. use shock waves and Spirit Geyser - a fire attack that launches Cloud into the air if he stands still. The enemy will also use Running Tackle - he runs towards you, grabs and throws you backwards. Use Aerith Pray and Cura/Regen skills on Cloud, and leave the offensive to the protagonist. Keep doing that, and the boss will be defeated.