The Benevolent Leader achievement in Fallout 4 is given to players who managed to organize their settlement in such way that they provided 100% happiness to it. 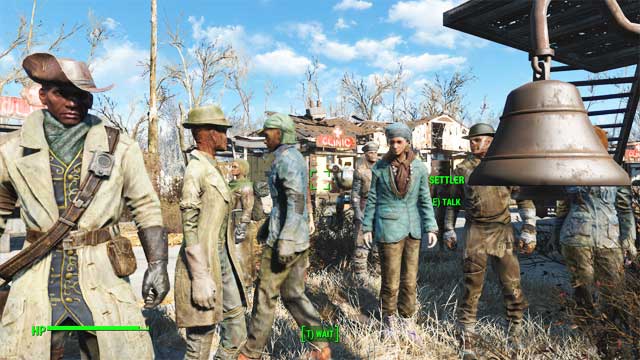 Regular gathering improves relations between humans - and makes everyone happy.

Size determines the number of complex objects that you can place in your settlement. To get the Benevolent Leader achievement, the size bar should be filled in about 90% - then he will change its color to yellow (as shown on the picture below). 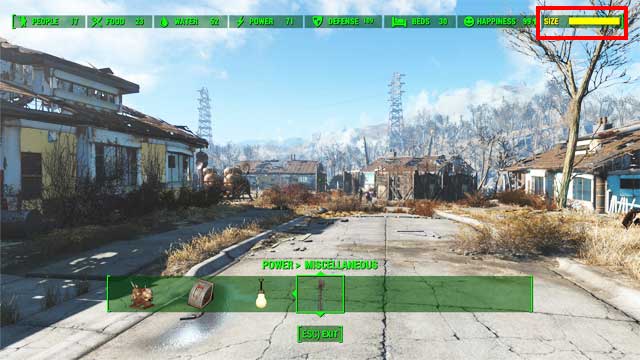 The easiest way to do it is by placing many gates that can be found in the Structures-Fences-Junk fence section (only steel and wood is required for building them). Remember to avoid obtaining too many resources by disassembling items in the developed settlement (like cars or houses) as it will reduce the size bar.

Placing the recruitment transmitters mentioned at the start of the chapter is not the only way of gaining people. The most effective way is moving settlers from other locations to the settlement that is meant to be the happiest one. In order to learn how to do it, check the Creating settlements chapter, Settlement management section, Settlers management subsection.

Number of water and food sources should be more or less same as the number of settlers (20 settlers = 20 units of water and 20 units of food). You don't need to build water purifying containers, the common, cheapest pumps will be enough. You should use the 4 + the rest rule that says that you should send 4 settlers to work on crops (the number of rations will be higher than 20 after that) and the remaining sixteen settlers are sent to work in shops.

If the settlement has a supply route, then it can obtain food by using it. According to my observations, three settlers assigned to food can be enough to keep the food number above 20. Then the additional settler working in shop will increase the speed of gaining happiness. 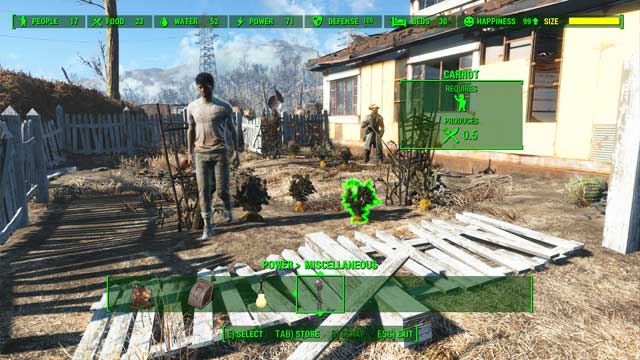 Number of food must be same or higher than number of settlers.

Power doesn't directly affect happiness. The defense indicator does and it should be higher than 100 - once that level is reached, the settlement is no longer attacked by raiders, the citizens are feeling safer and are happier. Regular turrets are enough to provide such defense, there is no need to build better ones.

Every citizen has his bed in a happy settlement. You don't need to assign settlers to specific beds - they will do that on their own. Remember for every bed to be placed in a building - forcing your residents to sleep outside will not increase happiness. 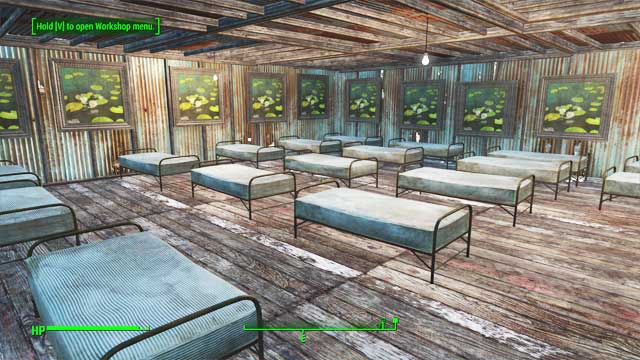 Luckily, the settlers do not care about aesthetics - as long as the roof isn't leaking, they are fine.

Shops - in addition to allowing trading - generate happiness. To get the achievement (while having 20 settlers), build 16 rank. 3 shops (clinics are best). The happiness will be also filled by other shops, but not as fast. 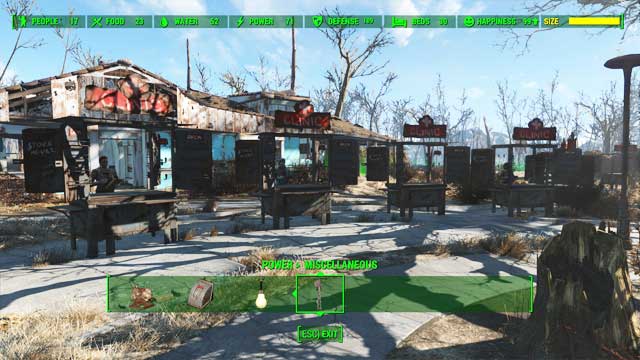 Having many clinics makes obtaining the achievement much faster.

Decorations are your last resort (if, for example, the happiness bar in your settlement for unknown reasons stops at 99 points). In critical situation you should construct enough of decorations for the green bar to appear again at the happiness indicator. Luckily, most of decorations don't require much resources. Additionally, thanks to game bug you can place one sign (that is a decoration as well) onto another infinitely - this makes the process much less time consuming.

Doing everything described above guarantees that you will obtain the Benevolent Leader achievement. 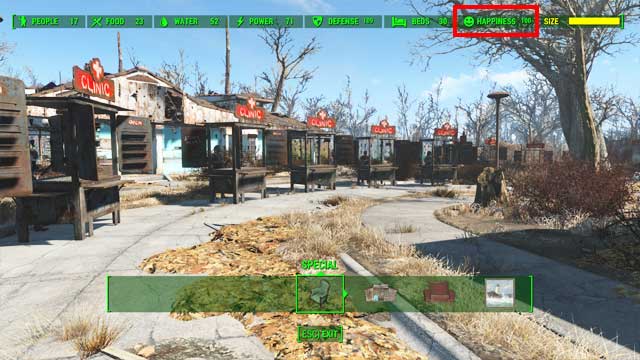