This unofficial Fallout 4 game guide offers a complex description of all of the game's content and a very thorough explanation of its mechanics. All of this should be very helpful in achieving a 100% completion without any unnecessary troubles. The guide has been divided into three big parts. The first part contains a strategy guide. The strategy guide chapters offer info on topics such as creating and developing a character, engaging in combat, exploring the world or interacting with other people.

The second large part of the guide is a walkthrough with detailed descriptions of all main and optional quests. Each quest has descriptions of all of its available outcomes, as well info on how to unlock it and what types of rewards it has in store.

The final third part of this guide is the world atlas. This enormous chapter contains primarily a high quality world map along with smaller maps of certain areas. Each map has a lot of icons informing mostly about the locations the player can unlock while exploring the world. Some of the more important locations (cities, outposts with friendly NPC's etc.) have been described in greater detail on separate pages.

Another big part of the world atlas are the collectibles. The guide tells where the player should look for the bobbleheads, unique books and other items of great value. Fallout 4 is the next installment of the famous cRPG franchise set in the postapocalyptic world. This time around the players can visit the wastelands around the American city of Boston. The game is filled with tons of interesting things to do and it's also non-linear since many of the choices can lead to different outcomes.

Colours used in our guide 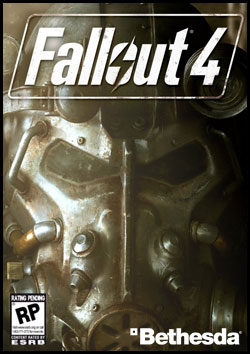 Fallout 4 is the fourth full-fledged installment in a cult post-apocalyptic RPG series originated in 1997 by Black Isle Studio and Interplay company. Fallout 4 PC offers some improvements as compared to console versions. First of all, the more powerful system you have, the better resolution and faster animation speed you enjoy, whereas PlayStation 4 and Xbox One are locked on 30 FPS in 1080p.

The story of Fallout 4 starts off in Boston suburbs, a few moments before a catastrophic nuclear attack. During this short prologue you meet the hero’s family and create your character (male or female), by adjusting his or her appearance and distributing skill points. A moment later the aforementioned attack occurs, which separates the hero from his family and puts him into fallout shelter no. 111. The action proper starts 200 years later, when your character comes out to the surface and starts his struggle for survival in an unfriendly, post-apocalyptic environment.

Depending on individual preferences, you can play Fallout 4 in first or third person perspective. Gameplay mechanics is based on solutions known to Fallout 3 veterans. Back in the game are such landmark features as S.P.E.C.I.A.L. attribute system or V.A.T.S. aiming system that allows to make a precision shot to a selected part of an enemy’s body. T

In comparison with the previous installments in the series, crafting system was much expanded, letting you recycle various objects and use them to create entirely new items or even construct buildings to provide shelter to the protagonist, his dog, and other survivors. The game offers 50 base weapons, all of which can be subjected to over 700 modifications.

The legacy of H.P. Lovecraft in video games

The works of H.P. Lovecraft are more popular now than ever before, even during his life. The Cthulhu mythos has been a source of inspiration for all kinds of media. Let us see how well it works as a setting for video games.

The modding community is Fallout 4s lifeline these days. Weve picked a dozen mods to make your return to the post-apocalyptic wasteland much more bearable.

Our series of articles dealing with the best mods for your favorite games is back, this time focusing on Fallout 4. Which mods are worth your time? How to install them? The answers to those and many more questions can be found below.