Power Armor is armor type that is iconic for the Fallout series. It provides you with greater (in comparison to other armor) resistance to physical damage, to energy weapon and to radioactivity. In Fallout 4 you can modify the Power Armor by upgrading its various parts. You can also decide about the number and type of parts connected to it (details in the Upgrades section) and some perks can make the armor more effective.

To use the Power Armor in Fallout 4, first you must obtain the frame. Frame is a skeleton to which you can connect various parts of the armor (such as helmet, legs, hands or torso). However, you can also use the frame alone as it gives you some of the bonuses offered by a full power armor, including: 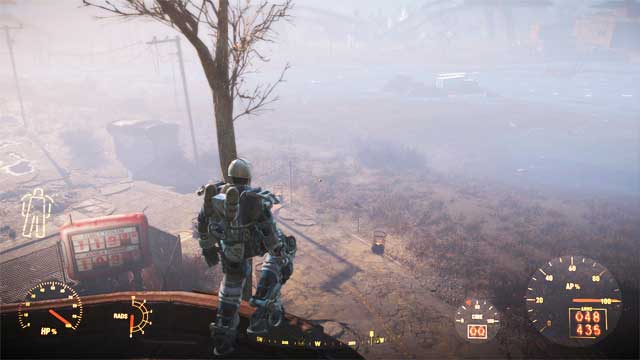 Both the frame and the power armor require a fusion core to work. How fast it is used depends mostly on actions done while wearing the armor, most of all sprint, shooting, using VATS and using armor's special upgrades (like jetpack or invisibility mode). Depleting the core will make it impossible to run and effectively use the VATS system.