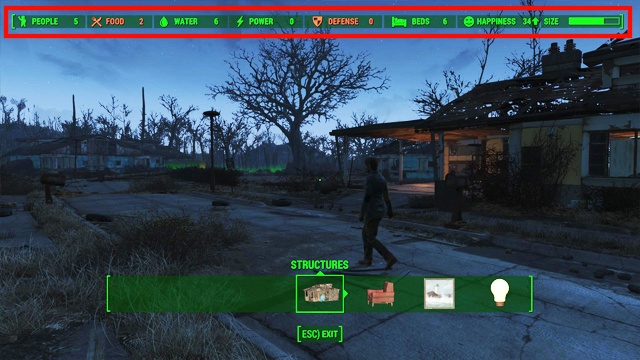 Let's focus on the indicators shown in the upper part of the screen (picture above):

The penultimate indicator, happiness, dictates the dynamic of settlement expansion. Its value is impacted by all the indicators that are shown before it. In general: the more happiness, the greater effectiveness of the settlement (gathering crops etc.).

You can use workshop mode to give orders to the settlers. In order to do it, activate the workshop mode and then walk towards selected settler and press the action button (order). From now you can: 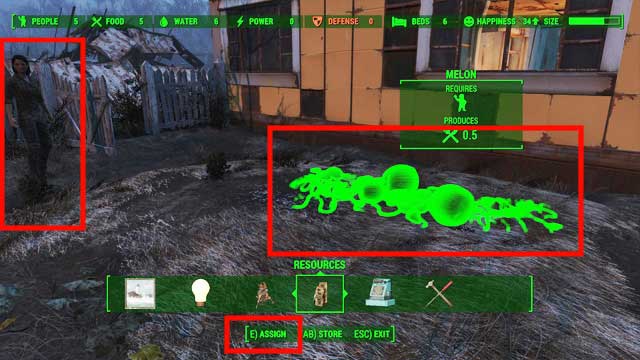 You can assign any settler you want to a specific crop. 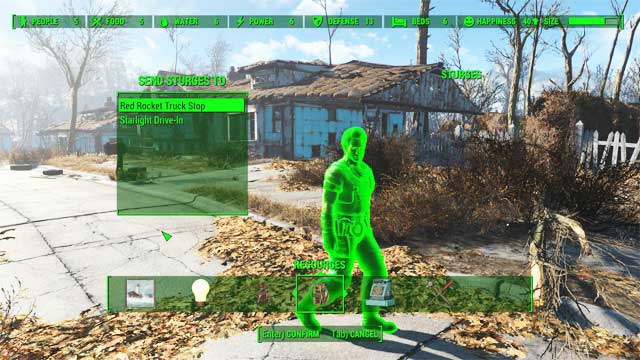 In order to activate a supply route, go to workshop mode, find a free settler, move your cursor on him and then press the button responsible for activating the VATS system (assign to action: supply route). Then select a settlement (check the picture above). The selected settler will now start traveling with a caravan between the settlements. 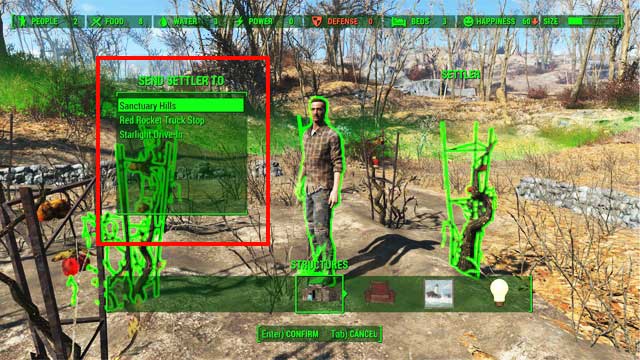 Information about number of and connections between the supply routes can be received by pressing the walk button while seeing the map (check the picture below).