How to unlock: You must complete the Political Leanings Institute quest and then become the enemy of the faction and go to Diamond City. 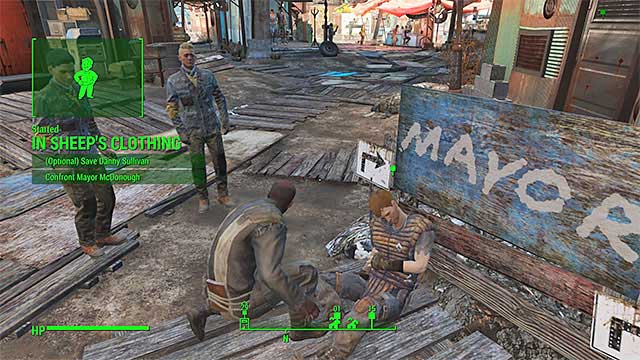 Unlocking this quest isn't an easy matter as first you must complete some very specific requirements. After you reach the Institute in the main story of the game you must start cooperation with that faction and complete quests for it. Take interest especially in the optional Institute quest called Political Leanings during which you must take a report from mayor Mcdonough from Diamond City who is a synth. After completing this quest you must become an enemy of the Institute which will be signaled by unlocking the Banished from the Institute quest. However, you must do it before you start the last Institute's main quest - the Nuclear Family. You can become the enemy of the institute by killing Father or one of the scientists that can be found inside that faction.

If you fulfilled all the requirements described above, you can move to Diamond City Market. Once you reach it, you should notice seriously wounded Danny Sullivan at the stairs (the picture above). Walk towards him and the quest will be added to the journal. 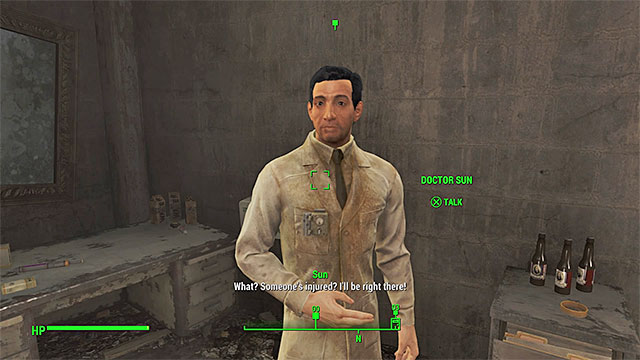 You can ask doctor Sun for help

The simplest way of saving Danny Sullivan is by initiating a conversation with him and then using one of the stimpacks you have (an option to do that will be available during the conversation). If you don't want to use stimpack, you can provide a medical help for him. If Curie is traveling with you, she will volunteer to help. Otherwise you must visit the Mega Surgery Center and ask Doctor Sun for help. 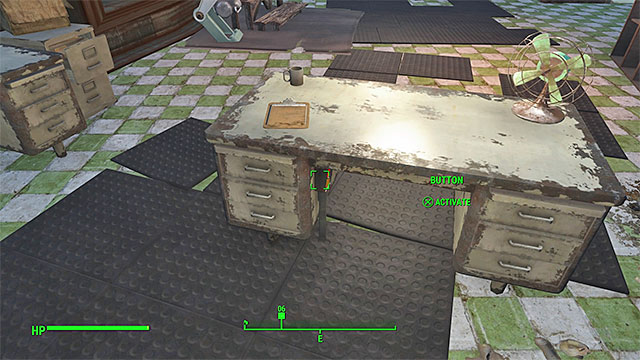 The button is under Geneva's desk

Use the stairs to reach the elevator leading to mayor's office. Once you reach the destination you should notice Piper trying to get through the closed door leading to mayor's office (unless she was accompanying you). The easiest way to get into the office is by finding the button under the desk of mayor's secretary. Optionally you can use bobby pin on the lock in the door (such action will be not approved by Piper as in theory it will mean breaking into the office). 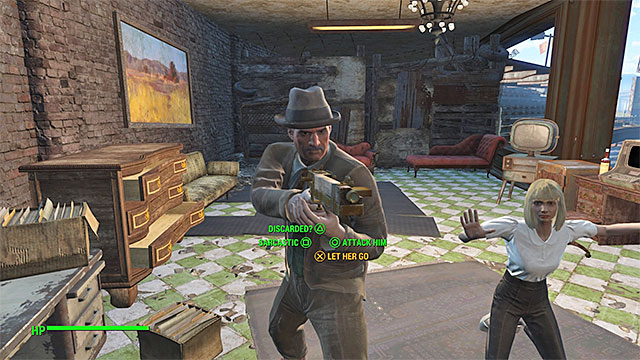 During the conversation with the mayor you can use Charisma

Enter the office after opening the door and walk close to mayor McDonough that is holding secretary Geneva hostage. If you want, you can decide not to wait for how situation goes and immediately shoot the mayor down. Such action will end in immediately completing the quest.

Optionally, you can speak with the mayor and during the conversation use Charisma to convince McDonough to release Geneva. You can then select one of three behavior options - allow the mayor to leave the city (the only option which will not end in his death), attack him or say that he should be judged by the citizens of Diamond City. If you selected the last option, the battle will start and your persuasion attempt will be approved by other people (including Piper).

Important - If Geneva hasn't died during the quest described above, she will take the mayor's duties. If you did not manage to save her, Diamond City will have no one to rule it.