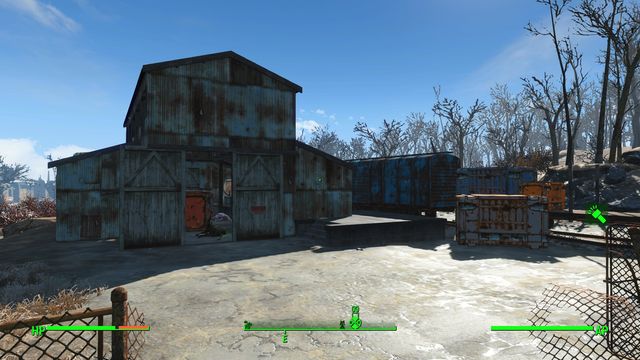 Boston Police Rationing Site is an abandoned building that you can access across the opened window. First, jump onto the containers, then onto the train and climb onto the roof. Now, you only need to the other side of the building, where there is an opened window. Inside, there are several molerats.

Inside, there is an expert crate, some ammo, a terminal thanks to which you can activate the robot and stairs down into Mass Pike Tunnel.

In the first room of the underground complex, you encounter several radroaches and you find a fusion core. 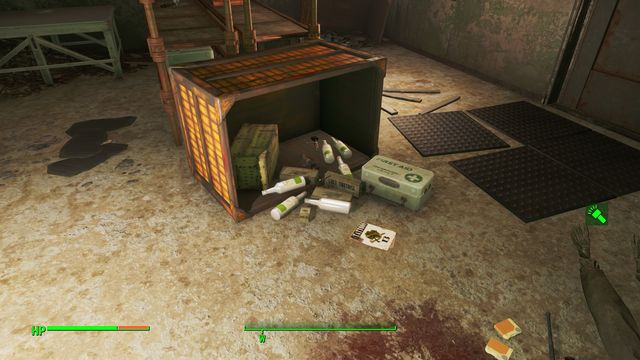 After you go down to the room below, around the flipped container, you find lots of cigarettes and alcohol. Among them, there also is an issue of Taboo Tattoos. Next to it, you also find a holotape with the password for the terminal.

The second part of the complex has a connection to a big metro station. You can reach two exits to the surface, this way, one on the East and one on the West.

In the room to the North, more or less in the center of the complex, you encounter a group of ghouls, including the Glowing One.